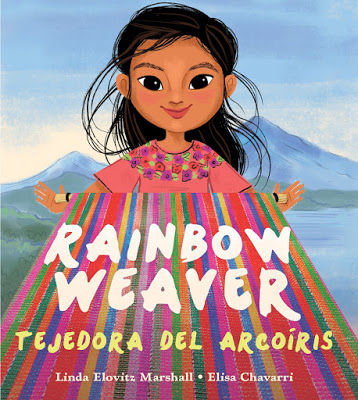 Illustrator Elisa Chavarri on the Art of Rainbow Weaver/Tejedora Del Arcoiris by Keilin Huang from the Lee & Low blog. Peek: “I worked digitally, but I’ve included an example of some of the sketches, and the early character design concept art, (before I figured out the appropriate dress), and some unused artwork/ideas.”

Imagine Yourself a Young Reader in the Margins #OwnVoices: Three Takes by Ebony Elizabeth Thomas from School Library Journal. Peek: “Those of us who hold literacy to be a transactional social practice believe that meaning is never located solely in texts, but instead is made through the work of readers as they relate to, interact with, and understand stories.”

Two NY Teens Fight School Assignment Requiring Defense of Genocide by Liza Wiemer from Adventures in YA Publishing. Peek: “For both young adults, the idea of advocating for the extermination of a people should never be legitimized by intellectual debate. As an alternative assignment, Archer and Jordan presented … a four-page plan, suggesting extensive analysis of non-fiction and fiction Holocaust books to promote critical thinking.”

Up-And Comers On Their Best Publishing Moments by Kelly deVos from Adventures in YA Publishing. Peek: (Gloria Chao, American Panda, Simon Pulse, Spring, 2018) “Suddenly, there was a real possibility that my book could help a teen feel accepted and seen. Of course, I couldn’t have gotten there without other favorite moments like deciding to write my Own Voices story….”

Spells, Palls, and Poisoned Apples by Donald Maass from Writer unBoxed. Peek: “The main difference between the spells, palls, and poisoned apples that befall us and those that befall characters in stories is that we mostly brush those things off.  For us, those things pass.  In stories, they don’t. Or shouldn’t.” 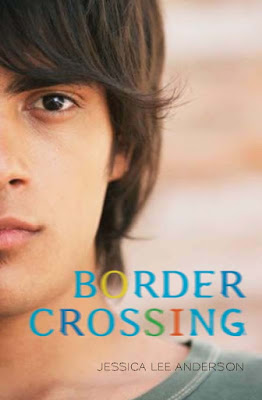 Member Interview: Jessica Lee Anderson from  Austin SCBWI blog. Peek: “While I’m not a native Texan, Texas feels so much like home that it often becomes the setting in my various novels. I’ve created fictional Texas towns like I did in my young adult novel, Border Crossing, and I have researched real Texas treasures like Uncertain, Texas when I was drafting Uncertain Summer (CBAY Books, September 2017).

Celebrating Small Publishers: An Array of Remarkable 2017 Titles from the Smallest Houses by Elizabeth Bird from School Library Journal. Peek: “While they (The Big Five publishers) have the capital and resources to wine and dine the masses, loads of independent presses are out there making a living, scrambling about, and generally filling in all those gaps the biggies ignore.”

How Can Picture Book Readers Feel It If I Don’t Tell It? by Deborah Halverson from DearEditor.com. Peek: “I understand the desire to convey a sensual experience. I generally encourage picture book writers to avoid statements that explicitly tell how the character feels….The beauty of telling stories via the picture book format is that the art and page turns do part of the work.”

It’s a Brave New World for Teachers and Librarians by Shannon Maughan from Publishers Weekly. Peek: (Lorena German, High School English Teacher, Austin, Texas) “…we are currently reading Gene Luen Yang’s American Born Chinese….and we are learning about the Asian-American experience in the U.S., stereotypes, microaggressions, the model-minority myth, and more. It is my job to go beyond literary and academic preparation and equip my students to be loving, intelligent, critical thinkers in our world.

Want to Grow As a Writer? Transform Your Critique Group by Michael Hauge from Writers Helping Writers. Peek: “It took me a long time to realize, but my best coaching always occurs when I listen….outstanding critique groups want to know how the writer sees her own story.”

Are You Clear About Your Writer Persona? Going Public by Design by AM Carley from Jane Friedman‘s blog. Peek: As writers, we don’t always know how much of ourselves to share with the public. I believe it behooves each of us to create and curate an author persona—the public face for our work.”

An everyday girl, a dashing werecat and an awkward wereopossum (with a secret even he doesn’t know)! In May, the ebook edition of Feral Nights is on sale for only $1.99. See more information!

“Smith’s blend of supernatural suspense, campy humor, and romantic tension is addictive; allusions to both pop culture (‘Thriller,’ Monty Python) and literature (The Island of Dr. Moreau, The Most Dangerous Game) add to the fun.” — The Horn Book

“Smith’s fantasy smoothly switches between the three protagonists’ perspectives, while expertly blending the mythical and the modern. The story’s sharp banter and edgy plot make for an entertaining and clever story about loyalty and reconciling differences.” — Publishers Weekly

Thanks to my wonderful intern, Gayleen Rabakukk, for reading my revised YA manuscript (Candlewick, 2018) aloud to me this week.

There’s a point in the process when I honestly can’t see typos or missing words any more, and right now that’s close to where I am when I’m reading quietly to myself. For me, reading aloud helps.


Someone else reading aloud, especially someone who hasn’t read it before is key. She brings fresh eyes and voice to the process. Errors leap up and wave their hands for attention.

I’ve already keyed out a letter to my editor, Hilary Van Dusen, thanking her for her insightful feedback on the initial draft and detailing my revision journey.

The manuscript has been much changed. Basically, I began by deleting about 16,000 words of navel-gazing and boring-ness and then retooled tone and deepened character while reconfiguring plot scaffolding. It’s fascinating to me, though, that the seeds of those changes were largely already present in the existing draft.

My friend and VCFA faculty colleague Tim Wynne-Jones speaks about the “inner genius” and the importance of reading yourself. Don’t let the word “genius” throw you; it’s essentially about trusting your subconscious to plant clues and encouraging your conscious mind to embrace those opportunities.

And–I am so excited!–2018 will be the biggest year ever for Native YA girl protagonists!

Huge congratulations to Dawn Quigley (Turtle Mountain Band of Chippewa), whose debut YA novel, “Apple in the Middle” (2018), is the second manuscript accepted for the Contemporary Voices of Indigenous Peoples Series at North Dakota State University Press!

From the publisher: “Dawn Quigley recently received the Denny Prize for Distinction in Writing. She is published in more than twenty-five Native American and mainstream magazines, academic journals, and newspapers, with a forthcoming piece in American Indian Quarterly. She works as assistant professor at a Minnesota university, and she is a PhD student at the University of Minnesota. She is also a consultant on Native American literature for the Minnesota Department of Education, and she hosts a blog about Native literature.” 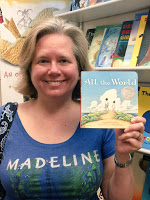 My daughter and I had a great outing Saturday doing the Austin Bookstore Crawl, part of Independent Bookstore Day. According to Publishers Weekly, 458 stores participated nationally. In Austin, a list of scavenger hunt tasks was posted the night before that required taking a picture in each store.

At BookWoman we need to take a picture with an inspiring children’s book. I chose Liz Garton Scanlon‘s All the World (Little Simon, 2015) board book. Scavenger hunt rules then required posting the photos to social media, tagging the bookstore and using #atxbookstorecrawl. Participants who visited at least three stores were entered into a drawing for books and swag from all the stores. I don’t have sales statistics, but clerks at all the stores I visited said they were busier than usual.