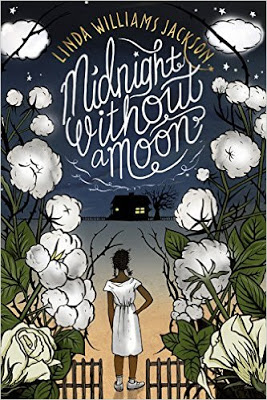 Where Do We Go From Here? from The Brown Bookshelf. Peek: “We may sign on to petitions and open declarations, forward emails, RT, and ‘like’, and these can all be good and powerful things. But we believe that it’s important to reflect on how we will hold ourselves accountable, how we will act, and reflect….”

18 Middle Grade Authors on Writing Girl Characters After the Election by Karina Glaser from BookRiot. Peek: “For many of us, the hardest part of the election was waking up the morning after and realizing that we would have to explain to children that a man who belittled women throughout his campaign had just been elected to the highest office in the nation.”

Editors at the Top! Interviews with Anne Schwartz, Neal Porter, and Allyn Johnston from Picture Book Builders. Peek from Allyn: “The text of a picture book is more like poetry than prose. It needs rhythm and succinctness and not a bunch of description and dialog. …it needs ‘perfect words in perfect places.’ And not too many of them.”

The Dreaded Editorial Letter by Densie Webb from Writer Unboxed. Peek: “It was like someone telling me I’m beautiful, while punching me in the gut, knocking the air out of my lungs.” See also How to Use Fiverr to Create a Book Trailer by Therese Walsh.

Why Does Your Character Do That? A New Look at Backstory by Darcy Pattison from Fiction Notes. Peek: “The function of the origin scene is establish firmly the Misbelief that will plague the character throughout the story.”

10 Books for Children About Kindness by Jalissa Corrie from Lee & Low. Peek: “…books can change a reader’s perspective and open a reader’s mind to a different world, a different culture, and a different way of life. In celebration of empathy and kindness, we’ve collected a list of recommended books that encourage kindness, giving, and open-mindedness.”

Page Time for Adult Villains in YA Fiction? by Deborah Halverson from Dear Editor. Peek: “…don’t fall into the trap of thinking backstory will deepen your antagonists. In fact, being stingy with info about motivations and circumstances can enhance the mystery of your bad guys and their nefarious deeds, making us wonder about them.”

10 Native Titles for Gifting by Jessica Fleck from Kidliterati. Peek: “…here’s the perfect list for you to support Native titles this holiday season while also spreading knowledge and awareness.”

How Novelists Can Infuse Their Scenes with Color from C.S. Lakin. Peek: “Filmmakers sometimes tone everything down except for one or two objects in the frame to make them stand out. A POV character can also perceive something similarly when one object appears to be brighter than anything else around it, or a glare of light shines on it, highlighting it in a symbolic way.”

Creating Thunder Boy, Jr. — It Takes a Village by Alvina Ling from Design of the Picture Book. Peek: “Sherman and I continued to work on the ending—we felt that the resolution was happening too quickly. Here’s the previous ending text….”

2016 Favorites List: Libros Latinxs from Latinx in Kidlit. Peek: “…this year’s releases offered picture books that we found irresistible, early reader/chapter books that charmed us to the core, and works of fiction and nonfiction sure to thrill middle-grade and YA readers. Librarians, parents, and teachers, please consider adding these selections to your bookshelves.”

Feeling the holiday spirit? I am!

It’s been quiet here, as I’ve been grading the last round of packets from my Vermont College of Fine Arts MFA students and writing end-of-the-semester evaluations.

Teacher Cyn is in charge.

But I’ll start writing again soon, even as I continue teaching and public speaking.

I received my editorial letter from Candlewick this past week (huzzah!), and I’m so excited to dive into revisions.

My editor’s biggest-picture concern is that, while the A and B plots run parallel and compliment thematically, they don’t seem sufficiently linked.

Reflecting on what’s already in the manuscript, I already see a solution. I’m going to bullet point out that part of the arc and then look at how to merge it into the whole. Yay!

My new deadline is the end of March, and I have a lot going on between now and then–the winter holidays, the VCFA residency and Kindling Words East in Vermont, an Open Book event and Association of Writers and Writing Programs conference in Washington, D.C., and the SCBWI National Winter Conference in New York City. (I hope to see many of you during my time in the northeast U.S.!) And there’s of course preparation to be done–manuscripts reviewed, speeches written and delivered, for those events, too. Whew!

But here’s the thing. Once I have a toehold into a revision, I can quickly make notes and sketch out scenes as inspiration strikes. And in the midst of that creative whirlwind, the fresh ideas will come. So, while it won’t be all sustained focus, I’ll still benefit from ah-ha! moments and heightened energy.

Special thanks to Amy Rose Capetta for her series this week, Something Good Happened in 2016: LGBTQ YA Lit. Spend a little time learning from her posts, signal boost if you’re inclined and support the highlighted books and authors. Like all diverse books, LGBTQ lit benefits most from word of mouth. You can make a positive difference!

Great news! This month Feral Nights (Book One in the Feral Trilogy) is on sale for $1.99 at Evolt.