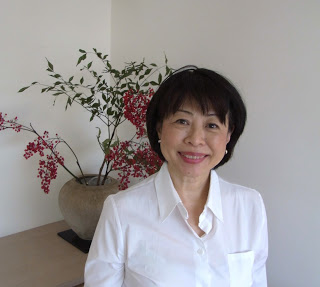 
Naomi Kojima is an author and illustrator of children’s books. Born in Japan, Naomi has divided her life between Japan and the United States. Her first two picture books, Mr. and Mrs. Thief and The Flying Grandmother were published in New York.

Since then, her books have been published in Japan, France, Sweden and Indonesia.

Living and working in Tokyo, she is that author and illustrator of picture books The Alphabet Picture Book and The Singing Clams. She has been a keynote and presenter at major Asian conferences including the Asian Festival of Children’s Content in Singapore and has given illustration and picture book workshops in India and Indonesia.


Naomi serves as the illustrator coordinator of SCBWI Japan.


Welcome Naomi! Thank you for taking the time to answer some questions about your career as an illustrator, and about serving as a judge for the SCBWI Bologna Illustration Gallery (BIG).

Can you tell us about how you entered the field of illustrating children’s books?

When I was a child, I wanted to become a writer of children’s books and illustrate my stories. I went to the school library almost every day, and read and talked to the kind librarian until it was time to go home. I would look at the bookshelves and dream that someday, my books would be on these shelves, and a child like me would take them off the shelf, read it and enjoy it.

I made my first picture book for a class assignment during my senior year at Rhodes College in Memphis, Tenn. The story was based on my friend’s next door neighbor. We were sure they were thieves!

I knew in my heart that I wanted to keep on writing and illustrating picture books. But I had no idea how to start on the path as a writer and illustrator of children’s books. I went back to Japan after graduation, and worked as an art teacher. 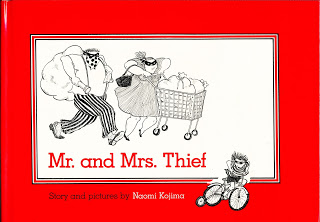 By attending the meetings, I learned how to make picture books. I worked on Mr. and Mrs. Thief, and received critique at the monthly meetings. After several revisions, Jane told me that Mr. and Mrs. Thief was ready. I made five appointments with publishers in New York City, and the editor at the second publisher showed strong interest in Mr. and Mrs. Thief and another picture book dummy The Flying Grandmother. Three weeks later, she called and gave me a contract for both books.

It was Jane and SCBWI that helped me make my childhood dream come true. And do you know what? The library at my elementary school in Tokyo has a special shelf for my books!

How did you discover your illustration style?

My illustration style is influenced by the illustrations from the books I used to enjoy as a child. One book I liked was a collection of New Yorker cartoons. It was my parent’s book, and I couldn’t understand the captions and I didn’t get the jokes, but I thought the black and white illustrations were so clever. I was amazed how much could be expressed in just black and white.

Another book I loved to look through, turning from page to page, was the Fireside Book of Folk Songs, which is a 300-page songbook. I didn’t know the songs, but I would look at the illustrations and try to imagine what the ballads were about.

Many years later, I realized the illustrations were by Alice and Martin Provensen. That was a wonderful surprise!

During my school years in Japan, I was fascinated with the illustrations by E. H. Shepard in Winnie-the-Pooh; with Walter Trier, who illustrated many of Erich Kaster’s books; with Edward Ardizzone in The Little Bookroom; and Pauline Baynes, who illustrated the Narnia books.

Naturally, I chose pen and ink and water colors for my illustrations.

Do you have a favorite artistic medium for your illustrations?

I like to work in pencil too. The illustrations for Singing Shijimi Clams are done in pencil. I used a mechanical pencil to get a very fine and sharp line.

Has that changed over the course of your career?

No, it hasn’t changed much. I experiment with markers and crayon, but I go back to pen and ink, pencil, water colors and colored pencils.

Do you illustrate your own stories, the stories of other writers, or both?

I have illustrated four stories by Japanese fantasy writer Sachiko Kashiwaba. The most recent book we worked on together is Princess Tapir’s Classmate. Her stories usually have mythical beasts and animals, which is a challenge, but also fun to illustrate.

What are the differences and/or similarities in the creative process when illustrating your own or other people’s stories?

The biggest difference is, if you are writing and illustrating your own story, you are responsible for everything: the content, the plot, the structure, the quality of writing and art.

When you illustrate other people’s stories, your mission is to interpret the story, and make illustrations that represent and enhance the story.

The similarity is that you give your best to make a beautiful book.

As a judge for the SCBWI Bologna Illustration Gallery, what makes an illustration stand out to you? 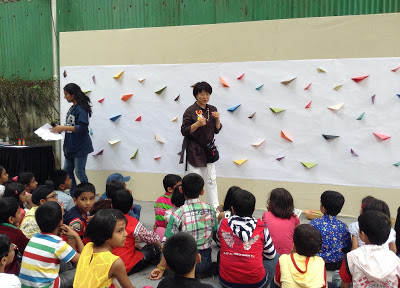 Good illustrations have the power to draw you in instantly, and make you want to keep looking. The more you look, the more you see. It seems there are layers of things to look at.

It could be the movement of fine lines, the confident brush strokes, the subtle and rich colors, the careful details, the striking composition, the humor, the playfulness, the expression of the face or body that evokes a feeling, and reminds you of a place or time.

There are illustrations that are successful in catching your eye by using strong colors and composition, but when you look closely, you notice it is a dead end, that you cannot see or feel the artist, and you cannot go any deeper than the surface. Depth is an important quality in good illustrations.

The successful illustrator seems to know when to stop and when to add. This sense of balance, I believe, comes from training and experience, from many hours of drawing.

What are the benefits for illustrators from submitting their work to showcases such as BIG?

The biggest benefit for submitting to BIG is the opportunity of having your work displayed at the SCBWI Showcase at the 2016 Bologna Book Fair, where people in the children’s book business from around the world will come to browse.

Another benefit is the digital version of the shortlist portfolio, where thumbnails of artwork and contact information will be on display on the SCBWI website. SCBWI continues to display portfolios from 2010. This is wonderful, as it gives illustrators from around the world an opportunity to show their work on a long-term basis. Many editors come to the SCBWI website to find illustrators.

As you can see from this shortlist, the quality of the illustrations were very high. The judging process required a lot of concentration and energy, but I enjoyed every moment of looking at the submissions.

I know it takes a bit of courage to submit work to illustration contests, but when you submit, you are taking a step forward and making a commitment to your career as an illustrator.

What qualities do you think are important for an artist to have in order to be successful in the field of illustration for children’s books?

Good drawing skills, a love for children’s books, determination, perseverance, patience, objectivity and believing in yourself. And if you want to be a picture book illustrator, read many, many picture books.

What is the one thing you wish someone had told you at the beginning of your career as an illustrator?

That life is much too short to make all the story ideas I have into picture books!

Thank you Naomi for your time! It’s been a pleasure talking to you. 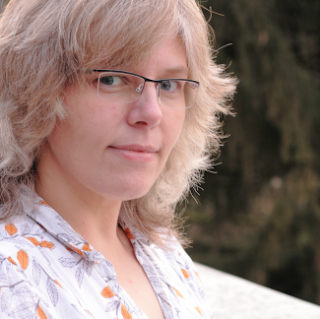 When not writing, she can be found walking the dogs, playing board games, and spending time with family and friends. Find her on Twitter @fictionforge.