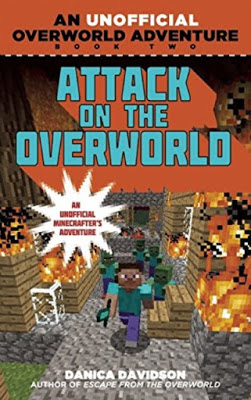 Danica Davidson, welcome back to Cynsations and congratulations on the release of Attack on the Overworld
(Skyhorse, 2015)!

What inspired you to choose the particular point of view–first, second, third, omniscient (or some alternating combination) featured in your novel?

Usually I don’t decide what point-of-view I want to use, because the story comes to me with the point of view already intact, if that makes sense.

My new book, Attack on the Overworld, is a sequel to Escape from the Overworld (author interview), and both times the story “came to me” in first person.

I’d just sold a manga book to Skyhorse Publishing and was pitching a YA series with my agent when Skyhorse asked if I could come up with a pitch for a Minecraft book.

I came up with a proposal for a fictional middle grade novel pretty quickly, because Stevie, the main character of the books, came to me pretty quickly. I didn’t know his name was Stevie yet, but he was a kid living in the Minecraft world and I could picture him and I could start hearing his voice running in my head, telling his story.

I was a little hesitant at first to write it in first person, because when I took a look at the other Minecraft books out there, they all seemed to be in third person. I was bucking the trend. I tried thinking about Stevie’s adventures in third person, to see if I could shift, and then the words wouldn’t come. Stevie had made it pretty clear he wanted me to tell this from his point of view.

So how was I going to write as if I were an eleven-year-old boy, even though I wasn’t eleven or a boy?

Well, that’s the fun of it. Like actors taking on different roles, I often like to write from the point of view of people I’m not. To help me “get in character,” I read my writings from when I was eleven and other books aimed for the same age group.

With the first book, Escape from the Overworld, Stevie introduced himself pretty quickly, but I was still getting to know him. For the sequel, he was like a friend and it was easier to bring out his voice. 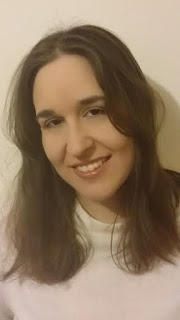 I think fantasy can be a great way to creatively look at real issues in a new light. In Escape from the Overworld, the characters deal with feelings of insecurity and bullying from schoolmates. In the sequel, Attack on the Overworld, I decided I wanted to take on cyberbullying.

The setup is that Maison, an eleven-year-old girl who lives in our world, accidentally creates a portal to the Minecraft world with her computer. This is how she meets Stevie and he gets to visit our world.

But in the sequel, cyberbullies hack into Maison’s computer and get to the portal. They let themselves into the Minecraft world, turn it into eternal night (this is when the monsters come out during the game) and unleash zombies on the village. Soon the village is overrun and Stevie and Maison are the only ones in the area who haven’t been turned into zombies.

A realistic take on cyberbullying? Well, no. But through this creative way of talking about it, I can show how devastating cyberbullying can feel. It also lets the different characters (including the cyberbullies) talk about how cyberbullying affects them. The cyberbullies, one in particular, talk about why they first started bullying people online, and once they can understand the driving force, they can take steps to change. The book also shows how kids who are cyberbullied can stand up for themselves and go to adults for help.

A lot of the articles I’ve read on cyberbullying have repeated the same information and don’t really have any emotion to them, because they’re reporting. By giving characters these issues, I think it makes it more emotional and I hope it gets people more able to talk about cyberbullying.

Because I’m a public figure working online, I’ve been cyberbullied. Then I’ve read articles about people who have been so badly cyberbullied and so hurt by it that it’s messed up their lives. This is not something we should be ignoring or dismissing.

Coincidentally, the YA series I’m shopping around is also a fantasy that takes on real life issues that teens face . . . hopefully this is something I can soon be sharing with readers as well! 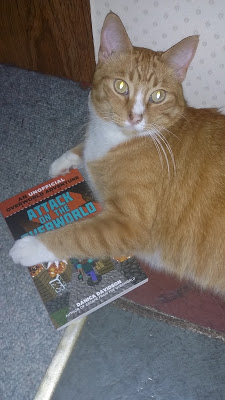