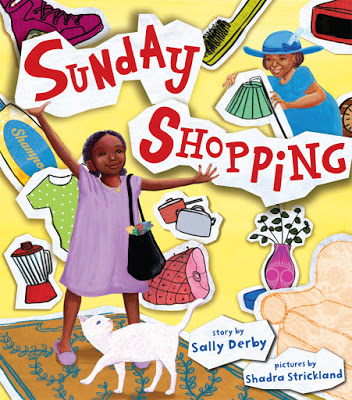 Shadra Strickland and Sally Derby Discuss Their New Book & Diversity in Publishing from Lee & Low. Peek: “I know many people think no one should write outside their own culture. But I think I have the right to write any way I want about anything I want. After I’ve written it, if I didn’t get the voice ‘right,’ people are free to say so and explain what is lacking or wrong.”

Characters Who Surprise by Brian Yansky from Brian’s Blog: Writer Talk. Peek: “Make a Buffy a vampire slayer instead of the heroic warrior or make a detective have some personality trait that seems like it would make it hard for them to do the job but, in fact, also helps them to do it. For example, Monk.”

Seven Jewish Authors Get Personal About Anti-Semitism from We Need Diverse Books. Peek: “Here’s the question I asked these seven authors: How have you seen anti-Semitism expressed, either in the media, on the internet, or in your personal lives? And this is how they answered.”

Three Agents on How Soon Is Too Soon to Query? from Adventures in YA Publishing. Peek: “…most agents and editors are looking to clear desks in time for the New Year rather than take on more. So, it’s to an author’s interests to take the time to revise rather than rush.”

Why Book PR Needs Lead Time & Lots of It by Sharon Bially from Writer Unboxed. Peek: “I know it sounds counterintuitive: at long last a book has hit the market, it’s time to tell the world! But in fact, this is a far cry from how things work on the back end.”

Who Knows More About Story: Writers or the Pentagon? by Lisa Cron from Writer Unboxed. Peek: “Story as a way to maintain dominance over the world? How could a technology that’s as old as our brain do that?” 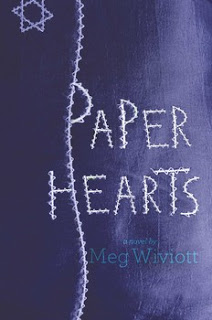 Congratulations to Nova Ren Suma on joining the the faculty of the MFA program in Writing for Children & Young Adults at VCFA!

Congratulations to Mitali Perkins on the news that her book, Rickshaw Girl, is being made into a movie!

Reminder! Want to read something spooky? The electronic editions of Diabolical and Feral Curse (both Candlewick), are on sale this month for $1.99!

Another Reminder! I will be featured at the 20th Anniversary Texas Book Festival on Oct. 17 and Oct. 18 in Austin. I look forward to joining Ann Angel and Varian Johnson in discussing the anthology Things I’ll Never Say: Stories About Our Secret Selves (Candlewick, 2015).