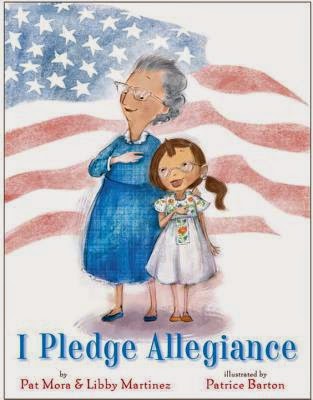 Congratulations to Patrice Barton, Libby Martinez and Pat Mora on the release of I Pledge Allegiance (Knopf, 2014)! From the promotional copy:

Libby’s great aunt, Lobo, is from Mexico, but the United States has been her home for many years, and she wants to become a U.S. citizen.

At the end of the week, Lobo will say the Pledge of Allegiance at a special ceremony.

Libby is also learning the Pledge this week, at school—at the end of the week, she will stand up in front of everyone and lead the class in the Pledge.

Libby and Lobo practice together—asking questions and sharing stories and memories—until they both stand tall and proud, with their hands over their hearts.

Surviving Nearly There by Robin LaFevers
from Writer Unboxed. Peek: “It can be a gift, a chance to strengthen
your writing and your voice so that when you do get published, you have a
greater chance of being published well, rather than simply being
published.” See also An Open Letter to Unpublished Writers by Ginger Johnson from Quirk and Quill and Biggest Best Effort by Catherine Linka from The Writing Barn.

Staying Productive by Chris Eboch from Project Mayhem. Peek: “…after eight 60-hour weeks, productivity has dropped so low that most groups would be better off if they’d stuck with a 40-hour workweek the whole time.” 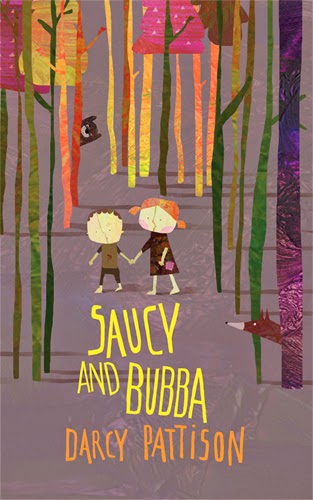 Where Does Your Story Fit in the Conversation of Books? by Darcy Pattison from Fiction Notes. Peek: “I shunned the whole zombie thing until my hairdresser raved about ‘Warm Bodies,’ a movie that took Shakespeare’s ‘Romeo and Juliet’ and updated it with zombies. Really? You could do that?”

Picture Books for Launching Mathematicians by Lola Irele from the Horn Book. Peek: “The books need to interest students, embed rather than simply present math concepts, lend themselves well to differentiated extension activities, and of course, be fun!”

We Need Diverse Books: But Are We Ready to Discuss Them With Our Kids? by Elizabeth Bird from A Fuse 8 Production at School Library Journal. Peek: “…if we want parents to have serious discussions about race with their four and five and six-year-olds then we need to have books that help to do this.” See also Talking Diversity with Young Children by Monica Edinger from Educating Alice and These Diverse YA Books Need to Become Movies Now by Brenna Ehrlich from MTV.com.

Mental Health in YA Lit: A Reading List by Stephanie Kuehn from YA Highway. Peek: “I thought I’d put together a list of YA books from the last ten years that address mental illness as a main focus and/or influence.”

Making a Difference Through Publishing by Wade Hudson & Cheryl Willis Hudson, founders and publishers of Just Us Books, from The Brown Bookshelf. Peek: “Purchase at least five of these (diverse) books to share with children other than our own— whether they
are our neighbors’, friends’ or co-workers’ children; children at our places of worship or local youth organizations; or for donation to other organizations in our communities.” 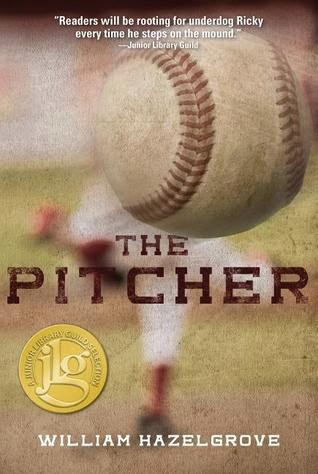 How An Adult White Guy Came to Write About a Latino Teen by William Hazelgrove from Latin@s in Kid Lit. Peek: “I read a lot of accounts about Dream Kids in this country and how they had made their lives and then were in danger of being deported. That was really how I got the idea of making Ricky a Dream Kid.”

Breaking the Rules in Worldbuilding by Mary Kole from Kidlit.com. Peek: “Let’s stick with magical world building. What happens when someone tries a spell that nobody has tried before? The answer to this question lies in more rules, not fewer.”

Concocting Fiction from Fact: Using Research to Tell Better Stories by Keith Cronin from Writer Unboxed. Peek: “I recently discovered a large and densely populated forum devoted entirely to shaving with old-fashioned safety razors. There are many members with thousands of posts attributed to them, all just talking about razors and shaving.”

Writing about War in Children’s Literature by Skila Brown from Christine Kohler. Peek: “…using poetry to tell the story helped in dealing with the violence. White space and metaphors can pack a punch without the graphic details.”

Picture Book Math (And Why You Should Write Something New) from Kate Messner. Peek: “I try out lots of picture book ideas. I fail frequently and cheerfully. But I’ve also been able to work with a few great editors to make a few of those ideas into real live books.” 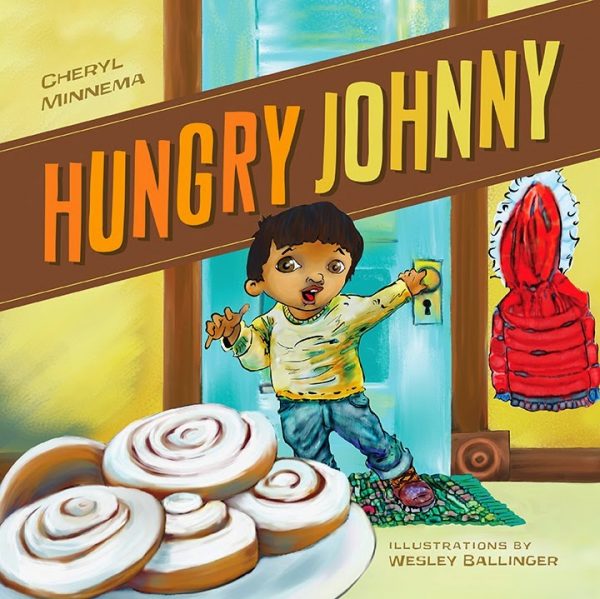 Hungry Johnny by Cheryl Minnema, illustrated by Wesley Ballinger (Minnesota Historical Society Press, 2014): a recommendation by Debbie Reese from American Indians in Children’s Literature. Peek: “The author of Hungry Johnny is Cheryl Minnema. She’s Ojibwe, and so is the illustrator, Wesley Ballinger. And the story? It is about an Ojibwe kid. Named Johnny. Who is–as the title suggests–hungry!” 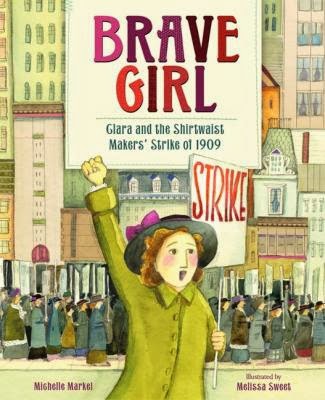 Note: “…awarded to books that effectively promote the cause of peace, social
justice, world community, and the equality of the sexes and all races as
well as meeting conventional standards for excellence. Founded in 1953,
the award is funded by the Peace Education Project, a part of the Jane
Addams Peace Association…” See more information. Source: ALSC Blog.

To celebrate National Stuttering Awareness Week (May 12 to May 18), the Stuttering Foundation honored authors whose recent books are widely acclaimed. Foundation president Jane Fraser noted, “Authors with the courage to share their stories and inspire others hold a special place in the hearts of the 70 million people worldwide who struggle to speak.”

See also the 2013 Agatha Awards from Bookshelves of Doom, Royal Society Young People’s Book Prize 2014 Short List Announced from The Guardian, The Edgar Winners and Nominees from the Mystery Writers of America, the 2013 Bisexual (YA) Book Awards from Diversity in YA and PEN Literary Awards Longlist Announced by Laurie Hertzel from the StarTribune.

See also a giveaway of the diverse children’s-YA book of your choice from Kellye Crocker (the winner picks the book, and she’ll pick up the tab)(U.S.).

To show her #yalove, super librarian Naomi Bates has been sharing the book trailer she created in celebration of my novel Eternal (Candlewick/Walker/Listening Library):

See also Why Debbie Reese Advocates for Native American Authors & Illustrators from American Indians in Children’s Literature. On a related note, I’m touched by Debbie’s Post, Another Thank You to Cynthia Leitich Smith.

This week, I focused on writing a short essay for School Library Journal and preparations for Writing and Illustrating for Young Readers, a week-long conference in Salt Lake.

On the latter, I’m teaching a class, presenting two speeches, participating in a panel and doing a reading. I’ve selected a short (two minute) section from Feral Curse (Candlewick, 2014) to read.

A good rule of thumb is that a standard typed manuscript page translates to two minutes read aloud.

A few tips on reading aloud?

Practice ahead of time. You want to choose a selection that offers voice, a hint of character and a sense of momentum. It should be satisfying unto itself.

Keep in mind that you’re not wed to the printed text. Parenthetical phrasing or references to off-stage characters may be cut. If you need to take a breath, split that long sentence into two. Size up your typeface and add white space as needed for your eye.

Breathe, enunciate, and have fun!

The link I’m pondering most is On “The John Green Effect,” Contemporary Realism and Form as a Political Act by Anne Ursu from Terrible Trivium. Peek: “…when the magic in magical realism is treated as irrelevant or erased, critics are taking a profound literary tradition and robbing it of its significance and import, erasing it altogether.”

My runner up would be Notes on a Diversity Hashtag by Kell Andrews from Project Mayhem. Peek: “If a Twitter hashtag made me feel that way for a few hours, I could more easily imagine how decades of non-representation would feel.”

What else? Everybody, including the AAR AKA literary agents association, is talking about the Amazon-HGB fight. And did you know Rush Limbaugh won the Children’s Choice Awards Author of the Year? Here’s Horn Book editor Roger’s Sutton’s take on that and Emma Dryden’s related thoughts.

Reminder: To celebrate her birthday, Kellye Carter is giving away an awesome “diverse” book of the winner’s choice. U.S. only.