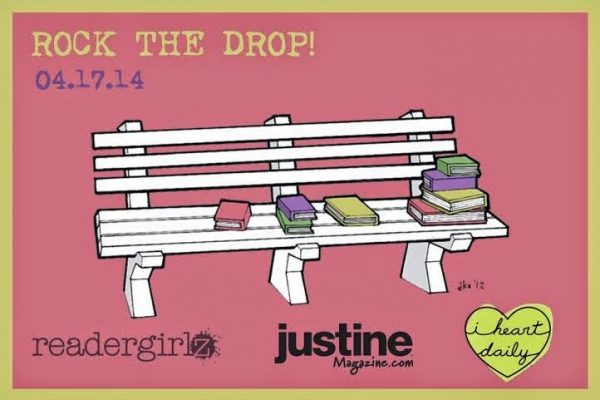 By Melissa Walker of readergirlz

In conjunction with Support Teen Literature Day, top young adult authors, editors, teen lit advocates, and readers will “Rock the Drop” by leaving their books in public places for new readers to discover and enjoy.

In recognition of the readergirlz’s seventh birthday of promoting literacy and a love of reading among young women, our fans and followers are also encouraged to donate YA books (or time, or even monetary contributions) to seven very worthy literacy philanthropies.

For this year’s Drop, we are also teaming up with Justine Magazine and I Heart Daily to help spread the world and build enthusiasm for this always-enjoyable kick off to spring reading season!

A nationwide effort of authors, publishers, librarians, educators, and readers

In its sixth year, Rock the Drop is part of a massive effort by librarians, young adult authors, educators, publishers, and avid readers to spur reading on a nationwide scale. The day aims to encourage teens to read for the fun of it.

How to support Rock the Drop:

readergirlz is a literacy and social media project for teens, awarded the National Book Award for Innovations in Reading. The rgz blog serves as a depot for news and YA reviews from industry professionals and teens. As volunteers return full force to their own YA writing, the organization continues to hold one initiative a year to impact teen literacy.