Crystal Chan is the first-time author of Bird (Atheneum, 2014). From the promotional copy:

It’s only natural to have silence and secrets in your family when you’re born on the same day that your brother died. At least, that’s sure what it seems like for twelve-year old Jewel.


Add to that the fact that you’re the only mixed-race family in your rural Iowan town, and well, life can get kind of lonely sometimes. But when a boy named John moves into her town, his courage and charisma immediately stand out and the two kids instantly click.


John’s presence, however, has an unsettling effect on her family. As the thick layers of silence in her family begin to unravel, Jewel finds that her life is not as stable nor her family’s expectations as certain as she once thought. Suddenly, Jewel needs to choose whether to stay loyal to the person her family wants her to be or to claim her own identity, no matter the cost.

I needed to do tons of research for Bird. Jewel, the protagonist, is mixed race – Jamaican, Mexican, and white – and she wants to be a geologist when she grows up. Her sidekick, John, is a transracial adoptee (black adopted into a white family) and wants to be an astronaut when he grows up.

I’m mixed race (Chinese-White), but not Jewel’s mix: I could speak to the mixed-race experience but needed to familiarize myself with the cultures she dealt with. I’m not an adoptee. And I’m awful at science. Clearly, a lot of work needed to be done.

I started off by learning as much as I could about Jamaica. I went onto Jamaican forums, news websites, and anything that gave me an “in” on Jamaican culture. I also picked up a college text on the various religions in Jamaica and paired that with online research.

The funny thing is, even though I live in Chicago and there are a lot of Jamaicans here, I didn’t meet a lot of people who wanted to be interviewed. (I even called the Jamaican embassy in desperation!)

A friend of mine said he knew a lot of Haitians in the area; if I change her race, I’d have a big pool of interviewees. A generous offer, which I turned down – I just knew she was part Jamaican. I even went to a meetup group where I knew the leader was Jamaican-American and got my first interview by attending her meetup group.

It was hard. I did find one other person willing to be interviewed, and I had two Jamaican-Americans read the manuscript cover to cover to give their impressions. That made a big difference for me: I felt I could relax a little after that.

Being mixed race, I often find myself misrepresented, and I want to really make sure that what I create is the most respectful and authentic work I can make. No short cuts.

For the transracial adoptee part, I hopped onto a number of Korean adoptee blogs.

I was surprised at the level of anger I found among adoptees.

Beyond the blogs, there was this essay I read: “Raised by White People” by Gina Miranda Samuels, published by the University of Chicago.

It really hit home for me that a lot of the identity issues of adoptees and mixed-race people are quite similar. 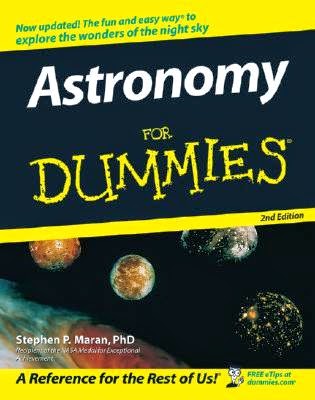 As for the science, I started off with a college geology textbook on Iowa, coupled with a lot of online research – Iowa DNR, for instance – on the geological history of Iowa.

I also looked at a lot of different minerals and gemstones, as that would be Jewel’s fodder for how she describes her world (“his face turned to onyx”).

With the astronomy, I picked up Astronomy for Dummies by Stephan Maran (For Dummies, 2010), went onto NASA’s and Hubble’s websites, browsed around there.

I was invited to a private, full-manuscript critique at a writer’s house: it was 10 or so of us, our manuscripts, and an editor, Namrata Tripathi, for a weekend. It was really cool, and we prepared/ate meals together, etc.

I was working on my second manuscript at the time but didn’t have it finished, just 50 pages of a work in progress (WIP), but I submitted it anyway and hoped she liked it.

Well, a couple months later my agent and I were submitting my polished, fine-tuned manuscript (the original, not the WIP), and we decided to add Namrata to the submission list.

Well, imagine our surprise when she comes back and says: “Thanks, but no thanks – but I want to purchase that first 50 pages I read at that weekend some months ago – I can’t stop thinking about it!”

So my agent and I had some pretty big conversations, decided to stop our submission with the first manuscript, and sold the partial as a debut.

I was a little scared – I mean, what if she doesn’t like the ending? What if I choke?

Namrata was very clear that she didn’t want to interfere with my writing process – unless something disastrous happened, she only wanted to see the manuscript. after the first full draft. Which she did.

And then she was with me for the subsequent drafts and through publication.

Crystal’s FAQ, mixed-race links, and recommended books about mixed-race experiences. See also an interview with Crystal from Crazy QuiltEdit. Peek: “Diversity is hard work, plain and simple, and it means giving up a bit of your defined world (your boundaries!) to be able to let others in, to see the ‘other’ as just as human as you are.”