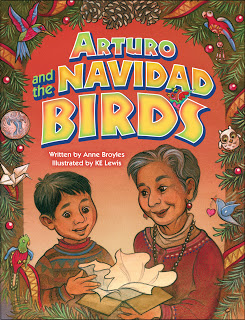 My first picture book, Shy Mama’s Halloween, took 2.5 hours to write and sold on the fifth submission. Revision required only a few word changes. Fifteen months after an editor called with an offer, I held the published book in my hand. That didn’t take long!

Book #2, Priscilla and the Hollyhocks, was also a quick write. It sold on the second submission after requested revisions. From acquistion to publication? Four years. Not so bad.

My third picture book just came out… thirteen years after the initial idea. In 2000 after decorating our Christmas tree with our German foreign exchange daughter, I quickly wrote four pages of notes about a Costa Rican grandmother and her American-born grandson decorating The Memory Tree. 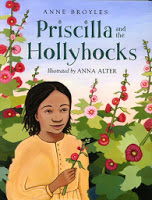 Over the next months, I focused on a young adult novel and occasionally pondered The Memory Tree. I created back-stories for Abue Rosa and Arturo, but knew their current relationship would be the book’s heart.

In July, 2001, I wrote the first draft (two languages, three hours, 2000 words) and compiled a list of possible publishers. I shared my manuscript with a Costa Rican friend to ensure cultural and language accuracy. Over the next six years when I needed breaks from other projects, I revised with the help of critique partners, deleted words (2000->1540->1330->933) and changed the title to The Empty Christmas Tree after one reader said that The Memory Tree “sounded genealogical.” Arturo became more active. A broken ornament provided conflict. 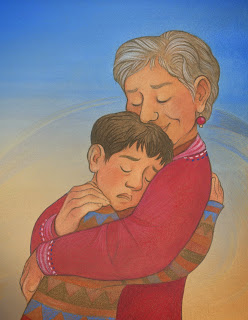 Between 2004-2011, I submitted the 738-word manuscript to editors and received five rejections. Pelican’s Nina Kooij e-mailed they would hold the submission on their “possibles list,” but I was free to submit elsewhere.

Eleven years had passed since my initial idea. Despite editors’ encouraging comments I wondered if this bilingual, multicultural, holiday book fit too small a niche. I gave The Empty Christmas Tree a rest even though I believed in its story of love, forgiveness and the healing power of stories.

In January, 2012, the SASE I’d sent to Pelican over two years earlier arrived. Is the book still available? Kooij asked. Yes! Over the next months, I cut my English/Spanish text to make space for side-by-side Spanish-only text and changed the title to Arturo and the Navidad Birds.

After Spanish-speaking friends from seven countries read the manuscript, I tweaked the story for general Hispanic cultural appeal, in hopes that more readers would find themselves in the story. The color palette and details of illustrator, K.E. Lewis’ beautiful paintings reflected Abue’s cultural background and brought her to life, but it didn’t matter if she was Costa Rican, Nicaraguan or Mexican.

This fall, Abue and Arturo’s story entered the world. In its own sweet time!

Humans need nine months of gestation. Elephants spent two years pregnant. Writers commit to an even longer haul. We know that even good writing may not quickly find a home. 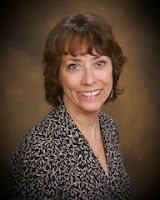 In the thirteen years between my idea and Arturo and the Navidad’s publication I completed other picture books and two novels, none of which are yet published. Arturo’s journey to publication reminds me that as writers, we need to: