A Closer Look at Gender & The New York Times YA Bestsellers List by Kelly Jensen from Stacked. Peek: “I’ve always suspected that men outnumbered women on the list, and when I’ve made that claim before, I’ve been told that’s not true. But actually, it’s startlingly true.” Don’t miss part two.

Point of View: Inside/Outside a Character’s Head by Darcy Pattison from Fiction Notes. Peek: “…David Jauss says there are two points of view that allow narrators to be both inside and outside a character: omniscience and indirect interior monologue.”

Literary Agents Discuss the Diversity Gap in Publishing from Lee and Low Books. Peek: “…there are some real disconnects that make selling these projects to publishers a little more difficult sometimes. But the audience is there, and growing.”

Writing in a Changing World: Craft, Readerships & Social Media: An Interview with Stephanie Vanderslice by Tasha Golden from Ploughshares Literary Magazine. Peek: “Teaching students to function in their own literary culture isn’t just about self-promotion or platform building, either. It’s about owning the fact that you are a citizen of that literary culture.” Source: QueryTracker.netBlog. Note: lots of interest here, but the mid-list situation, while always perilous, is perhaps less so in children’s-YA than in publishing for adults.

G.I.V.E: 4 Questions Writers Can Use to Define Their Social Media Presence by Martina Boone from Adventures in YA Publishing. Peek: “Before investing time into any social medium, make sure it will work for you in the longterm. That includes matching the type of medium to your goals and inspiration; they all have different strengths and conventions.” 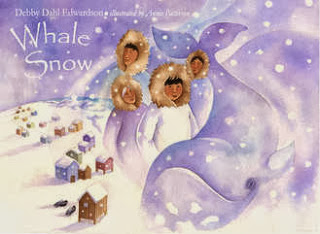 The Four Types of Character Flaws by Angela Ackerman from Writers Helping Writers. Peek: “Flaws are especially important as in the character’s weaker moments, they dictate their thoughts, actions and behaviors, leading to poor decisions and mistakes. Talk about fueling great conflict and tension!”

Problems of the Uni-Voice by Elizabeth Bluemle from Publishers Weekly. Peek: “I don’t want every smart, observant, wry, misfit teen narrator to sound the same.”

Learning to Write Romance from Justine Larbalestier. Peek: “…in a teen romance it’s about the protag getting to know and love themselves, getting the boy or girl is the icing on the cake. Whereas in adult romance getting the boy/girl is the cake.” Source: Gwenda Bond. 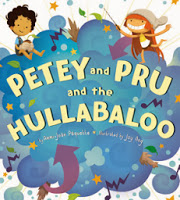 Four Giveaways & New YA Lit Releases in Stores from Adventures in YA Publishing.

My deepest thanks to Austin SCBWI for instituting the Cynthia Leitich Smith Writing Mentor Award in my name. I’m honored and hopeful that this program will help many writers in the years to come.

Surf over to GregLSBlog for A Dino A Day Strikes Back — a dinosaur T-shirt celebration of the paperback release of Chronal Engine (Clarion, 2013) and new editions of Ninjas, Piranhas and Galileo and Tofu and T.rex (IntoPrint, 2013)(originally published by Little, Brown).

I’m so saddened to hear that two students, Andrea Maloney and Houston St. John, from Shawnee Mission West High School in Overland Park, Kansas have died suddenly in a little over a month.  West is my alma mater, and my thoughts and prayers are with the families and SMW community.