How do you end a trilogy or series?

That is a good question. As I look back on writing the Memento Nora series, I feel like I’m more qualified to talk about how not to write one—let alone end one.

First of all, I didn’t intend Memento Nora to be a series. When I sold it, I thought it was a stand alone. (And that probably shows!) I had the ending and epilogue firmly in mind.

(Spoiler alert: Nora would sacrifice herself and her memory and ultimately save her mom. Her mom would hear Nora’s story, then spit out the pill, and later tell Nora what happened. The end.)

But somewhere in the revision process, my brilliant editor, Marilyn Brigham, scribbled a question in the margins that changed everything. Would Nora, the old Nora, the Nora who’d forgotten everything that happened in the book, believe her mom?

Facepalm. She certainly would not.

And at that point I saw where the story needed to go next. Or at least I thought I did. I thought I had a brilliant idea about how Nora and Micah would rediscover what they’d forgotten from book 1.

I wrote a version of The Forgetting Curve that summer and subbed it…and the publisher turned it down. Needless to say I was more than a little deflated. 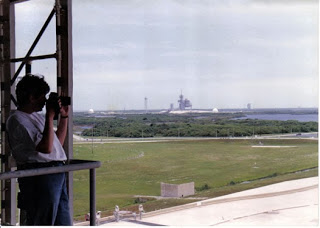 But it’s a good thing Marshall Cavendish passed on it.

That version of The Forgetting Curve did continue the story, but it didn’t cover new ground, either in terms of character development, theme, or plot. And that version didn’t advance the overall plot of the series. It didn’t take the reader further down the rabbit hole—or deeper into Mordor or the Matrix, depending on your taste in analogies.

Each book in a series or trilogy has its own story, but each also has to fit into an overall story arc that progresses with each new book.


Lesson 2: Lead the reader (and characters) farther down the rabbit hole with each book.

Still, I knew there was more story there. So I stared at the proverbial drawing board (AKA, out the window) until I saw it. And I saw that I’d need new characters to tell the next part of the story and give the reader a wider perspective on this dank rabbit hole I was digging. And since I’d made everyone from the first book forget what happened, someone new had to play detective. Enter Aiden and Velvet. (Technically, Velvet wasn’t new, but she’d only had a few lines in the first book.)

Lesson 3: Don’t dig yourself into too tight of a corner!

So then I wrote spec chapters of my new version of The Forgetting Curve (which the publisher liked, thank goodness)—and I nearly spit-taked coffee all over the dashboard of my car when my agent told me how soon I needed to have the rest done.

Publishers like to have books in a series, at least a YA one, come out not more than a year apart. 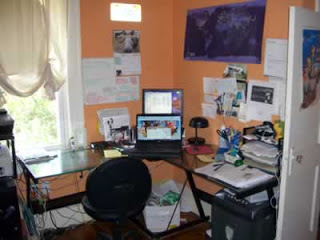 Again I ended the second book with a key character getting her memory wiped (or did she), but at least this time I didn’t erase everyone’s memories (See lesson #3.) This time I also had an idea where the third book was going.

I sold The Meme Plague on spec. (I learned that lesson, too.)

And I did not spit-take coffee this time when told it was due in a month (not kidding), but then my agent got me two months, which seemed like total luxury. Still.

The key challenge in book 3 was to tie up everyone’s story as well as the overarching one (on top of revealing what’s at the bottom of the rabbit hole)—while not making it too pat.

The latter part of that requirement was mainly because I don’t like pat endings. I love stories that leave a little to the imagination and not everyone gets what they wanted. Life is messy, and fiction should be, too. At least a wee bit.

During the revision process of book 3 I did end up including additional points of view and storylines in order to show what happens to Winter and Aiden. (Another brilliant suggestion from Marilyn.)

The POVs of the last book are Micah, Nora, and Velvet because
they needed to tell this part of the story, but I ended up adding Winter
and Aiden because we (me included) really needed to find out what
happens to them.

Lesson 6: Wrap up everyone’s story lines without totally tying them up in a neat bow.

(Spoiler alert: The ending of The Meme Plague may leave some things open, world-wise, but at this point, I think the main characters’ jobs are done. Or at least they’ve done what they can do for now.)

Some people might read the ending and think, oh, she must have another one planned. But this time I don’t. Yet.


Lesson 7: Stop when the characters are finished with their jobs.