From the American Library Association:

CHICAGO — Thousands of webcast viewers will join more than 1,300 onsite audience members for the 2013 announcement of the American Library Association (ALA) Youth Media Awards at 8 a.m. Pacific time on Jan. 28. The announcements are part of the ALA Midwinter Meeting, held from Jan. 25 to Jan. 29 at the Washington State Convention Center in Seattle.

The ALA Youth Media Awards honor children’s and young adult authors and illustrators, as well as producers of children’s audio and video materials. Known worldwide for the high quality they represent, the awards are selected under a cloak of secrecy by national judging committees composed of librarians and other children’s literature experts. Award selections serve as a guide for parents, educators, librarians and those interested in providing children and teens with the very best reading and viewing materials.

In 2013 the announcements will consist of 19 awards, including the 75th anniversary year of the Randolph Caldecott Medal, John Newbery Medal, Coretta Scott King Book Awards and Michael L. Printz Award. 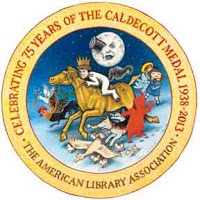 Those that are not able to join the webcast can still follow results in real-time by logging on to the ALA Youth Media Awards Facebook page, or via Twitter by following hashtag #ALAyma.

For more information regarding the ALA Youth Media Awards, please visit www.ala.org/yma.

Congratulations to fellow Austinite Cynthia Levinson on the recognition for YALSA Nonfiction Award finalist We’ve Got a Job: The 1963 Birmingham Children’s March (Peachtree, 2012)! See a new voice interview with Cynthia and guest post with Cynthia about the book!