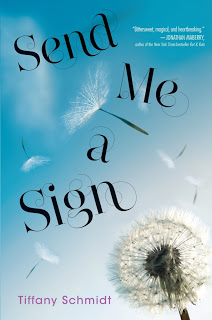 Tiffany Schmidt is the first-time author of Send Me A Sign (Walker-Bloomsbury, 2012). From the promotional copy:

Mia is always looking for signs. A sign that she should get serious with her on-again, off-again soccer-captain boyfriend. A sign that she’ll get the grades to make it into an Ivy-league school. A sign that the summer before senior year will be the best one yet.


But when Mia is diagnosed with leukemia, the only sign she wants to see is that she will survive cancer and still be the girl she’s always been—top student, top cheerleader, and top of the social food chain.


Until she’s better, Mia doesn’t want anyone to know she has cancer. She doesn’t want her friends’ pity. And she certainly doesn’t want to start feeling something more than friendship for the one person who knows her secret, her best friend, Gyver. But the sicker Mia gets, the more she realizes that not even the clearest signs offer perfect answers, an in order to discover what will happen in her life, she will have to find the courage to live it.

There have been so many people who supported me and pushed me along this path to publication, but here I’m going to focus on one: Emily Hainsworth.

Emily and I met on Twitter—way back in 2008. I was teaching sixth grade and directing the school musical. I’d tweeted something about having the songs to “Annie” permanently looping through my head and @Emily_ya responded by tweeting a lyric. I don’t remember which—if I’d known this was going to be the beginning of such a treasured friendship, I’d have favorited the exchange.

We started tweeting pretty consistently—to the point that my husband would ask if I was talking to “Emily Why Aye” every time I was at the computer – and in March of 2009, she suggested swapping pages of our respective works in progress.

I just searched my inbox way back to those first emails and pulled some snippets from Emily’s response:

I really do like your writing – it’s like a comfortable pair of pajamas: I get into it easily, and feel comfortable with it. Yay!

I’D LOVE to keep CP’ing w/ you! There are so many things to worry about in finding a CP – Will we like each other? Will we be interested in the stories we’re each trying to tell? Do we like each others’ style? Will we get constructive feedback we can find a way to use?

Isn’t it obvious why I adore her?

The work in progress she was reading was Send Me A Sign. I could only give her chunks, because the book wasn’t done. Her encouragement made me want to finish it, pushed me to write more, faster, because I wanted her feedback and encouragement.

Em and I have each had very different roads to publication, but we’ve been constants in each other’s journeys. She’s the first person I called when I got an offer of representation from my dream agent, and she was also the person I called, emailed, texted after every rejection. 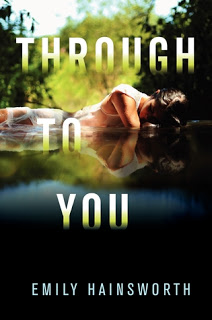 I remember whisper-squealing when her book, Through To You (Balzer + Bray/HarperCollins), sold—the whispering only because I was holding a sleeping infant. I wanted to shout hooray at the top of my lungs. And this spring she held her newborn and whisper-squealed for me when I called to tell her that my second book, Bright Before Sunrise, had sold.

I can say without a doubt that I wouldn’t have made it to this point with Emily. The fact that we were both scheduled to be Fall 2012 debuts made the process even more special—it’s been fabulous to have to have someone going to commiserate and celebrate with as I deciphered copy edit code, brainstormed revisions, planned release parties, saw my first reviews… – and then Emily’s release date was changed…

…to the same date as mine!

I was five months pregnant with twins when Send Me A Sign went out on submission in September 2010. I was also setting up my classroom and getting ready to start another year teaching sixth grade. Or, at least part of a year… the twins were due mid-January, so I had originally hoped to teach until the winter break.

Nope. My doctor had other ideas. He insisted I stop working at 28 weeks, which was okay with me. I was over-the-moon about the idea of having twelve weeks of full-time writing before my Schmidtlets arrived.

Nope. On my first day out of the classroom, I learned that those ‘little twinges’ I’d been feeling for the past month were actually contractions. I was put on bedrest. The only time I was to leave the space between my headboard and footboard was to go to the bathroom and go to the doctors. 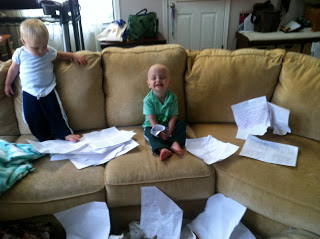 It took a little while to get used to being trapped in a bed. As someone who fidgets and fusses and does her best drafting on a treadmill desk, lying still and writing were not compatible activities. But a month into bedrest I was starting to get the swing of things. I had lofty goals of finishing my second novel’s revision…

The Schmidtlets continued their pattern of interrupting any plans I’ve dared to make by arriving eight weeks early. They spent a month in the NICU and came home with all sorts of medical accessories—monitors that false-alarmed constantly and had me jerking from pseudo-sleep to see if they were still breathing.

It was chaos—it still is chaos. They’re nearly two now. A hundred percent healthy. Tearing up my house and getting into whatever mischief they can manage.

It would be a lie to say I enjoy every minute of it – cleaning applesauce off puggle #2 this morning wasn’t particularly fun – but they are the loves of my life.

This is not to say they are my life. It’s so important to me that while “mother” is a cherished part of my identity, it is not my whole identity. Writing has been a passion of mine since long before they were born, and it will still be one of my passions after they’ve grown up and moved out (sniffle).

But, naptime is magic. From the time I put them in their cribs until the time I take them back out is sacred. This means setting myself up to make the most of those precious minutes. It’s not time for Twitter or texting—those can be done in stolen seconds while I fill sippy cups or wait for someone to be “all done” on the potty seat. 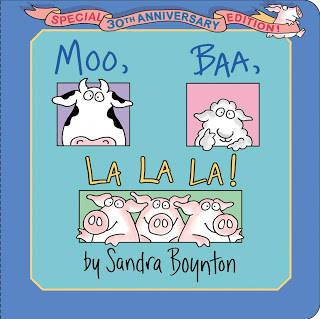 It also means mentally preparing—since I can recite Moo, Baa, La La La by Sandra Boynton (Little Simon, 1982) in my sleep, I can use the morning’s fourth (or eighth) read to think about what I want to get done in my own book once they’re asleep.

Same with strolls around the neighborhood, as the Schmidtlets chatter back and forth in a hybrid version of English and twin speak, I mentally plan the scene that I’ll throw onto paper once they’re in cribs.

And I jot notes everywhere. On my phone. On papertowels and receipts. I keep notepads in all the diaperbags, the car, their stroller, their nursery, and their playroom—occasionally this leads to I thought I wrote that scene. Didn’t I? when I can’t remember where I wrote something down. I’ll also record voice notes on my phone. Or call and leave myself a voicemail message with something I don’t want to forget.

I don’t have any magic answers—if your kiddos are anything like mine, they seem to delight in changing things up as soon as you’ve mastered a functional routine. And what works for my family, probably won’t work for the unique challenges of someone else’s.

But, for me it comes down to a simple statement: I need to write. It would be easy to make excuses, but I want it too badly. So, instead, I make the most of the opportunities and time I have.

And I think the fact that the twins say, “Momma book,” whenever they see the cover to Send Me A Sign is their way of saying they’re proud of me too.