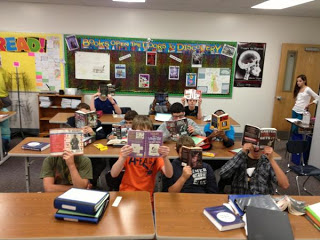 Writing books that appeal to boys is a joy and a challenge.

Here are some “boots on the ground” perspectives from readers, teachers, and librarians, as well as invaluable insights shared by children’s authors Darren Shan, Ellen Hopkins, Tim Wynne-Jones, and break-out debut novelist, Scott Blagden on how to reach this important readership.

Darren Shan, international bestselling author of such series as Demonta and Cirque du Freak, cautions writers not to care too much about writing what is ‘good for boys’ or ‘good for reluctant readers’. “What I do is try to remember what I was like as a teenager, then write a story that I think the teenage me would have loved.” In fact, according to Darren, “It’s not a case of trying to work on their level, which is a mistake a lot of writers make — because teenagers, like adults, work on all sorts of different levels.” 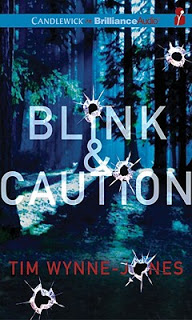 Eighth-grader Brian Rivera is currently reading the Cirque du Freak series. A selective reader, he pointed out that Darren’s novels appeal to him because of their unique, relatable characters, surprise plot twists and non-stop action.

Tim Wynne-Jones, best-selling children’s author and the 2012 Arthur Ellis Award winner for his juvenile/YA crime book, Blink and Caution, agrees that action is critical in capturing the young male demographic.

When a second grade teacher told him a reluctant reader read his YA thriller, The Boy in the Burning House, he was impressed the child had read such challenging material and thought, “Maybe what he craved was action. Not just rock ’em-sock ’em action, but things actually happening.”

In fact, Tim believes that action-driven novels deserve as much respect as character-driven novels, particularly when it comes to appealing to boys. He recalls his youthful enthusiasm for The Hardy Boys series which eventually lead him to read Ian Fleming and Sir Arthur Conan Doyle. “Give a character, male or female, a good strong motivation for getting off his butt and doing something and I’m there.”

Gavin Fritz, an eighth-grade student, gives a book about five to ten pages before deciding to continue. If he’s not drawn in by a relatable character, a compelling idea, or fast-paced action, he moves on, one of the reasons he prefers reading series to single titles. For Gavin, a series provides a level of reassurance that if he likes the initial book, he’ll have sequels he can count on enjoying in the future.

Joshua Balan, a home-schooled seventh grader, couldn’t agree more. He’s an avid reader who frequently purchases audio books so that he can, “play my video games and follow a (favorite) book series at the same time.”

In the context of his multitasking generation, his actions make perfect sense. Why wouldn’t he listen to a novel while IM chatting with internet videogame teammates, tweeting, Skyping, and checking his iPhone for texts? It’s certainly a consideration when looking at audio book production, distribution, promotion, and usage.

Stafford Middle School librarian, Russell Puschak, observes that boys tend to gravitate towards topical nonfiction works as often as they do fiction. Many are information driven readers when the subject interests them, such as cars, wars, technology, sports, science…. the topics are as unique and as varied as the individuals who read them. Good news in the wake of new Common Core Standards that emphasize the need for more nonfiction. 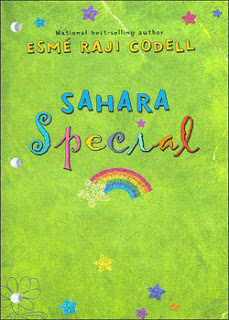 Gross-out books, human interest stories, and sports pieces are perennial favorites for boys in instructor Jeanne Damone’s fifth grade classroom in Canajoharie, New York. The books are highly sought after and to the victor goes a prized spot on her orange “reading spot” couch where the other boys huddle, laugh, and discuss.

But don’t count out female protagonist driven stories either, Jeanne contends. Her male students rave about class read, Sahara Special by Esme Raji Codell. They identify with its main character, Sahara Jones, regardless of her gender, because she is funny, relatable, and as prone to mistakes and trouble as they.

Ellen Hopkins, bestselling, award-winning author of YA verse novels such as Burned, Crank and Identical, would agree with Jeanne’s assessment that gender is not a major factor in creating protagonists that appeal to boys, a fact proven by her loyal male fan base.

She says, “I think boys like my books for the same reason my girl readers like them. I respect my readers enough to write honestly–the absolute truth as I see it. I don’t sugarcoat the issues or tie everything up in a nice, neat bow. The characters I write read ‘real,’ and because I don’t rely on extraneous language or descriptions, readers are drawn into the story. If I were to give advice to a writer wanting to reach a boy audience, it would be not to hold back. To write the absolute truth, even within fiction. To create multi-layered characters and relationships that matter, because that’s what we’re all looking for, isn’t it?”

Cody Fulmer, a high school junior and aspiring YA novelist, seeks out authentic books written by authors such as Ellen and John Green. “I like (characters) to be a bit…mature. I like when we can hear everything that runs through the character’s mind – whether they are thinking appropriately or not. It adds a sense of humor to the book. Censorship in a piece, to me, doesn’t make it realistic. I think the YA author would really have to get into the mind of a modern day teenager to have that accurate description. If you can’t get directly into the mind of a teenage boy – you probably won’t sell well to that demographic.” 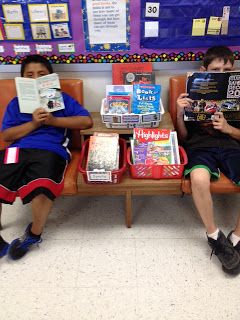 Debut YA author Scott Blagden wrote Dear Life, You Suck (Harcourt, March 2013) with those factors in mind. “To me, the most important aspect of writing stories for teen boys is voice,” he says. “The voice has to be authentic. No teen boy wants to listen to some out-of-touch adult pretending to speak their language. It’s obvious and it’s hypocritical and kids hate it. All kids, not just boys. Teen boy voice is often (not always) profane, sarcastic, angry, ridiculing, defensive, judgmental, gross, inappropriate, and over the top. Even if the reader doesn’t talk that way, they love to read about snarky characters who do. Especially if it’s done in a funny way.”

Gender generalizations are perilous at best. While boys’ tastes are as eclectic and varied as they are, one universal truth holds true. They seek authors who speak to them through relatable characters, meaningful action, and authenticity.

It’s time to get those fingers tapping; you’ve got a conversation to start!

In a quest to provide her eighth grade students with quality reading material,
English teacher Karen Rock read everything out there and couldn’t wait to add her voice to the conversation of books.

Now a debut YA series author, Karen is thrilled to pen stories that teens can relate to. When she’s not busy reading and writing, Karen is downloading live versions of favorite songs, watching “Buffy the Vampire Slayer” marathons, obsessing over reality TV contestants (Adam Lambert you were robbed!), cooking her family’s delizioso Italian recipes, and occasionally rescuing local wildlife from neighborhood cats.

She lives in the Adirondack Mountain region with her husband, her very appreciated beta-reader daughter and two King Charles Cavalier Cocker Spaniels who have yet to understand the concept of “fetch,” though they’ve managed to teach her the trick!