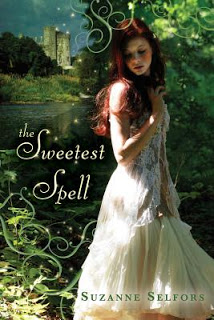 Congratulations to Suzanne Selfors on the release of The Sweetest Spell (Walker, 2012)! From the promotional copy:

Emmeline Thistle, a dirt-scratcher’s daughter, has escaped death twice-first, on the night she was born, and second, on the day her entire village was swept away by flood. Left with nothing and no one, Emmeline discovers her rare and mysterious ability-she can churn milk into chocolate, a delicacy more precious than gold.Suddenly, the most unwanted girl in Anglund finds herself desired by all.

But Emmeline only wants one-Owen Oak, a dairyman’s son, whose slow smiles and lingering glances once tempted her to believe she might someday be loved for herself.

But others will stop at nothing to use her gift for their own gains-no matter what the cost to Emmeline. Magic and romance entwine in this fantastical world where true love and chocolate conquer all.

Very Pinteresting: The Hot Social Network is Taking Educators by Storm by Kate Messner from The Digital Shift at School Library Journal. Peek: “Pinterest bills itself as a virtual pinboard that helps users ‘organize and share all the beautiful things you find on the web.’ Although still in beta phase, the site has grown astronomically—faster than even Facebook and Twitter—reaching 10 million visitors each month.”

Picture Book Titles to Avoid by Mary Kole from Kidlit.com. Peek: “If I get a sense that your book is going to be didactic from the title, I
will be that much less excited to read it, and so will your audience.”

Is a Blog Tour Worth the Trouble? from DearEditor.com. Peek: “Blog tours harness the power of social media, spreading news of your
book almost instantly to countless people through the virtual ripple
effect of retweets and shares.” 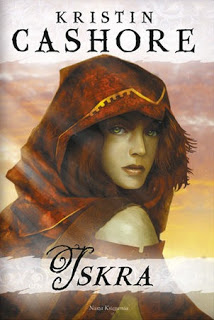 Advice to New Writers: Green Triangles Should be Both Triangular and Green from Kristin Cashore. Peek: “People will confuse their expectations with your intentions and with the quality of your work. This will happen. So you need to keep hold of what your own expectations/goals were”

Questions to Ask Yourself about Your Manuscript in Progress by Carol Lynch Williams from Throwing Up Words. Peek: “What would happen if you set the book elsewhere?”

Debbie Dahl Edwardson’s Whale Snow: a recommendation by Debbie Reese from American Indians in Children’s Literature. Peek: “By the end of the story, we know why Amiqqaq is named Amiqqaq, we know a
little about how his family prepares whale meat, and Amiqqaq’s mom has
taught him about the ‘spirit of the whale.'”

Social Media Suicide by M.J. Rose from Writer Unboxed. Peek: “While a presence on social media outlets can be valuable it can’t–except in unusual cases–take the place of strong publisher support.”

Five Reasons Your Opening Scene is Like a Blind Date by Marissa from Adventures in YA & Children’s Publishing. Peek: “First impressions do matter.”

Not Who You Think They Are: A Character-Building Exercise by Emilia Plater from YA Highway. Peek: “… who me is can change, literally from minute to minute.”

YA Authors Narrate ‘Every Day’ by David Levithan: video from Entertainment Weekly. Peek: “…is told from the point of view of a teen named A who wakes up in a different body every morning. While Every Day
has an out-there and fun paranormal twist, it’s every bit as relatable,
wise, and believable as the best realistic teen fiction.” 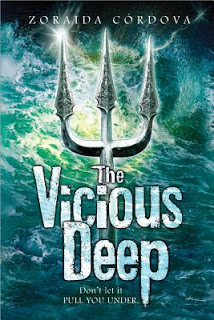 Zoraida Cordova on Breaking the Rules
from Adventures in YA & Children’s Publishing. Peek: “In my
unprofessional opinion, ‘write what you know’ should be applied to the
internal workings of our characters.”

Author Insight: First Time All Over Again by S.F. Robertson from Wastepaper Prose. Peek: “What book do you wish you could read again for the first time?” Note: insights from various YA authors.

Tu Books: Why Target an Author’s Race in an Award? by Mitali Perkins from Mitali’s Fire Escape. Peek: “Just wondering why you decided to focus the award on ‘writers of color’ rather than ‘main characters of color’?”

Poem Depot: A Poetry Commotion is primarily devoted to poetry in all its forms and facets: old and new, sense and nonsense, graphic and laughic, courtesy of Douglas Florian.

The Truth About a Writing Life by Donna Gephart from Wild About Words. Peek: “…even though I’ve published three novels and been writing professionally for over twenty years, I have no idea how to write this novel.” 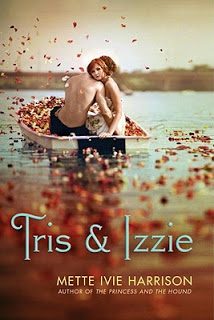 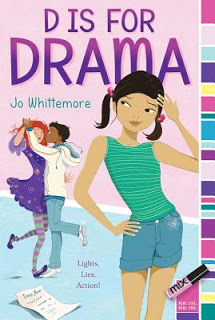 The winner of Zeus and the Thunderbolt of Doom (Book One of the Heroes in Training
series) by Joan Holub and Suzanne Williams (Aladdin, 2012) was Jayne in Florida.

A free substantive edit of one manuscript from DearEditor.com. Deadline: midnight Aug. 28.

Digital Symposium II: The Nuts and Bolts of Success: hosted by Austin SCBWI, this conference is scheduled for Oct. 6 at St. Edward’s University in Austin, Texas. Check out the promotional video.

Last week’s highlight was teaching a YA writing workshop at the Vermont College of Fine Arts Postgraduate Writers’ Conference.

A Diabolical Chat: a Q&A interview about my latest release at Undercover Blog. Peek: “The arguably creepiest element, though, is a pop-art reproduction (think: Andy Warhol) of an image from the actual Codex Gigas, originally created by a monk who’d sold his soul to the devil. A framed copy hangs in practically every room of the school and the devilish figure depicted seems almost as if it’s watching…because it is.” Note: post includes excerpt from the novel.

Congratulations to Austin’s own Nikki Loftin on the release of The Sinister Sweetness of Splendid Academy (Razorbill, 2012)!