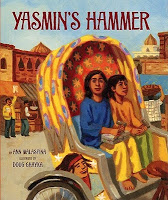 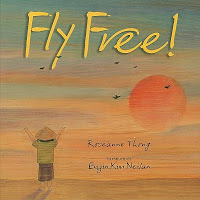 N. H. Senzai for Shooting Kabul (Simon & Schuster, 2010). Read a Cynsations interview with N.H. Peek: “In 1970s Saudi Arabia, there wasn’t much for a kid to do, especially in 100 degree plus heat. There was very little television to watch, or other entertainment options. So the library at our school, Jubail Academy, became our refuge.”

Barbara Bazaldua for A Boy of Heart Mountain, illustrated by Willie Ito (Yabitoon, 2010).