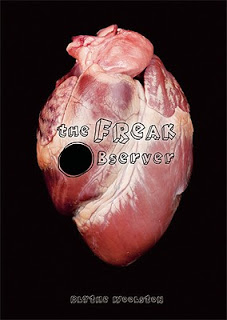 Blythe Woolston is the first-time author of The Freak Observer (Carolrhoda Lab, 2010). From the promotional copy:

For eight years, Loa Lindgren’s world ran like one of those mechanical models of the solar system, with her baby sister, Asta, as the sun. Asta suffered from a genetic disorder that left her a permanent infant, and caring for her was Loa’s life.

Everything spun neatly and regularly as the whole family orbited around Asta. But now Asta’s dead, and 16-year-old Loa’s clockwork galaxy has collapsed.

As Loa spins off on her own, her mind ambushes her with vivid nightmares and sadistic flashbacks—a textbook case of PTSD. But there are no textbook fixes for Loa’s short-circuiting brain. She must find her own way to pry her world from the clutches of death.

The Freak Observer is a startling debut about death, life, astrophysics, and finding beauty in chaos.

I’m a plunger. I write in modules that arrive in no particular order–it’s like getting a jigsaw puzzle one bit at a time. The corners and edge pieces may not arrive until the very end.

Honestly, this is how I’ve always written. Since I’m older than dirt, I used to write my college papers on a typewriter. I’d stick a piece of paper in, and whenever I’d have an idea, I’d write about it for a few minutes.

Since I was usually working on several papers at one time a single sheet of paper might have stuff on it about Grendel, Old Testament politics, and pineapple cultivation.

Then I’d take scissors and tape and build a paper out of the scraps. The last thing I would do was write my intro, because until that moment I had no notion what my thesis might be.

The really insane thing about this is that I became a writing teacher. I only suggested my personal method to a couple of students over the years. I always said that an outline could be either descriptive or prescriptive, that an outline should bend to follow the curve of the writer’s ideas, and ideas might–should–change.

As far as plotting advice: Read myth and fairy tales. Actually, remember the myths and fairy tales you know. I’m not suggesting that you should retell them, but the bones of plot are exposed in those stories, easy to see.

As a contemporary fiction writer, how did you find the voice of your first person protagonist? Did you do character exercises? Did you make an effort to listen to how young people talk? Did you simply free your inner adolescent? How would you suggest others tap into that power in their own writing? 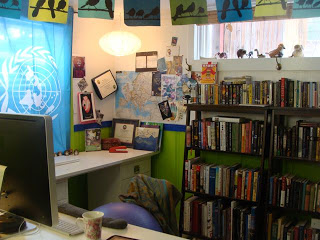 I have a huge advantage; I share my home with some very interesting people, my kids and their friends. I enjoy observing and interacting with them, and the single most important thing I’ve learned is this: There is no monolithic “authentic” voice.

“I tried Borscht today. I said it tasted like communism. Good in theory, but the human element is bound to mess it up.”

That’s a recent Facebook status posted by my 17-year-old. He really does talk that way. And if he were a character in a book, he’d still talk that way, because that’s his personality. That’s how he thinks. Sure, he can carry on a complete conversation using only one word (rhymes with “cluck”), but when he does, there are shades of emotion and nuance that couldn’t find an expression elsewhere.

You could transcribe an overheard conversation word for word, and the result could be dull, damp cardboard unless those words belong to a personality, a context, a setting.

I sometimes feel that “voice” is being overly mystified. Trust me, you’ve got it. Everyone has command of many voices.

The voice, the discourse, you use varies with your audience. Listen to yourself. Notice how words morph and meanings develop during conversation. It’s a natural response–all you need to do is open up a new channel and listen. 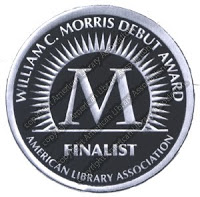 The Freak Observer has just been named a 2011 finalist for the William C. Morris YA Debut Award, given by YALSA. The other finalists are: Hush by Eishes Chayil (Walker, 2010); Guardian of the Dead by Karen Healey (Little, Brown, 2010); Hold Me Closer, Necromancer by Lish McBride (Henry Holt, 2010); and Crossing the Tracks by Barbara Stuber (McElderry, 2010).