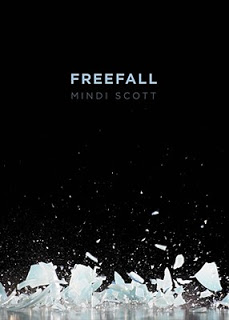 Mindi Scott is the first-time author of Freefall (Simon Pulse, 2010). From the promotional copy:

How do you come back from the point of no return?

Seth McCoy was the last person to see his best friend Isaac alive, and the first to find him dead. It was just another night, just another party, just another time where Isaac drank too much and passed out on the lawn.

Only this time, Isaac didn’t wake up.

Convinced that his own actions led to his friend’s death, Seth is torn between turning his life around . . . or losing himself completely.

Then he meets Rosetta: so beautiful and so different from everything and everyone he’s ever known. But Rosetta has secrets of her own, and Seth will soon realize he isn’t the only one who needs saving….

Pre-contract revisions were all about what I wanted to change or not change. I used the critiques I received in whatever way I saw fit and moved forward from there.

When I revised for my agent, I was a little panicked at first. This was the first time I was actually going to have to turn my changes in and get them approved! (As it turns out, he was very happy with the revisions, so there was no need for me to worry so much.)

Post-contract revisions were very different than revising for myself or my agent. My editor had a sense of some elements that weren’t working in the story, but in some cases, she wasn’t sure how best to change it. We brainstormed together, but she left it up to me to make some of the important decisions. She felt like it would be much more organic for me to feel out what needed to be done rather than for her to dictate the specific changes. It was a stressful time for me, but she said, “Trust your feelings, Luke,” and I did (even though I’m not Luke). It all did work out in the end, which was a relief for sure.

My advice about the revision process is to dig deep, work hard, and know that even if you don’t feel like you’re going to survive this stage, you will! I won’t go so far as to say that you’ll laugh about it later, but you’ll be able to look back and see that you accomplished something truly great. 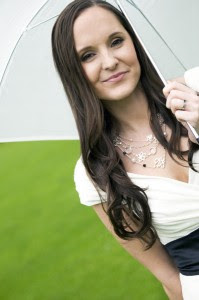 My character’s family doesn’t have a lot of money, so I felt like it was okay that he didn’t have the latest stuff or even mention what was out there. We never see him use a computer (although a couple of other characters do off-screen). He doesn’t have a mobile phone either, so he has to borrow from another character.

The phone situation started bothering me a little because things changed a lot between when I started writing the book and publication. Four years ago, a teen of his economic class might not have had a phone. But these days, it seems more and more likely that he would. And in another four years, who knows?

In the end, I decided he wouldn’t have a phone and my editor didn’t think it was a problem.

Mindi Scott lives near Seattle, Washington with her drummer husband in a house with a non-sound-proof basement. Photo of Mindi by B. Bollay.