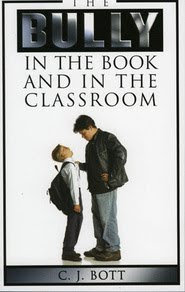 Words are powerful. They are learned early, and they bruise forever. Who would have thought that combinations of 26 letters could cause so much pain, humiliation, and violence? But they do. Words hurt and when that preschooler learns that first powerful word—“stupid”–the pattern is established. Childhood words grow into permanent labels and into hate slurs.

Nearly all forms of bullying contain some verbal harassment in either oral or written form. It is hard to bully someone you have never talked to or about. The Internet has simply given us another way to deliver the message. 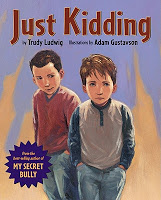 Chico, whose migrant family moves around California picking fruit, is frequently judged in words from his second language in First Day in Grapes by L. King Pérez, illustrated by Robert Casilla (Lee & Low, 2002). 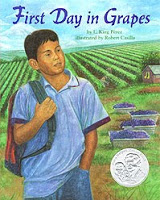 With orange hair, thick glasses, and a distinctive choice in clothes, Trudy enters a new school and become a target in Trouble for Trudy by Teddy Slater (Scholastic, 2007).

In I Get So Hungry by Bebe Moore Campbell, illustrated by Amy Bates (Putnam, 2008), Nikki hears names like “Super-Size” and “Nikki Thicky.” 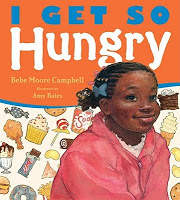 In Nothing Wrong With a Three-Legged Dog (Yearling, 2001), Graham McNamee gives readers Keath, the only white kid in his fourth grade class, who’s called “Whitey,” “Va-nilla” and “Mayonnaise,” and his best friend Lynda hears “Zebra” because she has a black mother and a white father.

Fifth grader Amelia says, “Sometimes the line between news and gossip seems pretty thin to me” in Amelia’s Guide to Gossip by Marissa Moss (Simon & Schuster, 2007). 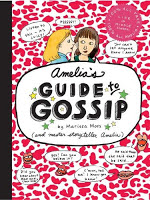 The Misfits by James Howe (Atheneum, 2001) has four main characters: Bobby, Skeezie, Joe and Addie—together they are called 70 names. That book has started a national movement against name-calling. (For more information, go to www.nonamecallingweek.org.) 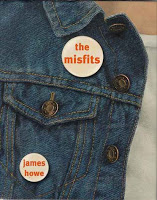 Jupiter Jason Glazer, formerly of Russia, wants very badly to be accepted but knows first he has to lose his accent in Losers by Matthue Roth (Push, 2008).

Jujube finds a way to end the sexual harassment in whispered hallway slurs and bathroom graffiti in Sticks and Stones by Beth Goobie (Orca, 2006).

In Whale Talk (Greenwillow, 2001), Chris Crutcher presents T.J., an adopted young man with a many-cultures heritage, and his swim team of kids who do not fit into the “norm.”

With bug eyes, pinched face, hearing aids, and a rounded back, David hears the word “Freak” hundreds of time each day—until the principal decides David is the problem at school in Defect by Will Weaver (FSG, 2007).

Alma Fullerton’s In the Garage (Red Deer, 2006) centers on the friendship between BJ and Alex that grew after Alex rescued BJ from the verbal attack of fifth graders. In high school Alex is attacked and killed by homophobic classmates.

Having been bullied about her weight since she was five, Daelyn, now in high school has tried to commit suicide before, but this time she is determined to succeed in Julie Anne Peters’s book, By the Time You Read This, I’ll Be Dead (Hyperion, 2010).

Words created a false reputation, built by boys’ egos and spread by jealous girls, destroyed Hannah Baker’s life, but she finds a new way to her tell her story after she commits suicide in Jay Asher’s Thirteen Reasons Why (Razorbill, 2007).

The best time to talk about bullying is before it starts.

C.J. Bott is the author of The Bully in the Book and in the Classroom (Scarecrow, 2004) and More Bullies in More Books (Scarecrow, 2009). C.J., “a retired high school English teacher, is an educational consultant on problems of bullying and harassment.” 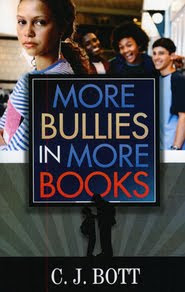