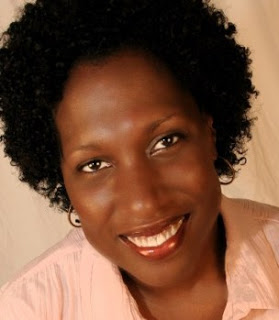 Tameka Fryer Brown is the first-time author of Around Our Way on Neighbors’ Day, illustrated by Charlotte Riley-Webb (Abrams, 2010). From the promotional copy:

Neighbors gather on a hot summer day for a joyful block party: Kids play double Dutch; men debate at the barber shop and play chess; mothers and aunts cook up oxtail stew, collard greens, and other delicious treats; and friends dance and sway as jazz floats through the streets.

A rhythmic tale that celebrates the diversity of a close-knit community, Around Our Way on Neighbors’ Day will excite readers and prompt them to discover the magic of their own special surroundings.

I wouldn’t say that I’m surprised to be having my first book published in 2010, but I wouldn’t say it seemed inevitable either. What I will say is from the time I decided to pursue publication, I knew that I ultimately would. I hope that doesn’t sound cocky, because I don’t look at it that way. To me, accomplishment is all about goal setting and goal attainment.

“Good, better, best—never ever rest till your good is better, and your better is best. Be the labor great or small, do it well or not at all.”

Okay—I don’t know if these two quotes are supposed to be strung together, but it’s the way I learned them. I mention them because these are the sentiments behind every achievement I’ve ever had, including publication. However, there were a couple of times along this particular journey, that I came extremely close to the “not at all.”

In November of 2005, I joined the Society of Children’s Book Writers and Illustrators—-after receiving a form rejection letter which thoughtfully advised me to do so.

Through SCBWI, I learned that craft trumped talent; that listening garnered more fruitful results than defending; and that seeking to publish sweet, heartwarming books for precious children was an endeavor not suited for the gumption-less, nor the rejection-fearful.

Every writer knows what a roller coaster ride this business is, and there were two points where I seriously considered getting off.

The first significant event came during the spring of 2007. I, the full-time mother of three children under the age of 10, had totally immersed myself in children’s book writing for over a year and a half, spending every extra minute on activities that were writing-related. And I felt stuck. Stuck at a point where many were saying how talented I was, but nobody was buying my work.

Since my faith sustains me and is at the heart of everything I do, I began to prayerfully consider turning my attention to another goal. After all, this one was taking a great deal of attention away from my family, and I wasn’t sure it was a wise use of my time anymore.

One of my last acts before ending my publication pursuit was to query a few agents. I knew it would be next to impossible to get one as a picture book writer, but I figured it was worth a try before calling it quits. I think I queried about three agents around May. ‘

On June 5, I got an “interested” reply from Jennifer Rofe at Andrea Brown Literary Agency. On July 18, I received an offer of representation. It wasn’t time to quit yet.

The second time, to make a long story shorter, we had subbed my manuscript for months, receiving lots of positive feedback—but no sale. Then we got a revision request. By the time I finished the revision, the publisher had already acquired something “too similar.” But the revision was even better than the original, so we sent that one out.

It wasn’t until October 2008 that we received an offer on it. Just prior to the offer, I had calmly, unemotionally, and finally decided that this writing endeavor was draining too much of my energy, that it wasn’t what God had planned for me, and that it was time for me to set a new goal.

As I look back, I don’t know that I kept the faith so much as the faith kept me. 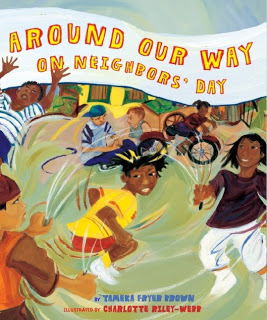 I learned through spit and grit, as they say.

After joining SCBWI, I became active locally, in the Carolinas region. I attended workshops and conferences, and was an active member on the national SCBWI discussion board, where I mostly hung out in the manuscript exchange section.

I learned a lot on that discussion board…mostly that my first stories weren’t as good as I thought they were. I also learned how not to be so defensive and argumentative when given criticism—even when it’s not sandwiched between positive comments.

Eventually, I broadened my horizons. I joined other organizations such as The Association of Children’s Authors and Illustrators of Color (ACAIC), and frequented other online venues like Verla Kay’s Blueboards. With both of these, I gained a deeper understanding of the business side of writing kidlit, as opposed to simply the craft. Each of these groups has been an invaluable resource for networking and learning more about the profession…and for accumulating wonderful advocates, mentors and friends.

Regarding strengths, I’d say I have a natural ability to depict vivid scenes and express resonant emotions via the written word. My ability to employ rhythm and rhyme is also a natural strength, informed by past courses in music.

Although I’m a reformed loner, my inherent powers of observation are still quite keen—a quality I believe to be important for any artist, including picture book writers.

Other strengths, I’d describe as more “experiential” than natural. I’ve worked a lot with children over the years—in Sunday school, youth groups, even as a Montessori teacher’s assistant—so I’m comfortable and relatively knowledgeable about communicating on their level. As a former salesperson, I’m also pretty good at getting to the heart of a matter quickly, with very few words—another essential skill for today’s picture book writer.

What I had to work hard at was learning the rules involved in writing picture books, like “abundant adverbs and adjectives = bad” and “interesting nouns, verbs and dialogue = good.” I also had to learn about crafting “story:” characterization, arc, pacing, theme, etc. I’m still honing those things, actually. And now that I’m beginning my foray into novel writing, I have to hone them in a whole new way.

I’ve also learned to accept and desire constructive feedback, since craving a critique full of glowing words to stroke the ego won’t ever allow one’s writing to reach the next level.

Oh, and patience. Did I mention I’ve had to learn a lot about patience? I have. Except that one’s still a work in progress. 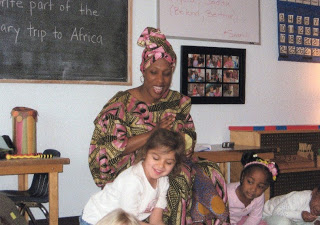 As a picture book writer, you have succeeded in a particularly tough market. What advice do you have for others, hoping to do the same?

If you dwell on the toughness of the market, you’ll always feel like you’re swimming upstream. Instead, work tirelessly to write the best picture book that has ever been penned. That effort should leave you with something that’s publishable. 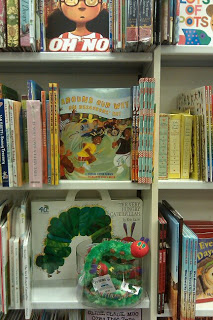 A shelf shot of Around Our Way on Neighbors’ Day at Concord Mills Books-A-Million (Concord, North Carolina).