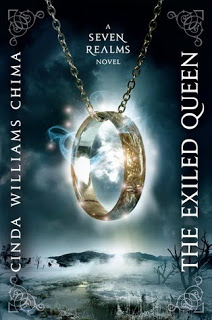 “What’s all this about violins on television?”

A few years ago, one of my colleagues at the university loaned my first novel, The Warrior Heir (Hyperion, 2006), to her mother to read.

“Oh, my,” Sue’s eighty-something mother said. “So bloody. And you seemed like such a nice girl.”

“But I am a nice girl,” I protested. I am. I’m carry-the-spider-outside nice. For a while, I was running a rabbit relocation program from my backyard, in a nonviolent attempt to keep them from savaging my lilies. I’ve given IV fluids to a guinea pig. Horror movies scare me, and I still won’t set foot in a haunted house.

That’s when I realized—each of my Heir novels begins with a prologue. And each of the prologues involves some kind of violent event–a murder, accident, or attack.

In my Seven Realms series (Hyperion, 2009-), Raisa ana’Marianna, the heir to the troubled Gray Wolf Throne, is the target of several assassination attempts. Another of the viewpoint characters, Han Alister, is accused of a series of grisly murders. When he gets in the way of a powerful wizard dynasty, they strike back ruthlessly. I don’t dwell on graphic, onstage violence, but it’s definitely there.

Hmm. Raise your hands, and step away from the keyboard.

The issue of violence in YA lit came to the fore recently with the publication of the wildly-popular Hunger Games series by Suzanne Collins (Scholastic, 2008-2010). In a near-future dystopian world, a dictatorship maintains its grip on power by forcing children to fight to the death in televised tournaments.

In a post on Shelf Awareness, bookseller Sheryl Cotleur raised questions about the violent content of the series. Cotleur’s point was that we often focus on keeping sexual content away from young readers—should we be worried about violence as well?

The thing is, violence cannot be avoided in a story about war. Anything else is condescending. We owe it to readers to tell them the truth about that, or why should they believe anything we say? War is sometimes necessary. It is a stage on which myriad compelling stories are acted. But it is always horrible, especially for those who suffer collateral damage.

Authors who want to sidestep violence should tell a different kind of story.

I guess I’m more worried about violence without reflection—about media content that implies that those who die can be resurrected for the next episode or game. And that the good guy never ends up dead, maimed or disabled. And that we can inflict death from a distance and never pay a price for it. 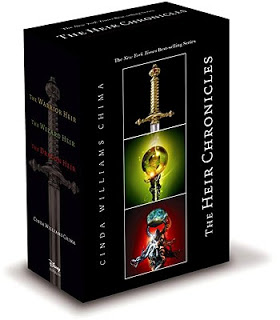 Some readers aren’t prepared for a realistic depiction of war. In the Heir Trilogy (Hyperion, 2006-2008; box set 2009), wizards dominate the other magical guilds, forcing magical warriors to fight to the death in a series of tournaments known as the Game. When one of my main characters dies in battle, I was deluged with emails from unhappy readers.

Depending on how it’s handled, violence in media can either encourage or discourage violence in real life.

Are intense scenes in screen media like movies and video games more disturbing than those in books?

I guess I’m torn. In movies, viewers are passive recipients of the director’s vision, while readers are partners with writers in creating story. Because readers are more deeply embedded in the world they’ve helped create, they might be more affected by violence on the page.

On the other hand, whether the issue is sex or violence, readers self-edit to a degree, based on their experience, imagination, and personal tolerance. So it makes sense for authors to use a light hand when it comes to graphic onstage violence in books for teens.

Finally, parents, librarians, booksellers, and teachers should consider what kinds of stories will suit individual YA readers and recommend accordingly.

Excerpts from each of Cinda’s books are available on her website. Help for writers can be found under Tips for Writers, including a document called, “Getting Started in Writing for Teens” (PDF).

At her blog, you’ll find rants, posts on the craft of writing, and news about Cinda and her books.

In the video below, Ed Spicer interviews Cinda at the Rochester Teen Lit Festival.