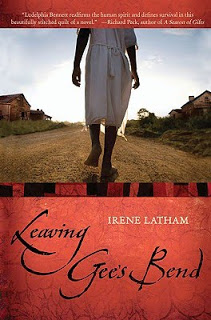 Ludelphia Bennett may be blind in one eye, but that doesn’t mean she can’t put in a good stitch. In fact, Ludelphia sews all the time, especially when things are going wrong.

But when Mama gets deathly ill, it doesn’t seem like even quilting will help. Mama needs medicine badly – medicine that can only be found in Camden, over forty miles away.

That’s when Ludelphia decides to do something drastic – leave Gee’s Bend.

Beyond the log cabins, orange dirt, and cotton fields of her small sharecropping community, Ludelphia discovers a world she could never have imagined. Fancy houses, cars, and even soda pop! But there’s also danger lurking for a young girl on her own, and Ludelphia begins to wonder if she’ll ever see Gee’s Bend or her Mama again.

Despite the twists and turns, Ludelphia weathers each challenge in a way that would make her mama proud, and may even save the day not just for Mama, but her entire town.

Set in 1932 and inspired by the rich quilting history of Gee’s Bend, Alabama, Leaving Gee’s Bend is a heart-touching tale of a young girl’s unexpected adventure.

What were you like as a young reader, and how did that influence the book you are debuting this year?

When I was ten years old, which is the age of my protagonist Ludelphia Bennett, I was quiet and thoughtful and secretly aching for adventure. I spent a lot of time reading: reading in bed, reading in the bathtub, reading on the back of horse, reading in the branches of a tree. And the books I chose were big and thick, full of action and emotion. 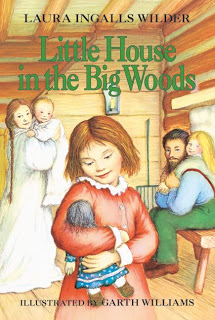 Other books that stand out in my memory are The Black Stallion by Walter Farley (Random House, 1941), Mrs. Frisby and the Rats of Nimh by Robert C. O’Brien (Athenum, 1971) and anything with a dog: Sounder by William H. Armstrong (Harper & Row, 1969), Old Yeller by Fred Gipson (HarperCollins, 1956) and later Shiloh by Phyllis Reynolds Naylor (Maxwell Macmillan, 1991).

So, from the get-go, my reading life has been about those early, powerful experiences of love. In fact, I’m still drawn to stories like that – classic stories, simple stories, before life gets complicated by sexual relationships and responsibilities and the pressures and demands of early adulthood. So, it really is no mystery where Leaving Gee’s Bend comes from. What I’ve written is my favorite kind of story.

However, in 1932 Gee’s Bend, Alabama, it’s unlikely that anyone in that community would have been an avid reader. So, Ludelphia doesn’t read for fun, as I did – she quilts. But she most certainly is quiet and thoughtful and secretly aching for adventure.

At its most basic, Ludelphia’s story is one of love – love for her mother. Her whole adventure is motivated by her desire to save her mother. And this, too, is a reflection of ten-year-old me. Because when I was that age, no one meant more to me than my mama. Family legend has it that my first pieces of writing were love poems – for my mother. And this book is also a love poem for my mother.

But, like Ludelphia, I also experienced an opposing force to that love. A force that’s natural and absolutely essential to growing up: the desire to be one’s own person, to go your own way. So while Ludelphia wants to please her mother, she also needs to exert her independence, can’t not make her own decisions. And so this becomes the primary struggle and results in a little girl being quietly disobedient. She does things she’s not supposed to do. But because she does them in the name of love, we root for her all the way.

I, too, was quietly disobedient. When my mother made homemade clothes for me that I didn’t want to wear, I didn’t scream and throw things. I just borrowed clothes from a friend and changed into them on the bus ride to school. And when my mother found out (as mothers do), it crushed me to know how I had hurt her feelings. But I still wasn’t wearing those clothes to school. 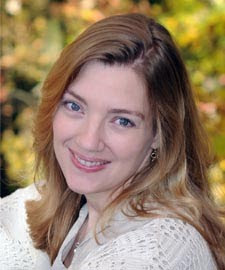 Even though I live just 120 miles from Gee’s Bend, Alabama; this book started with a trip to New York City.

My husband and I arrived on the last day of the Quilts of Gee’s Bend exhibit at the Whitney Museum of American Art, and we waited in line for two hours to see the show.

Before I even saw a single quilt, I heard voices of the quiltmakers, singing and talking, as recorded on a movie they were showing in the gallery. I was immediately drawn to those voices that, having grown up in the south, were so familiar to me, but were also talking about life experiences completely foreign to me: poverty, field work, isolation.

And then when I saw the quilts, I was completely overwhelmed by the bold colors and geometric designs and textures like corduroy and burlap and cotton, how these quilts were not art for art’s sake, but art created to keep families warm and given as an expression of love. It was an emotional experience for me, one I can’t adequately describe. All I knew was, I wanted to know more. So I began feeding my obsession.

As I read and learned and listened back home in Alabama, there were two events that really stood out to me in the history of Gee’s Bend: the 1932 raid on Gee’s Bend and the subsequent Red Cross rescue. I knew those were the events I wanted to write about, because they spoke of hardship and love and survival, which, ultimately, are the essential elements of all the stories found in the quilts of Gee’s Bend.

In terms of world building, the challenges of writing across time and culture are intimidating. As much I could rely on facts as found in research – and I must say, that thanks to Tinwood Media, the organization that created the materials for the art exhibit, finding information was not a problem at all – I worried a lot about getting it right. I was an outsider to Gee’s Bend with no personal connections, save my intense emotional reaction to the quilts. So it became it an exercise first in imagination, then in empathy.

What did twenty-first-century, middle-class, thirty-something, Caucasian me have in common with a ten-year-old sharecropper’s daughter in 1932 Gee’s Bend, Alabama? I used poetry to put me in touch with our many commonalities: how our mamas taught us how to stitch, how we loved our families and pets, how we questioned things, how we were people of action, how we loved to create. Empathy became the key to it all.

Before I could write an authentic story, I had to find Ludelphia (and all the other characters) inside of me.

Then, to capture those voices, I immersed myself in the auditory experience. I listened for hours and hours to recordings of the quiltmakers talking about their lives.

And what I learned is that we have the power as writers to create a more compassionate world. We can awaken mercy in our readers by first awakening mercy within ourselves.