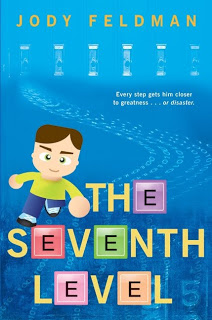 I rarely got into trouble at school. I’ve never needed to be in constant motion. I am not a boy. Yet the main character in my latest book, The Seventh Level (Greenwillow, 2010), is a boy in constant motion who’s always in trouble. Conclusion? I do not write what I personally know.

So how does that work? Why do both my books have boy main characters? Why are two of the three headliners in my (hopefully) next book boys? How can I, a girl, make that succeed?

I’ll start with the obvious. I happened to grow up in a household with two brothers where Sunday afternoon TV was all about NFL football. Until I was eleven, I lived in a neighborhood where girls didn’t seclude themselves with dolls, but came together with the boys in hardy games of Red Rover, Uncle Sam, Spud, and softball. Also Kickover – a game of trying to punt a football over the heads of the other team – which might or might not be a real street sport. It didn’t matter. We made up the rules, and to us, it was real.

I loved all that competition. And when Albert devised a concoction that looked like flesh-rotting fungus, I wore it proudly on the back of my hand. When he yelled at me because I was an idiot for not liking his presidential candidate (I was seven), I went crying to my mom who gave me a hug and sent me back outside with permission to tell Albert he was the idiot.

While I never became a girly girl, I wasn’t a tomboy, either. I was shy. Afraid to climb a tree or scale a high fence. Hesitant to race on my roller skates after messing up my knees one too many times.

So again, how could I write a realistic scene, told in first person by a boy who’d dangle off the roof of his school? 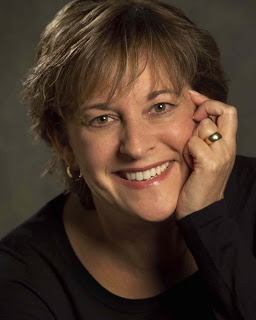 We quiet people aren’t deaf or blind. I witnessed Tommy scramble up the gym ropes seemingly faster than humanly possible, then even faster the next time. I watched the slugfest between Ricky and Stuart, then noticed how they were best buddies the next day. I felt Andy pulling my hair and kicking the backs of my shoes from the desk behind me to get my attention.

And I listened. A lot.

When I write, I fully immerse myself into the mindset of my main character with help from every boy I have ever known or have merely observed.

Then I do what all authors should. I empathize. I feel. And feelings tend to be genderless. It’s the reaction to them, the expression of them that’s different.

Like the writer who can’t time travel to hang out with a silversmith’s apprentice, I can’t inhabit the body of a twelve-year-old boy. But I can write about one believably enough that a fifth grader might come up me and say, “I didn’t know you were a girl.”

Jody Feldman, the award-winning author of The Gollywhopper Games (Greenwillow, 2008) and The Seventh Level, will watch any sport, but her favorite is still football.

She also plays computer and video games, something the boys (and many girls) love to hear during school visits.

She lives in St. Louis, where she’s always working at puzzles or mysteries or twists for her next book.