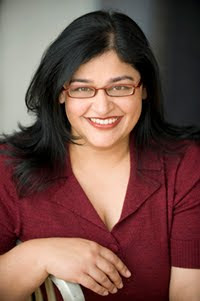 Swati Avasthi is the first-time author of Split (Knopf, 2010). From the promotional copy:

16-year-old Jace Witherspoon arrives at the doorstep of his estranged brother Christian with a re-landscaped face (courtesy of his father’s fist), $3.84, and a secret. It is about what happens after. After you’ve said enough, after you’ve run, after you’ve made the split – how do you begin to live again?

Jace came to me over a period of years, really. His character emerged from a short story I wrote called “Swallow” (Water~Stone, Vol. 11), which was drafted in three points of view.

One of the point-of-view characters was a 35-year-old male teacher, who had made bad decisions in response to a painful divorce. I workshopped it with Sheila O’Connor, teacher extraordinaire, who told me that the male point of view wasn’t really necessary for that short story.

After some angst, I axed him from the story, but I couldn’t axe him from my head. So I gave him a new problem, Jace’s. That meant I needed to re-imagine his character with a different history and as much younger.

Jace’s situation was born out of my experience coordinating a domestic violence legal clinic. Once, while a woman was relaying a harrowing account of abuse to me while her two children looked on, I asked her if she wanted an intern to look after them. She told me no, they had witnessed the abuse. The compassion for those kids was perhaps the starting point for both Jace and Christian, because I wondered what it would be like to grow up with your primary role model as an abuser.

With situation and basic character in hand, I started to dig deeply into him. I ran a gazillion character exercises with him, so many that I developed a class called “Discovering Your Characters,” in which I teach many of the exercises I used to mine Jace.

One of my favorite exercises for discovering secondary characters is an adaption of one that poet Jim Moore gives his students. He suggests sitting down in the same place at the same time every day for a week and writing for 15 minutes on the following: create a scene or a moment between your protagonist and someone with whom your protagonist has an emotionally charged relationship. But you must keep the scene quiet, and it must have three objects that stay the same throughout the week.

I did this exercise for Christian, writing from his point of view. I learned so much about him with relatively little effort. I captured his voice, his brotherly affection, and his history in less than two hours (because I actually only did this five times…ooo, bad student). It’s a great exercise. I now run it with characters I’m struggling to to get an handle on. 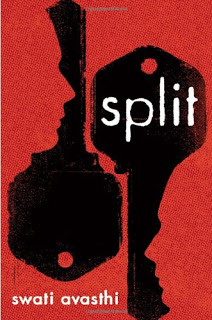 Let me start by saying I love this question. So often I hear the reverse – how teaching and writing are not compatible. But I find that being a writer and a teacher work in harmony for me. Writing feeds my teaching and vice-versa.

In my view, learning craft lessons, such as “show, don’t tell” or “opening with a promise for the reader” is not incredibly complicated. The concepts themselves are quite teachable and are not rocket science.

The wonderfully challenging part of writing is how to apply those lessons to your story. That is where the art of writing comes in. The application is different every time.

So, teaching grounds me continually in craft. It reminds me of what the reader needs and why. I think that if we know the “rules” of writing and know why they exist and what they give to the reader, then we can break them with intention and with success. We can devise new solutions to problems that every narrative faces. So teaching others, listening to students, and responding to their work grounds me.

And also, I love it that teaching requires that I stay current on new lit. I think, if left to my own devices, I would probably read and reread and reread. I’d be like a typical parent who only listens to 80s music because that’s the generation I grew up in. Teaching keeps me reading new and interesting material, which in turn, makes me write better.

Writing feeds my teaching because I bring the problems I’m struggling with to class. Not literally, mind you. I don’t mean that I say, “Hey, I can’t figure out whether I should use structure X or Y. Can you help me with that?”

Instead, I delve into the idea of structure with energy and with questions of my own. There’s an adage: don’t learn with your mouth open. I don’t believe in that. I think you must open your mouth and try something, hear how it sounds, and then you can see the strengths or the flaws.

Check out Swati’s blog and book trailer (below).