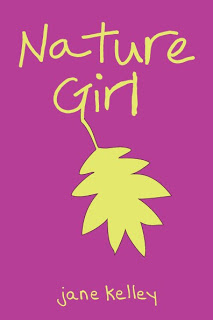 Jane Kelley is the first-time author of Nature Girl (Random House, 2010). From the promotional copy:

Eleven-year-old Megan is stuck in the wilds of Vermont for the summer with no TV, no Internet, no cell phone, and worst of all, no best friend.

So when Megan gets lost on the Appalachian Trail with only her little dog, Arp, for company, she decides she might as well hike all the way to Massachusetts where her best friend, Lucy, is spending her summer.

Life on the trail isn’t easy, and Megan faces everything from wild animals and raging rivers to tofu jerky and life without bathrooms.

Most of all, though, Megan gets to know herself—both who she’s been in the past and who she wants to be in the future—and the journey goes from a spur-of-the-moment lark to a quest to prove herself to Lucy, her family, and the world!

My character Megan leapt into life. It seemed like I always had a strong sense of her voice. In fact, this page from my notebook where I began writing the book in 2004 is almost the same as the first page of the published book! Wow! It really must have been magic! 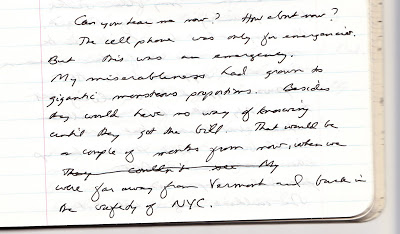 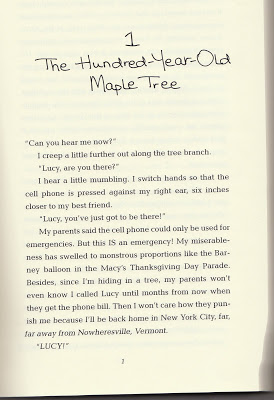 But as any magician will tell you, that easy fluidity is deceptive. Even the simplest magic trick requires thought, planning, and years of practice.

To that somewhat generic idea, I started adding details. I filled that notebook. The pages weren’t exactly character exercises, but they served the same purpose. I was following my character. Why was Megan there? Why hadn’t her friend come? Who was her family? Why did they drive her crazy? Why did she get lost in the woods?

I also listened to young people. At the time, I was lucky. I happened to be living with a 10-year-old girl—my daughter. From watching her and her friends, I learned what mattered to kids that age. And what I didn’t directly observe, I could ponder. How does it feel to be out of place? To be bad at everything? To be abandoned by your friend?

I must confess that Megan is more like me than like my daughter. My siblings will tell you that I was grumpy and whiny, particularly about hiking. And so, I guess you could say that I freed my inner child (who had the nickname “Griny Whumpus”). But those cranky remarks were just a starting place. My reasons for grumbling were not the same as Megan’s.

No character exists in a vacuum. The voice of a character is built by specificity of details. What foods does she like? What is in her bedroom? These details are best discovered as responses to situations. You don’t want a checklist, you want a person. And real people are a mess of contradictions.

The best way to find a character’s voice is to be patient. To let it build, bit by bit. Don’t be afraid to wait for the third idea or the fourth what if. When I write, I do try to be quiet enough to listen to my character speak. When it happens, it will feel like magic—even though you and I know it really isn’t.

I used to hate revising. I always got defensive. After all, did anybody ever tell Lewis Carroll that his characters weren’t very sympathetic?

But after the second draft of Nature Girl, I realized that being asked to revise was a huge compliment. Someone had cared enough to read it. Someone had found enough promise in it to take the time to give me advice. 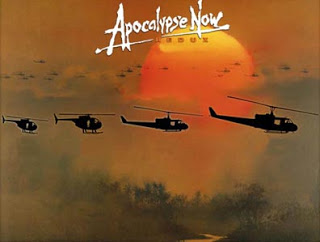 I was lucky I had that change of heart because I had to revise Nature Girl six more times before I signed the contract with Random House.

My husband, my daughter, my agent Linda Pratt, and a potential editor all had complaints (I mean suggestions) about my book. I don’t have the space to list all their many points. I will just focus on one particular criticism. Everybody wanted to know: where were the helicopters?

My initial response was — there aren’t any. I didn’t want helicopters cluttering up my humorous and heartwarming story of how a girl finds herself by getting lost in the woods.

Besides, what did I know about helicopters? It had been a long time since I had seen the movie “Apocalypse Now” (1979). In retrospect, I probably didn’t want them because I didn’t think I could describe them properly.

But the helicopters would not go away. They hovered over the book, even though I continued to leave them off the page. I didn’t want to stick some in just to be realistic. After all, is it realistic for an 11-year-old girl to hike the Appalachian Trail? Can you tell that I was feeling a little defensive again?

Then I had a realization. Perhaps the helicopter lovers were trying to tell me something else. Maybe they didn’t just want whirring blades. Maybe they had a sense that something else was missing and just didn’t know how to say it.

I thought a little bit harder. Yes the helicopters would add a layer of reality. But they would also help sustain the tension while Megan is hiking. Because Megan didn’t want the helicopters to help her, they could make another much-needed obstacle to her journey. Would she be rescued before she reached her goal?

So I added a helicopter. But I made sure to put it in where its whirring blades could churn up Megan’s new-found confidence.

Then it came time for the next round of revisions. Sure enough, my editor Shana Corey said, shouldn’t there another helicopter?

No! I said. But I added in another one because Shana was right. As long as Megan’s journey continues, there should be helicopters.

In the end, I am extremely grateful for all the comments I got—even from the copy editor. Every single person sincerely wanted to help me make my book better. And every single comment helped me – once I learned how to listen.