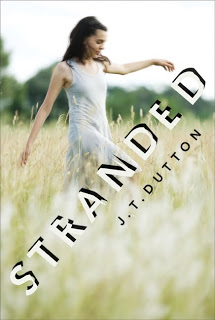 “Fifteen-year-old boys like sex,” a member of my graduate committee said one day, a few weeks before I was to defend my thesis.

We had been discussing what a visiting writer to our school had dubbed the absence of a socio-sexual agenda in the draft of my manuscript.

I had it in mind that my main character, Scotty Douglas, wasn’t interested in girls. I claimed he was a lot like Huckleberry Finn, on an adventure that didn’t include the pursuit of women.

But my advisor honed in on a flaw in my thinking: real, believable, fifteen-year-old boys aren’t particularly aesthetic, and if you squeezed Huck into a modern frame of reference, he’d seem pretty weird.

Nearly all heroes and heroines of contemporary novels, his argument ran, are either running towards or away from the allure of sex. 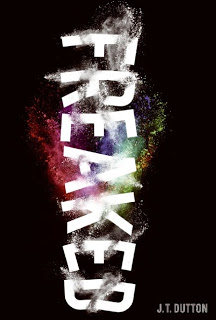 In order to solve the problem of the socio-sexual agenda in Freaked (HarperTeen, 2009), I created the character of Linda Loveletter, Scotty’s oversexed, overexposed Playboy Bunny mother. Her razzle-dazzle made the novel go, drove the conflict, fired the plot and probably motivated more teen males to care about Scotty than might have otherwise.

Why? Because snickering is part of being a teen boy, I guess; and Scotty’s dilemma, seen humorously, made him appear more vulnerable and interesting.

In “chick lit” or girl YA fiction, sex can be a critical poser. Some YA novels for teen girls alter the playing field so much that boy/girl love is elevated to fantastic and unrealistic forms in order to elude the messiness and potentially risky territory of sexual encounters. (It’s okay if a girl pursues love, but she doesn’t have the same right to smirk and conquer—at least literarily—as a boy does). I’m not sure why.

I believe that authors of teen romances are as attuned to the socio-sexual agenda as writers of edgy or realist YA fiction. They just come at the problem from a different, safer-feeling angle. They have discovered a way to keep the tale “clean” and still move their target audience.

Handsome athletes kiss shy but spunky library lurkers. Vampires sparkle and free reclusive heroines from puddles of loneliness. The aching on the part of girls to participate emotionally in this kind of story is real and driven by the same yearning and desire that makes Linda Loveletter win the hearts (or hormones) of boys.

If there is a problem with taking the clean approach, I think it is that it oversells the “happily ever after,” a romantic ideal that breaches the boundaries of realism.

When “happily ever after” fails, what should come next?

The personal growth the average young woman experiences when she walks the tightrope between sex and love is a beautiful thing, a tale worth telling, and telling, and telling again, even with respect to its mishaps. The goal for writers of these stories should be empathy and honesty for adolescent girls.

Not long after I finished Freaked, I started Stranded (HarperTeen, June 2010). The plot of the novel resolves around the discovery of an abandoned infant in a cornfield, the ultimate, most complicated outcome of teen romance gone wrong.

My goal was to make readers remember what it meant to be fifteen, to be facing a dragon, and feeling the whole world, to express that no one’s story ends after one mistake.

Check out the book trailer for Freaked:

and the author interview:

Check out the book trailer for Stranded:

and the author interview: