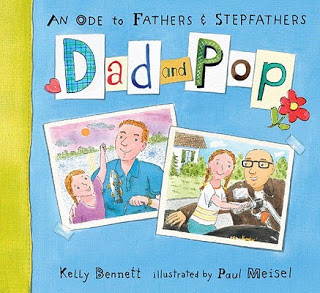 Okay, maybe not my heart, but certainly the inspiration for my two latest picture books belongs to Daddy, wherever he may be….

I grew up without a father. My parents married young and hatched two babies: my brother Joe, arrived nine months after their wedding, and I followed 22 months later.

I never saw my father. Word is, he saw me when I was a few weeks old, then took off.

No dramatic pause needed: I grew up in a loving family which included brother Joe, my mom, grandmother, and the best father model any child could ask for, my grandfather, Joe Silva. Frankly, I didn’t give fathers much thought until I became a mom.

As my children moved through childhood to teenville and then adulthood, I’ve examined the vital roles fathers—birth father, step father, father figures—play in their lives. And, as writers do, I used my work, creating picture books, as the basis for this exploration.

One of the most difficult (for me) decisions when writing is deciding when/where to enter a story. When I set about creating Dad and Pop, illustrated by Paul Meisel (Candlewick, 2010), all I knew was that I wanted to write about a child with two fathers, but I couldn’t figure out where to begin.

I allowed myself to get bogged down in the myriad of “family dramas,” which could create such a situation: Were her parents divorced and remarried? Were her dads gay? Was she adopted? Did she switch houses every Wednesday? etc.

Like a hammer, the truth hit finally me: While the “drama” resulting in a child having two fathers could serve as the basis for a Lifetime Movie, it was of little importance to my character. After coming to this realization, Dad and Pop came easy.

It is the story of a girl who, while creating a scrapbook, compares and contrasts her two fathers. Along the way discovering that, in the most important way, both fathers are exactly the same–they both love her!

Author Toni Morrison said, “I always know the ending; that’s where I start.”

That’s how my process works, too. I back into my stories. 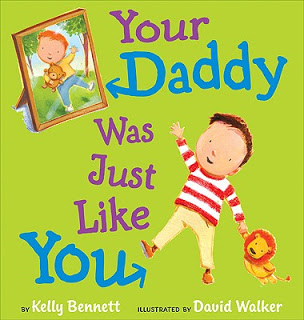 The idea for Your Daddy Was Just Like You, illustrated by David Walker (GP Putman, 2010) came from watching my son, Max, trying so hard to be like his fathers, to do all the things that are easy for “big guys”—a struggle which regularly ended with him being frustrated, angry, or disappointed.

I wanted to tell him: “Give yourself a break. You’ll get there.”

At the same time, when Max frustrated his fathers, I wanted to say to them: “I’ve talked to your mother; I know you were a terror when you were little, and a scaredy cat, so lighten up.”

But I wanted to write a picture book, not a sermon, and I didn’t know where it would lead, and so the idea languished—for years.

Then, one day when I was in the backyard pruning—that’s what I do so I don’t have to stare at the blinking cursor—the last line came to me: “Your daddy is my baby…and he will always be my baby. Just like you.” With that line my narrator switched from mom to grandmother, and opened the door to a very different story.

Rather than a finger shaking sermon, Your Daddy Was Just Like You became a multi-generational love fest.

Thank you, Cynthia, for suggesting I consider why I’ve focused on fathers and family relationships in these books. It made me wonder what I’d be writing if my father had been in the picture, and brings to mind another song, this one courtesy of Shel Silverstein (as sung by Johnny Cash) “A Boy Named Sue.” Maybe Shel had Daddy drama, too.

P.S. According to Wikipedia, “Silverstein wrote a follow-up named ‘The Father of a Boy Named Sue,’ in which he tells the old man’s point of view of the story.”