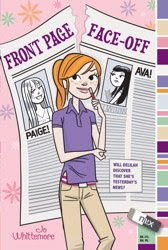 There are three things all writers do without even realizing it:

1. Use a particular word over and over again in a manuscript (mine is “so”).

2. Perk up at email notifications and then deflate when they turn out to be spam.

3. Use their lives to write every single story.

I had you until that last one, right? Because you don’t think your fantasy/adventure/story from the opposite gender’s point of view is rooted in who you are. You’ve never been in a spaceship. You’ve never fought off a fire-breathing dragon. At most, you think you’ve contributed a few traits to the character and maybe you share a common interest.

All your experiences and senses are poured into the story, and that’s what lends realism and makes people believe that the events could actually happen.

So now that you’re aware, how can you enhance your story even more? 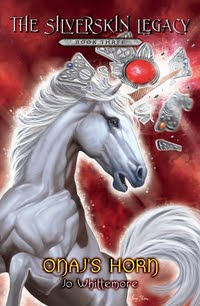 2. But don’t overdo it. There’s a certain suspension of disbelief with any story where the audience is willing to concede that something might happen. It’s believable that your character would accidentally drink spoiled milk. It’s not believable that he would die from it.

3. Rely on physical memories to conjure mental and emotional ones. Look at old photographs of trips you took or go through that footlocker of high school memorabilia you’ve held onto. Touch and smell and see and taste (if you’re brave) to bring back those sensations. Listen to music from your past. We all have songs that remind us of certain events and feelings.

4. Research. Many of us already do this. If you don’t know a particular sensation or experience, learn about it. Read books and do interviews and, if possible, go through the experience yourself. When I was writing a sword-fighting scene for a book, I choreographed the moves with my husband. (Note: An excellent alternative to marriage counseling!)

5. Discover the dark side. Some of us are only interested in the positive aspects of something because we’re afraid to experience and know the negative. We like parrots because they’re colorful and intelligent. But many people don’t know that, if not raised properly, they can be dangerous. They bite, and with 350 pounds of jaw pressure, you can be missing a chunk of your finger just by poking it in the cage.

Good luck! And stay away from angry parrots.

Jo Whittemore is the author of the newly released contemporary novel Front Page Face-Off (Aladdin Mix, 2010), as well as the fantasy trilogy The Silverskin Legacy (Llewellyn, 2006-2007). She has been featured in newspapers and national magazines and loves all things chocolate, most things sparkly, and nothing that involves the words “back hair.” See also Jo’s Journal, and read a Cynsations interview with Jo.