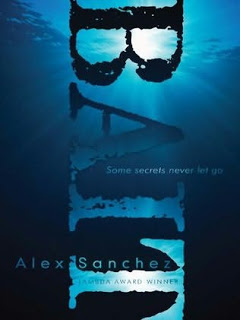 Before becoming a YA author, I worked for several years as a juvenile probation officer. What struck me most when I first began was that 90% of my caseload was boys.

I recall asking my supervisor: “Why so many more boys than girls?”

His response: “Because they act out more.”

Act out what? I wondered.

As I listened to the boys’ stories about their conflicts with families, school, and peers, I could hear the hurt and pain behind their words. And I began to understand what they were “acting out.”

We all know the admonition that society imparts to boys: Boys don’t cry. But from what I observed, the message is actually far broader: Boys shouldn’t feel, period.

Whereas we allow girls a wide range of emotional expression, boys are too often given the message that they shouldn’t show or feel almost any emotion, whether it be hurt, loneliness, sadness, grief, or even too much joy.

What’s left? Anger—directed either toward others or turned inward. That’s the emotional “box” that we confine guys to. The Guy Box.

Maybe that’s why 90% of my caseload was boys; why guys commit suicide about four times more than females; why males comprise a majority of alcoholics, drug addicts, and homeless of all ages; why guys have lower levels of college attendance… The list goes on, including the striking statistic that every school shooter, except one, has been male.

What’s the alternative? One option is books about boys—whether written by men or women. Positive images that help boys figure out what it means to be a man. Affirming stories that help guide boys through the confusing terrain of adolescence by creating an emotional connection and providing a moral compass.

Although I left my job as a juvenile probation officer quite a few years ago, the stories of the boys I worked with continue to move me. Their experiences are a big part of what motivates me to write about boys, reminding me of my own teen memories, and inspiring me to keep pushing out of my own “guy box.”