In anticipation of the upcoming Bologna event, what are important takeaways that you hope SCBWI conference-goers will get from this or any SCBWI international event?

At all SCBWI events, we strive to impart as much practical information as possible. We mix in some inspiration, hopefully a little humor and lots of opportunities for networking.

What are some of the reasons that you, Lin Oliver and so many others, invest so much time, energy and care into the annual conferences that SCBWI offers?

I think it is because of the organization we all belong to. More than a professional association, more than a club of like-minded people (though it is certainly both of those things), it is a community of friends, actively involved in helping one another improve their craft.

We spend time putting together events because we, too, want to go to those events, to learn things, to see old friends, and meet new ones.

You’ve talked in previous interviews about how SCBWI was begun, looking back now to those early days, do you feel you’ve achieved all the things you set out to do back then? Did you have any idea how long-lasting and influential this organization would be?

We had no idea what we were creating, certainly no concept we would still be involved forty years later. The minimal goals we set–put out a newsletter, put on a conference–were met years ago. We could have never envisioned the electronic world we live in now, so could never have imagined how the Internet could have helped us became a worldwide organization.

What other things do you have in mind for SCBWI in the coming years?

We want to expand our online presence, be able to bring national, international and regional events into member’s homes. We want to increase our services to the professional membership, and to improve and increase communications between authors, illustrators and the publishing industry.

What is one of the aspects of membership in SCBWI that you feel benefits members most?

Currently, I think it is the services available on the website from the Discussion Board Forums, the Online Publications, the live blogs from the Summer and Winter Conferences, to the online Illustrator’s Gallery to just mention a few of those benefits that can be found on our web site

SCBWI reaches out to around 22,000 members in more than 30 countries through the various regional chapters of SCBWI, which are run by an army of talented, well-known and often award-winning writers, illustrators and other champions of children’s books. What are some of the things you see the SCBWI regional chapters do that you applaud?

We constantly look to the regions for suggestions and ideas. New Regional writing and illustrating awards–the Silver Kites–were first proposed by Christopher Cheng in Australia; small-scale retreats in other areas that focus on a specific aspect of writing or illustrating are other innovations.

Some regions have also led the way in partnering with book related gatherings such as IRA, BEA and others.

[The Silver Kite Peer Awards will be given annually for best book as chosen by the members of each SCBWI Regional Division, beginning in 2011 for books published during the 2010 calendar year.]

You’ve undoubtedly witnessed a variety of changes taking place in publishing over the last many years since you began writing books for children. Is it harder for authors to get published in today’s book market than in previous years?

It has always been hard. It is not easy now, but there have been times in the past 40 years when it was equally as difficult.

What I have observed, however, over the years is that a unique, well-written project, or a distinctive art style, will find a publisher. Persistence, study and hard work does pay off.

You’ve also likely watched a number of people cross that line from unpublished to published. Are there any qualities you continue to observe time and again in the people who manage to find success as a writer or illustrator? 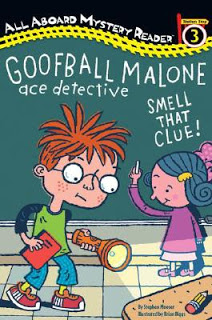 The qualities that I outlined above. Persistence, hard work and the ability to come up with something special and unique—something that makes an editor or art director sit up, wake up, and say, “Wow—I’ve never seen that before!”

What are some of the most common questions that new authors or illustrators ask you, and how do you answer?

How do I get an agent? I answer that getting a legitimate agent is nearly as hard as finding a publisher–maybe harder. Look for an agent if you want, but at the same time start sending out your work. It may take longer for an editor to read your work, but if it is really good, they will buy it. Having it come from an agent won’t sell it, if it is not great.

I think both plot and character are important. A really good plot with weak characters will still probably sell. But it is always character that will lift the book above the ordinary.

A book with a distinctive character–someone no one has ever seen before–will almost always find a publisher. The same can’t be said for a distinctive plot. However, combining great character and great plot will really bring your manuscript out of the shadows.

I was intrigued by a link I found to a compilation of “Stephen Mooser Papers,” which contains a remarkable collection of correspondence, composition notes, proofs, and illustrative material from writing you did between 1967 and 2005. Four linear feet of writing to be exact! Can you tell us the process that led to you donating this rich resource to the Arne Nixon Center for the Study of Children’s Literature?

The Curator of the Arne Nixon center is Angelica Carpenter. Her mother was our first Florida RA, and so our relationship goes way back.

When she became Curator at Fresno State, I was quick to offer my papers because I grew up in Fresno, where my mother had been a librarian.

I actually never thought the papers were very important until I saw the way that they organized and cataloged them. I’m delighted to give them my papers, and even more delighted that they were interested in receiving them in to their wonderful collection.

In addition to the long list of published work during that time period, I was also amazed to note the list of unpublished books, series books, short fiction and short nonfiction that you wrote and that was not published for a variety of reasons.

What lesson can writers take from this example? How did you know when it was time to abandon a writing idea and move on to something new?

I’ve sold maybe 60 books, but there were at least another 60 I never sold. Some I still believe in, but most I realized were just not good enough.

At that point, I had to decide whether to try to make them good enough or abandon them for another idea that may have popped into my head. 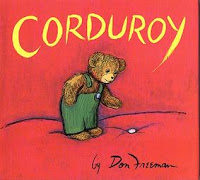 Someone once said, maybe the illustrator Don Freeman, “Ideas are easy. It is the execution that is hard.”

In an earlier interview with SCBWI France, you talked a bit about your writing and editing process. Are there any skills, strategies or methods with regard to the writing process that you have learned throughout the course of your career and that you wish you’d known earlier?

Not really. The education of a writer, including trial and error, is important, I think. Perhaps, the one thing I wished I’d learned earlier was the importance of character.

And last, you talked in your interview with Anna Olswanger at scbwi.org about your real-life adventures going treasure hunting, which has also been an inspiration to you as a writer.

Can you tell us, for fun, about one of your favorite adventures hunting for treasure or visiting ghost towns or about an adventure you had that ended up in one of your books?

I spent four or five years looking for treasure, some of that time in Panama, searching for a buried shipment of goods from long ago, and the rest of the time in Utah searching out the locale of a Butch Cassidy stash of stolen silver.

We found the mesa where the silver was, but never the precise spot. The search turned out to be my first published piece, in “True Treasure Magazine.”

It was only later I learned that it was a famous treasure, and because I had inside information from one of the descendants of Butch’s gang, I was supplying the magazine’s readers with some crucial missing pieces of the puzzle. So, I may have lost the silver, but embarked on a writing career. I think things worked out for the best—in fact, forty years later, I know it.

Thank you so much, Stephen, for sharing your time for this interview. It’s been an honor to interview someone who has made such a lasting impact on literature for children and those who love it.

Stephen Mooser is the author of more than 60 books for children, from picture book titles such as The Ghost With The Halloween Hiccups, illustrated by Tomie dePaola to nonfiction, Lights! Camera! Scream! How To Make Your Own Monster Movies, series and chapter books, The All-Star Meatballs, The Treasure Hounds, The Creepy Creature Club, Young Marian’s Adventures in Sherwood Forest, and novels such as The Hitchhiking Vampire and It’s A Weird, Weird School. A former filmmaker and treasure hunter, he is co-founder of the SCBWI and currently serves as the organization’s president.