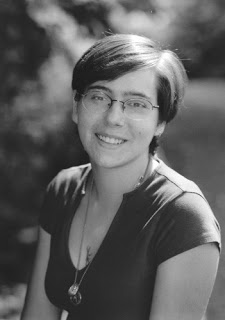 One of the most exciting challenges I face when writing fantasy is world-building.

With a brand new book in a brand new world, the challenge is to figure the world out. What cultures exist, and how do they interact? How does magic work, and what are its limitations?

This is a fun stage, though the first book in a new world is normally a mess, because I spend a lot of time walking around, looking through a character’s eyes and going, “That’s cool. What do I do with it?”

In the Forests of the Night (Laurel Leaf, 2000) was the sixth or seventh book I wrote in Nyeusigrube. It took me that long to develop the world enough in my own mind to write a coherent story within it.

Once I, as the author, have a sense of the world, I need to figure out a way to communicate it to the reader without drowning them in info-dump that slows the plot.

Imagine writing a story about a girl who has ridden horses all her life, who goes to compete at professional horse-racing. There is probably no reason that anyone in that story is going to take the time to say, “A horse is a tall animal with four hooves. It’s thinner than a cow, with slender legs…” Everyone in the story knows what a horse is; they might think or talk about technical details (“Oh, I need to remember to get new shoes for that horse”), but they will not bother to describe the animal itself. That’s fine, because most people reading the story already know what a horse is.

In fantasy, however, a writer is often faced with a circumstance where the character is encountering something that is as familiar as a horse to him, but unfamiliar to the reader. This might include animals, or land features, or cultural norms, or something else entirely.

Either way, the challenge is to somehow communicate to the reader what this thing is, and that it is normal to the character, without the narrator taking the time to make an aside that interrupts the narrative flow and seems odd for the character himself.

The Kiesha’ra Series was especially challenging in this way; I often needed to clarify the world for my editor, so she could help me figure out how to explain to the reader.

Then, of course, there is the challenge of a well-developed world: Maintaining canon.

I sometimes have people say to me, “It’s fantasy. You can do whatever you want.”

Whatever has been established for the world needs to have consistency through stories, or a very good reason for changing. 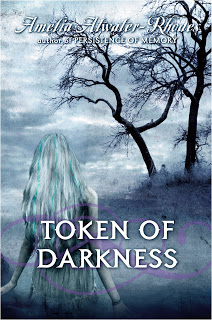 In In the Forests of the Night, Risika says there are ghosts; in Token of Darkness (Delacorte, 2010), it is an important plot-point that Ryan le Coire says ghosts do not exist. Both books are canon.

In this case, the apparent contradiction is solved by a matter of semantics: Risika isn’t a witch, and she uses the term “ghost” in a different way than Ryan does. However, since no one in Token of Darkness knows Risika (Ryan certainly knows of her, but it is unlikely that they have met), and they certainly have no access to her interior narration, I needed to find a way as writer to acknowledge and clarify the apparent contradiction without Cooper stepping aside to say, “In Forests, Risika claims…”

In the real world, I can assume most people are familiar with basic facts of reality.

In fantasy, even the law of gravity sometimes needs to be clarified.

Surf by all the stops on Amelia’s online tour!

March 8: Books by Their Covers

In addition, you can also visit with Amelia this week at Random Buzzers!