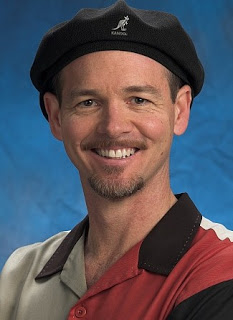 Could you describe the best experience you’ve had working with an editor?

Working with Michael Stearns, first at Harcourt, then at HarperCollins, has been my best editorial experience so far.

(So it’s all the more disappointing that he’s quit editing for agentry.)

Maybe you never forget the editor who first opens the door and ushers you into that club of published authors.

But more than that, he fulfilled most of my ideas about what a relationship with an editor should be. He was, by turns, cheerleader, critic, brainstorming partner, advisor, and champion.

With Michael, I felt like I was a two-headed writer–that second head giving me the perspective on my own work that is so tricky for most of us to achieve.

One thing I particularly liked about Michael was his twisted sense of humor–so close to my own. He knew when to push a joke in the story and when to back off. And while he didn’t always know what that joke was, he would make comments like “this could be expanded” that helped me discover the humor on my own.

In his editorial letters, he posed questions rather than offering solutions. Although I occasionally complained, it was good for my growth as a writer, since I needed to discover the solutions myself. 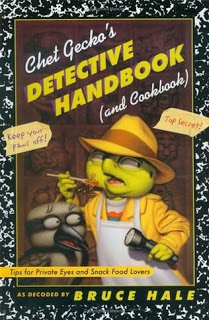 One of my favorite times with Michael was brainstorming the Chet Gecko Detective Handbook (and Cookbook): Tips for Private Eyes and Snack Food Lovers (Harcourt, 2005).

We took a break from the IRA conference and retired to a San Francisco coffee shop, where we just tossed ideas around.

“Oh, it’d be fun if…” and “Why don’t we do something like…?” bounced back and forth over an hour or so. Fevered notes were scribbled on scraps of paper. Laughs were laughed, much tea and coffee was consumed.

It was very much like working with a co-conspirator, which is my vision of what an editor should be. Often he saw what I was trying to say, even when I couldn’t quite express it. And that kind of teamwork is rare in my experience.

In the end, Michael “got” my stories. That’s it. And that, above all, made him a pleasure to work with.

For me, success is an ever-moving target. Although I’m happy to have experienced some of it, the definition keeps changing, the longer I work as a writer.

Initially, success for me meant getting published–period. Then it morphed into getting published with a major national house. After I’d accomplished that happy aim, the goal became landing on a bestseller list, and then earning a living doing what I love. And on and on the goal moves…

Today, I feel most successful when one of two things happens:

1. When I get an e-mail from a reader saying something like, “I used to hate reading, but since I read your book, I love reading.”

That is so satisfying–the feeling that you’ve reached somebody and made a difference to them. Stories are satisfying to write, but ultimately the communication feels most complete when you hear how a reader enjoyed your work.

2. When I read an advanced reader copy of my latest book and know that the story is done, that it has come through me, and that it is about to enter the world.

At that point, I can tweak the words a little bit, but the tale is essentially in final form. What a relief.

Completing a story is a full-on challenge, every time, and when I reach that stage where I’ve written it as well as I can, I savor the moment. That’s success–expressing what you set out to express.

In the video below, “Bruce Hale delivers the opening keynote of day two of the 2009 SCBWI NY conference with a song.”