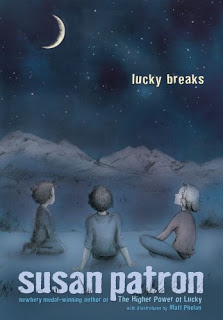 How do you psyche yourself up to write and to keep writing?

When I was eight, I had to keep my little sister captive in the bathtub every night until she got clean. This was my job, and it wasn’t easy; she was four and squirmy.

So I made up stories, probably pastiches of comic strips in the Los Angeles Times, in which my sister played a pivotal role.

But here’s the trick: I believed that I was retrieving the stories from the bathroom’s built-in laundry hamper.

Since people were always throwing their dirty clothes into it, there was a continuous supply of stories, which somehow rubbed off them and onto their clothes. All I had to do was open a little window in my mind and the stories would fly in.

It was my way of bringing forth, every day, a miniature drama or narrative–I wasn’t “creating” them, I was “finding” them.

I also discovered that I could deliver a beginning and a middle, but if the end was elusive, it was okay to stop midstream with a promise that we’d find out the ending tomorrow. And the next day I’d sit again on the lid of the toilet, focus on the laundry hamper, and “receive” stories through the little window in my mind, while my small sister sat in the cooling water, sucking her washcloth, waiting.

I know this is odd. It was about creating diversions, ways of tricking myself, so as to avoid the difficult task of “making up” stories–even though that’s exactly what I was doing.

When, as a grownup in the early 1990’s, my sister casually recounted our old bathtub-stories family saga to the editor of my picture books, he turned to me and said, “Go write that. It’s a book–a novel, not a picture book.”

I was filled with equal parts joy (he thinks I can actually write a novel!) and fear (how the hell does one write a novel?).

So I tricked myself into doing it by setting down the story as if it were an oral tale, like my picture books–as if it came from the folk tradition and I was just doing a “modern retelling” of stuff I “knew.”

What I’m saying is, if I were to poise my fingers expectantly over the keyboard every day saying, “now I’m going to write a cohesive, exciting, original, relevant, wonderfully-realized novel,” I’d crack open and die, like a rock committing suicide. Instead, I fool around–in a very serious way–pretending that this isn’t the important part and I’ll just jot down one little scene for now and get to the hard part later.

And if I pay really close attention to what I already “know” about the characters–what I’ve already written, about how the crabby neighbor always hesitates a second and licks her baby finger before turning a certain corner, for instance–I have to trust that I had some reason for envisioning that, and now my job is to tease it out, to peel off the layers to find out why she licks her finger and how that relates to her crabbiness, because of course it must. I just open the little window in my mind, and it all comes wafting in.

If I have thriven (and thank you for the rare opportunity to use that form of the verb), it’s mostly due to respecting the intelligence and sensitivities of readers. This means trying to write a story in which some form of truth (something I need fairly urgently to express) is revealed—not directly, but through the fiction itself. A kind of truth, in other words, that speaks directly to the heart of the reader, and can be expressed only by means of the story.

Add to that a couple of really lucky breaks.

And finally: watching for opportunities and finding them in events that at first appear to be inopportune. For example, I have had a different editor for each of the three books in the “Lucky’s Hard Pan” trilogy.

The editor for my first six books, Richard Jackson, announced his retirement after publishing The Higher Power of Lucky (Simon & Schuster/Atheneum/Richard Jackson, 2006). I was hard at work on Lucky Breaks, which he had acquired.

The prospect of a new, unknown editor was daunting: I’d known of editors being coerced into taking on projects they hadn’t acquired and resenting it; I’d heard about the dire fate of many orphaned books, etc.

Plus, there was significant fear in writing a sequel to a book that had just won a major award; this was by far the most difficult book I’d ever undertaken, and I was already struggling to stay on the project.

The brilliant Ginee Seo agreed to edit the book, and I loved working with her. She got me through that paralyzing insecurity about measuring up to the previous book. She taught me a great deal. (There is a very short piece about this, “A Lucky Break: What My Last Book Taught Me,” in “Hunger Mountain,” a publication about writing from Vermont College of Fine Arts.)

After we had finished our work together on Lucky Breaks and after Ginee acquired the final book of this trilogy, she left Atheneum. My sense of loss and sadness (okay, despair) were mitigated, and I was again hugely fortunate, because I was given the chance to work with another of the great editors of our time, Caitlyn Dlouhy. I’d heard about her formidable editorial talents for years from my friend Cynthia Kadohata.

Caitlyn and I are now working fruitfully and happily on the concluding title in the “Lucky’s Hard Pan” trilogy.

Three different editors, each with a distinct style and process, working on three closely related books. I believe that each editor wanted what was best for the book, and I hold them all in highest regard. What could have been seen as difficult and conflicting was for me an opportunity. I guess it’s about faith and trust. And ‘tude.

Of course I’m aware that the question may refer to a more practical type of action, such as maintaining an online presence and having a Facebook page for your main character. And while these are useful, I resist the temptation to give them tremendous weight, which would invite a correlation between successes and failures and some form of pajama marketing.

Better, I think, to look at craft, to remember that what editors, agents, librarians, book retailers, and readers want is a memorable story.

This final book in the trilogy [tentatively titled “Lucky for Good”] brings Lucky face to face with an excruciating moral dilemma involving Miles and his mother, Justine, who returns to Hard Pan. Lucky also gets into serious trouble for starting a fight with an older boy, discovers a strange relative called “Stick,” and says the hardest goodbye of her life. Meanwhile, Hard Pan residents join together into an unlikely army, declaring war against the closure, by the County Health Department, of Brigitte’s Hard Pan Café.

In facing deep questions of belief and faith, truth and meaning, this concluding book continues to explore the vast, rocky landscape of the human heart. As always, Lucky is brave and foolish, impulsive and tender, vulnerable and determined. Ultimately she forges her own path: Lucky for good.

In the video below, check out a “Chidren’s Book Trailer for middle grade novel Lucky Breaks, a sequel to Newbery winner, The Higher Power of Lucky by Susan Patron.”