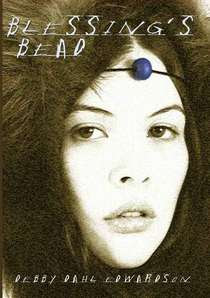 What I love most about writing is that wonderful alchemy that turns words on a page into complete worlds, places that become so real we can smell the trees and hear the voices.

I especially like it when a character jumps right off the page and says or does something that takes me, the writer, by surprise. This is the part of writing that most excites me.

Like our readers, we writers learn things through our own writing, things we may not have come to otherwise.

When teaching writing courses, I like to quote poet William Stafford who said, “A writer is not so much someone who has something to say as he is someone who has found a process that will bring about new things he would not have thought if he had not started to say them.”

The fact that writing is a journey, not a destination, is what keeps me writing, I think. Even as writers, we often don’t understand certain things about our books and their relationship to our lives until long after we’ve written them.

In On Writing by Stephen King (Scribner, 2000), King remembers writing The Tommyknockers (Putnam, 1987) as he struggled with addiction. It’s a story about alien creatures who get into peoples’ heads giving them energy and superficial intelligence in exchange for their souls.

“It was the best metaphor for drugs and alcohol my tired overstressed mind could come up with,” King realizes in retrospect.

I like that. I like the fact that our work takes on a life of its own and makes commentary on our world–and the world or our readers—in ways of which we, in our conscious ramblings, are sometimes only dimly aware, if we are aware of it at all. This is very powerful and ultimately quite hopeful, I think.

We tend to get so caught up in the insecurity of writing as a business, that we lose sight of the bigger picture. It’s important to find joy in the process, learning the lessons it has to offer.

And to speak for a moment specifically about writing for children and young adults, I have to say that part of the reason I love writing for this audience is because I remember, vividly, my own experience as a young reader, spending days gloriously lost in books, an experience that gets harder and harder to replicate as I become older, more care-ridden and more craft conscious.

I remember being told, repeatedly, “get your nose out of that book!” The implication was that I was so busy reading I was missing life, when in fact reading, for me, was life—heightened life, life condensed into its essential elements.

It’s taken me over fifty years, in fact, to understand the deep reaching effects that certain childhood books have had on who I am and what I believe. To be one of the ones writing for this audience is, quite simply, an incredible honor. 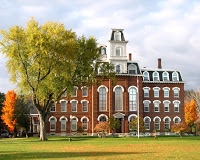 Writing is a lonely business. Before you publish, it feels like a guilty secret, and even after you publish, it’s still a very private thing, a thing “normal” people sometimes just don’t get. Now I’m part of a writing community that spans the world, and the feeling of connection this gives is critical for me.

In my graduation speech at VCFA, I quoted Kurt Vonnegut, who said once that, “every human endeavor is about the search for family.” Finding a writing family is crucial work for a writer and finding the right family is, indeed, one of the highlights of one’s career.

As a young public radio reporter in 1983, I covered an award ceremony for the Alaskan Women’s Commission in which an elderly Inupiaq woman, Sadie Neakok, was being recognized for serving her community as a magistrate for many years. “The support of my townspeople,” she said, “that was the most important thing.”

I remember this quote vividly all these years later, because I recognize the impulse. The town gets bigger and bigger but that support continues to be the most important thing.

Blessing’s Bead (Melanie Kroupa Books/Farrar, Straus and Giroux, 2009) grew from another interview I did as a radio reporter.

I was covering a meeting of the Inuit Circumpolar Conference in 1986. ICC represents the Inuit of Alaska, Canada, Greenland, and Russia, and 1986 was the first year the Russian Inuit had been allowed to attend.

An elderly Yupik woman I interviewed remembered how, when she was a small child, the Russian Inuit had visited her village annually. Some of the people of the village had married Siberian Inuit and gone to live in Russia. By the time I interviewed her, there were families that had been separated for nearly 40 years.

This woman left me with an image I never forgot: the image of old women, standing on the western shores of an arctic island, gazing towards Russia with tears in their eyes. This image became the impetus for Blessing’s Bead, which is a novel told in two parts.

The first part tells of two sisters, separated by marriage. The year is 1917, the eve of great influenza pandemic and the narrator is the younger sister.

The second part of the book is narrated by the Nutaaq’s great granddaughter Blessing, whose life is in the midst of upheaval. The year is 1986.

Simply put, Blessing’s Bead is story is about the healing power of family and culture.

I have just finished a novel told in linked stories and many voices about the Alaskan boarding school experience entitled, My Name is Not Easy. I’m also working on a novel entitled No Word for Goodbye, which employs what might be labeled as the techniques of magical realism.

In my mind, though, it’s a novel that uses traditional Inupiaq beliefs, which are still very real, to tell a contemporary story that has mythic elements. The main character is a biracial boy who is dealing with issues very familiar to me as the mother of seven biracial children.

Debby and fellow author Nancy Bo Flood hosted a week-long discussion of Native Characters & Themes in Youth Literature from Nov. 9 to Nov. 15 at Through the Tollbooth. Posts include Native American Spirituality in Children’s Books.

Uncommon Sense- Author Debby Dahl Edwardson and Her Process from Tami Lewis Brown at Through the Tollbooth.

Blessing’s Bead: An Interview with Debby Edwardson by Carol Brendler at Jacket Knack.