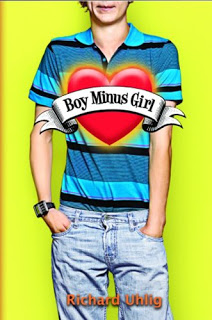 What first inspired you to write for YA readers?

I wasn’t inspired to write for YA readers because I didn’t know the genre existed. About five years ago, at a dinner party here in New York, I met Rachel Cohn and Patty McCormick, two big time YA authors, who explained to me just what YA was.

At first I thought: Oh no, Sweet Valley High.

But Rachel convinced me that YA was infinitely more sophisticated and edgy than that.

When I told her I had written an unpublished novel about an eighteen-year-old boy and his first love, a novel that wasn’t selling, she urged me to market it as YA.

I suggested this to my agent, she agreed, and within a few weeks, we had two offers from major houses.

I received a deal to write another YA novel, so I started reading YA books–and loved them! I found them to be more engaging than a lot of contemporary adult literary fiction, certainly less pretentious.

Let’s face it, adolescence is a dramatic time of life: you’re trying to make sense of your changing body and your forming identity while being forced to make major life decisions. You’re not quite an adult, yet you’re no longer a child, and everything is just so darn over-the-top (first love, first break up, make-it-or-break it tests). Let’s not even get into how lonely those years can be.

I come from the world of film. I grew up on movies and television, not books, and attended film school. But something about the film-making process didn’t entirely work for me at that time in my life, finding I enjoyed being alone rather than waiting around on a set for hours while lights were being set up. I’ve never been much of a joiner, and working on film is a very collaborative experience.

Consequently, I went into screenwriting. I quickly learned the only way to write is to force yourself to sit down and do it, that there are no short cuts, no easy outs.

Screenwriting taught me story structure, plot and suspense. After two of my films were made, I found I wanted to try my hand at a novel, chiefly because I was frustrated with the ways my movies turned out.

I was fortunate to sell the first novel I wrote, but again, I’d been writing screenplays for almost ten years. That said, my first novel was rejected by agents everywhere. But I listened to their comments (when I could get them) and kept rewriting the book.

I’m a tenacious guy. I think you have to be to make it as a writer. Eventually, I hooked an agent who sold the book.

Could you tell us about Boy Minus Girl (Random House, 2008)?

It’s very loosely based on an uncle of mine who came to visit my family for a short while when I was in high school. He, in fact, dated waitresses from the topless bar he owned. He was larger than life, a real character.

I was also bullied in junior high and had read a book on how to seduce women.

Those elements were the springboard for the story. I just took it from there and ran with it.

It’s different with each novel and screenplay. For my first novel, it was about three years. For my second novel, it was less than a year.

The easiest part for me is coming up with story ideas, but where it gets tough is when I set out to write the first fifty pages. Usually, I can fire off the first few chapters pretty effortlessly, setting up the characters, their wants and their problems.

Invariably I run out of steam and am forced to roll up my sleeves and slug through it, word by painful word. Sometimes the story just won’t catch fire, and that’s when I have to go back to those first chapters and rework them, and that can take months.

But once I get it right, once the characters’ motivations are clear to me, and I know what sort of story I want to write, then the rest usually unfolds at a steady clip, and the process becomes fun again.

What are the challenges in bringing the book to life?

First, staying motivated and focused. Whenever I’m in the midst of writing a book, I always get the itch to write something else, something that seems like a lot more fun, a lot more dramatic than what I’m presently writing.

But over time I’ve learned to jot down these ideas, toss them in my desk drawer, and forget about them until I’m finished with the current project. Otherwise, I’ll never finish a book or a screenplay. “Completion” is the name of the game.

Secondly, once the book is done, I have to force myself to pound the pavement to market it. That means either following up on every lead I have for an agent, or, if I have an agent, to stay in constant contact and make recommendations.

This I struggle with. I’d rather write the thing and let it find its home, but that doesn’t happen very often. Writing is only half of the equation.

The book is set in the central time zone and in the second half of the 20th century. So why Kansas? Why the 1980s?

I grew up in small town Kansas in the 1980s, that’s when I was a teenager, and I draw on that time and place because I know it so well.

Secondly, I presently live in New York City, a place that is the antithesis of rural Kansas, and that offers me a certain perspective, a certain distance, on my hometown. There’s something about the prairie and the uninterrupted horizon that just makes me want to write. Perhaps characters seem larger than life in such a desolate place.

I was struck by your successful mix of comedy and more serious themes. What advice do you have for those interested in writing a story with some humor in it?

Let the humor come from the characters! Never force them to say or do things that they wouldn’t do. In other words, don’t go for a joke for the joke’s sake.

I belonged to a writing group for a few months, but it fizzled because everyone was too busy with other things. I typically write alone. My first editor is my dad, a writer himself with a great sense of what makes a story work, followed by my wife, who is the least sentimental, least phony person I know, then it’s on to my agent, who is painfully honest, and finally the book editor and or/producer. That’s more than enough critiques for me!

How do you balance your work as writer with the responsibilities of being an author?

I don’t do a very good job of balancing it, to be honest. On my first book, I put together a book tour in the region where the novel was set, and I sold several hundred books. I was on TV, had several newspaper articles written.

However, I prefer to write. I’d really rather work on something new than to talk about something I wrote months ago.

If some kid from Kansas, who grew up watching “The Munsters” and “Leave It To Beaver,” can write and sell novels, you can too.