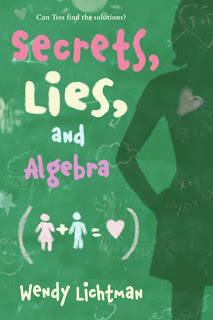 “She has also written four previous young adult novels before her Do The Math series. She holds a degree in mathematics and has tutored public-school students in algebra for several years.

“When she decided to write about a teenage girl who realizes that some questions have more than one right answer, algebra, with its unknowns and variables, seemed a perfect metaphor.

I had a couple of “no, thank yous” from agents because of the mathematical content in this series. One agent who turned it down said, “This is a great book, but sorry, math is a hard sell.” The agent who said yes, on the other hand, wrote, “I hate math, but I love this book.” He’s my guy.

I’ve participated in several writing workshops, which are always a shot in the arm, but I think my commitment to continually being in a writing group with colleagues has been the most helpful support for developing my writing skills.

I also teach writing classes, and having to explain things to students helps me conceptualize and clarify my ideas about writing.

At the heart of the first book, Secrets, Lies and Algebra, is a murder mystery, based on an actual story from my childhood of an acquaintance of my mother’s who appeared to have committed suicide.

Mom, and many other adults in my community believed that the woman’s husband may have been involved and that, in fact, the apparent suicide was a murder.

I always wanted to write this story, but not until I listened to a lecture by Dr. Robert Moses, the director of The Algebra Project and co-author of Radical Equations (Beacon Press, 2001), did I think of telling it through algebraic metaphors.

When I got that idea, I called a friend who was the principal of a school in Oakland, and asked if I could observe an eighth grade math class for a while. I wanted to see both authentic algebra and authentic kids of that age, and my friends said, “yes,” as long as I would stay at least three months.

I stayed for two years and found it so satisfying to work with the kids that I continue to volunteer in the public schools in my area.

Did you always know there would be more than one? 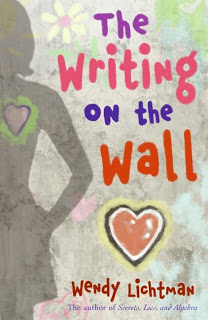 No, but by the time I finished Secrets, Lies and Algebra, two things had happened:

1) I was deeply committed to the eighth grade students I was observing and tutoring, and I was getting wonderful response from them about using fiction to understand math (and math to understand fiction!); and

2) I was also deeply committed to my fictional characters and not ready to stop working with this crowd.

This is always a juggling act for me. I enjoy the promotional aspect of the business because when I go into schools or speak at conferences of teachers or librarians, I love engaging with my audience–it’s a lovely balance to the solitary work of writing.

But I’m less good about online promotion–it feels too much like the solitary job of writing, I guess.

I have both adult readers–other writers with whom I exchange manuscripts–and teen readers, a writing group from a neighborhood school, which acts as my first readers.

I guess I’d have to confess how hard the work is and how surprised I am by that.

(I’m afraid I used to believe that the creative act was a great pleasure, without understanding the discipline that’s needed as well.)

On the other hand, there is enormous satisfaction in this business. Not only in being able to make something tangible–a book–out of something intangible–an idea, but also in the wonderful response from readers.

It’s worth it, I’d tell myself. Stick with it.

I swim daily, bike often with a group of friends, and teach writing (not sure that’s “outside the world of books”).

I’m hoping there will be one more Do The Math novel. I’ve started working on that. And also, another middle-school novel in which there is actually no math (!).

The question I’m asked most frequently before people read Secrets, Lies and Algebra, or its sequel The Writing on The Wall, is this: Why use math to tell your stories?

I’m not surprised at the question because I know many readers think of mathematics as a subject that is separate–and distant–from the rest of their lives.

But Tess, the eighth-grade girl at the center of this series, sees it differently. For her, math is all about patterns–and so is human behavior. And, like most teenagers, she faces plenty of problems that need solutions.

Is there a formula that predicts if the boy you like has a crush on you? Does it help to look at things from a new angle when you mess up big-time? How can it be that some questions have more than one correct answer, while others have none at all?

After people read my books, I’m grateful to get a very different response: students often tell me they finally understand a certain math concept because they were able to see it through Tess’s unique perspective. Which was exactly my hope.

One of my goals in writing the Do the Math series was to show that mystery, intrigue, romance, and mathematics could be on the same page.

Teen readers–who know very well that many things change as quickly as the variables and unknowns in their algebra books–can appreciate how Tess’s view of the world deepens their understanding not only of math but also of life.