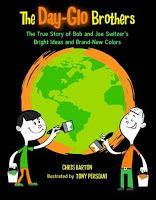 Alumnus Offers “Color” Commentary on Writing for Kids from Shelflife@Texas. An interview with author Chris Barton. Peek: “I had seen Bob Switzer’s obituary in The New York Times in 1997, and the story of how he and his brother had invented daylight fluorescent colors had these unlikely elements – a magic act and a terrible accident involving ketchup bottles – that made it unforgettable.”

Writers and Depression by Nancy Etchemendy from the Horror Writers Association. A frank discussion of warning signs and why writers are so vulnerable. Be good to each other out there. Take care of yourselves. Peek: “Having other writers to talk to can help you keep a healthier perspective. One note of caution here, though. Be careful about participating in a workshop or critique group while you’re depressed. Inept or unnecessarily harsh criticisms can exacerbate the problem.” Note: I run this link periodically, but I would encourage everyone to be especially aware given the economic situation and negative media.

If you are on Facebook, you can become a fan of Carrie Jones’s Need (Bloomsbury, 2009). See also Moving On Up: ‘Need’ by Carrie Jones by Shannon Maughan from Publishers Weekly.

Bree Biesinger Despain: Confessions of a Mere Mortal: Mild mannered citizen sets out to do the extraordinary–get her books published. Yep, I’m a YA author! Peek: “So only a few weeks after buying my novel, the marketing team at Egmont USA asked me to provide them with an official author picture to be used on the back of my book and other promotional materials. Which basically caused a panic of monumental proportions at my house. . .” Note: congratulations!

Enter to win a copy of Torched by April Henry (Putnam, 2009). Deadline: March 15. Read an interview with April at sea heidi write. Peek: “I have one active and another retired FBI agent who are great about answering questions about all kinds of things. And I’m on a listserv where a bunch of cops, ex-FBI agents, CSIs, firefighters, and private investigators are willing to answer questions.”

Cool science, where are you? by Fiona Bayrock, from (Charlesbridge) Unabridged. Peek: “I don’t set out to teach anything. Instead, my goal is to share. This may sound like splitting hairs or playing with semantics, but it’s actually an important distinction. Both involve the author imparting knowledge, but the mindsets are different, and so the attitude and approach to the writing is different, too.” Source: The Miss Rumphius Effect.

YA YANot?: the official social network of TeensReadToo. See my page.

“Magical Magazine Fiction” by Jan Fields from the Institute of Children’s Literature. Peek: “Fantasy in magazines differs from fantasy in books in several important ways…”

Cigarettes and Red Vines: The Necessary, Blurry Line of YA Fiction by Kim Culbertson. Peek: “Now, before you start thinking these women are behind the times, these are smart, progressive women I’m talking about here. They have very open minds and a very broad reading palette. They just expressed being…concerned. They wondered aloud if by having so much sex and drugs and alcohol present in all the books (and so much of it is so casual) makes these things seem ordinary to the twelve year old reading it.”

TMI (or To Blog or not to Blog) by Kristina Springer from Author2Author. Peek: “You most likely wouldn’t go up to someone in an office and say hey, guess what my salary is. Right? So don’t do it online either.”

Homespun Light is the new home of Deliciously Clean Reads. It will also feature craft ideas, day-to-day life, picture book reviews, learning activities, and more. Peek: ” I started this blog where anyone can recommend books as long as they are free of sex, profanity, and graphic violence.”

TeensReadToo gives Eternal (Candlewick, 2009) five stars and cheers: “This novel is definitely a page-turner. It is filled with danger, deception, humor, love, sadness, and hope.”

As long as you’re shopping, why not take a look around and see what else you can find? 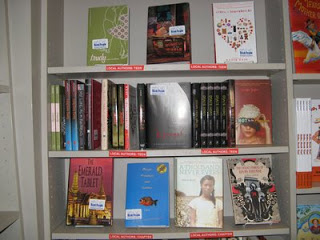 You can also check out spooky fantasies… 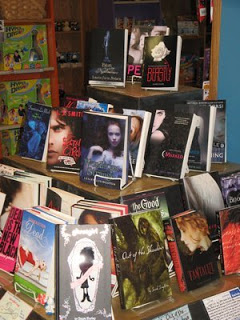 Giveaway and Interview with Cynthia Leitich Smith by Liviania from In Bed With Books. Enter to win a copy of Eternal (Candlewick, 2009). Peek: “…author contest can be entered by commenting on his or her interview or guest blog. The comment must be relevant to the content of the post.” Scroll here for how to earn bonus points.

Interview: Cynthia Leitich Smith, author of Eternal, Tantalize (Win stuff!) from Boy with Books. Comment between now and March 7 to enter to win a copy of Eternal (Candlewick, 2009) or Indian Shoes (HarperCollins, 2002)! 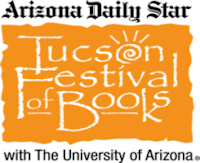 Cynthia will sign Eternal (Candlewick, 2009) and Tantalize (Candlewick, 2007, 2008) at 3 p.m. April 2 at Candlewick Booth at the annual conference of the Texas Library Association in Houston.

Authors Kathi Appelt and Cynthia Leitich Smith invite you to join them at 1 p.m. April 11 at BookPeople (Sixth and Lamar) in Austin. They will be celebrating the success of Kathi’s The Underneath (Atheneum, 2008), which was a National Book Award Finalist and newly crowned ALA Newbery Honor Book, and the release of Cynthia’s Eternal (Candlewick, 2009). The event will include very brief readings, entertaining commentary, and a signing by both authors. Please help spread the word! Let me know if you can make it! Hope to see y’all there! Read a Cynsations interview with Kathi.