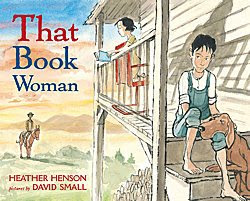 For as long as I can remember, I’ve wanted to be a writer, but I hadn’t really thought about writing children’s books until after I graduated from college. I began temping to make ends meet in New York City, and one of the first temp jobs was at HarperCollins Children’s Books.

During that time, I rediscovered all the books I’d loved as a child, books my mother had read to me. I enjoyed working on children’s books so much that I decided to stay, and luckily the job became permanent.

Eventually I became an editor. I kept on writing in my spare time, though, and slowly my own work started to shift over to the world of young adults and children. Now I can’t imagine writing for “older” readers.

I was incredibly lucky because I was an editor before I was an author, and so I knew something about the business of publishing. But even so, there are always hurdles.

My first novel for young adults was published right away, but it’s taken about eight years for my second novel to come out. The revision process for that novel took a lot longer, and it changed editors’ hands a couple of times.

Also, the editor who published my novel didn’t connect with my first picture book manuscript, but I sent it to another editor, and she loved it.

You just have to keep sending stuff out to see what connects. 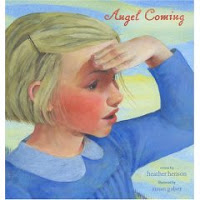 Making the Run, my first novel for young adults, was published by Joanna Cotler Books/HarperCollins Publishers in 2002. It was featured in Publisher’s Weekly’s Flying Starts and was chosen as a New York Public Library Book for the Teen Age.

Congratulations on the success of That Book Woman, illustrated by David Small (Atheneum, 2008)! Could you fill us in on the story?

The book is about a young boy named Cal who lives high in the Appalachian mountains of Kentucky where there are no schools or libraries because it is so remote.

One day a woman arrives on horseback with a saddlebag full of books. She is a Pack Horse Librarian, and she will return every two weeks to “swap” books.

Cal’s sister is overjoyed, but Cal is suspicious of the stranger. Why does she keep coming up the mountain in all kinds of weather? What’s so important about books? Why are they “free as air?”

Eventually we learn that Cal’s distrust is rooted in his shame over not being able to read. But because of the book woman’s bravery and perseverance, Cal comes to see the wonder of books, and he is able to overcome his stubborn pride and ask his sister to teach him to read.

A photograph. While researching my fist picture book, Angel Coming, which celebrates the work of the Frontier Nursing Service of eastern Kentucky, I came across a photograph of a woman on horseback bringing books to a family in Appalachia. The woman was part of the Pack Horse Library Project, kind of a book mobile on horseback. There were more photographs and stories about these brave, remarkable women, and I was just hooked.

I knew immediately I’d found a great nugget of history for a picture book, I just wasn’t sure at first how to approach it. It took at least a year to really “find” the story. But once Cal started to “speak” to me, I just felt that I was on the right path.

It took about a year to write the manuscript. I finished it just before my twins were born!

When they were about four months old, I was able to focus enough to begin revisions. The manuscript went back and forth between me and my editor for nearly another year!

Finally, my editor felt it was perfect (she’s tough!), and she sent it to David Small. Lucky for me, he liked it and decided to make time in his busy schedule.

It came out earlier than I expected, which was a thrill, but still it was almost four years from start to finish.

Having twins! I honestly don’t remember the first year of their life, it’s such a blur, and so I’m not sure how I actually was able to work at all!

What did David’s art bring to your text?

Where do I begin? David is brilliant, so of course he brought his vast experience and unique vision. But one incredibly important thing: originally Cal was younger than his sister, Lark. But David made the choice to make him older, and this was a brilliant decision because it made the fact that he can’t read more poignant.

What were your favorite books of 2008 and why?

Chains by Laurie Halse Anderson (Simon & Schuster, 2008) because the story and writing are so powerful.

The Underneath by Kathi Appelt (Atheneum, 2008)(author interview) because the writing is exquisite.

It’s tricky. I’m too new at being an author to have a great solution. I’ve traveled much more for That Book Woman, because when Angel Coming was first published, the twins were only about ten months old. I’ve loved going to book fairs and libraries and schools and bookstores this past fall because the response to That Book Woman has just been so wonderful. But traveling to promote one book definitely takes you away from what you’re working on next.

I need to write every day, so getting off schedule is hard. I’m behind on a novel now in fact. But I hate to complain because I’m so lucky to have a reason to travel!

My novel for middle grade readers comes out Spring 2009. It’s called Here’s How I See It/Here’s How It Is, and it’s about a girl growing up in a summer stock theater, dreaming of being a famous actress.

Another picture book will be published Summer 2009. It’s called Grumpy Grandpa, and is illustrated by Ross MacDonald. It was inspired by my son’s relationship with his sometimes grumpy grandpa.