Beverly Patt on Beverly Patt: “A 40-something (okay, automatically you know I’m over 45 because no one under 45 calls themselves ’40 something’) mom of four, wife of one and writer of, well, it depends on what you’re counting.

“I was even a Teen Advice Columnist until one of the Back Street Boys‘ girlfriends replaced me. Honestly. The nerve.”

Congratulations on your debut novel, Haven (Blooming Tree, fall 2009)! Could you tell us a little about it?

14-year-old Rudy Morris would love nothing more than to own an ATV to help him escape his claustrophobic family once in a while. Ward-of-the-state Latonya would be happy to merely have a family to escape from. And Stark? Well, he just likes to fix stuff.

Put them all together and you’ve got a runaway plan that may be headed for disaster. Or even worse–success.

When did you find out about your first sale? What happened? How did you celebrate?

I found out over the phone in August of 2006. Miriam Hees, publisher of Blooming Tree Press, called me and said, “How’d you like to sell me a book?”

I screamed. Embarrassing, but true.

My son thought I’d been stabbed…

…or seen his supposedly cleaned bedroom.

My sweet, supportive hubby took me out for Chilean Sea Bass at our favorite restaurant.

My writer’s group threw a party.

And fellow Chicago debut writer Cynthea Liu took me out for Thai!

What about being a near-debut author has surprised you the most?

How really long it is between getting that call and getting that book on the shelf. And how I still don’t feel like a “real” writer yet.

You’re involved in the Class of 2k9 cooperative professional effort? What does this mean? What is your specific role?

The “Class of 2k…” was the brainstorm of 2007 debut novelist Greg R. Fishbone–he thought a group of debut children’s novelists could grab more media and industry attention together than on their own.

I was originally in the Class of 2k8. When my book got pushed to 2009, another former 2k8r, Rosanne Parry, and I took the torch and began taking applications. The early members elected me co-president while I was in the bathroom. Or something like that. (The other co-president is Albert Borris).

As to what the 2k9 group means…well, it’s this amazing group of dedicated children’s/ya novelists who have put loads of time and effort into… making a (wonderful!) group website, setting up speaking engagements, planning contests and giveaways, organizing outreach programs for under-served/needy schools and libraries, writing up reading guides/teaching guides/bookseller guidelines. Oh! And like any organization that has more than one woman on it – we have food! Well, recipes really, that go with our books.

My specific role has been dealing with the website (with my small committee) and providing comic relief.

How did the class come together? What were the criteria for membership eligibility and why?

We set up a hotmail account and put out a general call on as many places as we could – Verla Kay’s Website for Children’s Writers and Illustrators, LiveJournal, etc. 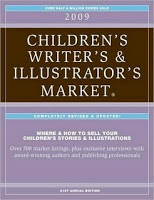 People who were interested emailed us and we sent them an application.The requirements set by previous classes were: (1) this had to be your first children’s/YA novel; (2) published in the US by a publisher recognized in CWIM. There was also a monetary contribution (for the website, print/swag, etc).

We really tried to emphasize in our cover letter that being a part of this group would take a considerable chunk of time and commitment.

Who are your members?

Why did you decide to participate?

I actually can’t remember how it happened–maybe Jody Feldman and Marissa Dolye (2k8 co-presidents) asked Rosanne and I to start working on it? Probably.

I was living in London at the time so it’s all a blur. (Don’t I sound cool saying that?!)

What has the group accomplished so far?

A fabulous website, a handful of speaking proposals, awesome outreach and contest plans and some darn good recipes!

And not to be corny, but we’ve managed to develop a very close sense of community with each other, where each person is helping out more than the next. It’s a very special group of people–and most of us have never met!

What plans do you have on the horizon?

Well, I have a picture-story book called Best Friends Forever: A World War II Scrapbook, illustrated by Shula Klinger (Marshall Cavendish) scheduled to come out in the Spring of 2010. I am extremely excited for that and cannot say enough good things about my editor, Robin Benjamin–she’s been a dream to work with. The artwork is going to be fabulous too–I’ve been lucky enough to see some preliminary sketches.

Next, I have a few humorous picture books I’d love to sell. I’m currently revising a middle grade novel called Spirit House and hope to have a bidding war over that in the near future. Ha! And if there are any agents reading this–I’m unagented at the moment.

In what ways, if any, will your strategy differ from the Class of 2k8?

Seriously, it will be pretty much along the same lines, although we have a committed group of writers doing some incredible outreach work, which in my book, (ooo, bad pun) is really going above and beyond.

And I really do think the recipes are a fun bonus that may hook a hungry librarian or two.

Oh, gosh, I hardly feel like I can give advice–I still feel like a beginning writer myself. Truly.

I guess the most profound and, hopefully, helpful thing I can say is: It’s all input.

The books you read, the smells you sniff, the conversations you overhear, the fights you have with your husband, the rejection letters you get, the articles you write in your local (read: free) paper, the broken arm you get while walking the new puppy that everyone else promised they’d walk but they don’t and so you end up doing it and you trip over the leash….