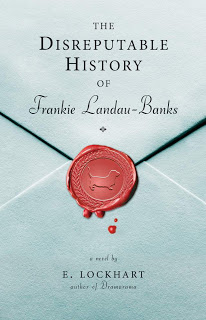 Congratulations to all of the authors and illustrators of our 2008 children’s-YA reading list, defined broadly!

And thank you to everyone who discussed and debated and cheered and championed this year’s books!

Quick caveats: (a) I haven’t read every 2008 book published, though I did read 500+; (b) to varying degrees, I know or have met some (but not most) of the creators below–if I cut everyone I knew, potential picks would be significantly reduced in number;* (c) I will continue to read and feature 2008 titles in 2009 and beyond; (d) these are highlights, not predictions, not an all-inclusive list of my favorites.

Beyond that, I made an effort to sidestep bestsellers as well as previous ALA and NBA honorees, though one or two may have sneaked in.

Yes, I love Kathi Appelt‘s The Underneath (Atheneum)(author interview) and E. Lockhart‘s The Disreputable History of Frankie Landau Banks (Hyperion), as well as Wabi Sabi by Mark Reibstein, illustrated by Ed Young (Little, Brown)(author-illustrator interview), among others! But such books already get a lot of attention, and I’m hopeful that you’ll find at least one read in the list below that’s new to you.

Our White House: Looking Out, Looking In by the National Children’s Book and Literacy Alliance (Candlewick)

The Possibilities of Sainthood by Donna Freitas (FSG)

How To Ditch Your Fairy by Justine Larbalestier (Bloomsbury)(author interview)

The Compound by S. A. Bodeen (Feiwel & Friends)(author interview)

Varian Johnson (My Life as a Rhombus (Flux))(author interview)

*That said, I exempted my former VCFA advisees as well as my editor Deborah Noyes, author of The Ghosts of Kerfol (Candlewick) and Encyclopedia of the End (Houghton Mifllin)(interview) due to the nature of our particular relationships; however, I am–as ever–wowed by them and their books. Note: I’ll add advisees to the mix on their second or third books out.

In 2008, my novel Tantalize was released on audio by Listening Library and in paperback by Candlewick and Walker U.K.