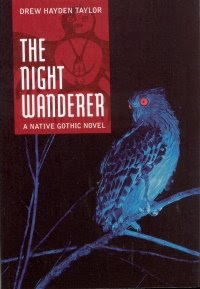 What first inspired you to write for teens? For adults?

Well, I started in theatre. In fact, my very first play was a play for young audiences called “Toronto at Dreamer’s Rock.”

The play was very popular, and it was remounted several times.

I won the Floyd S. Chalmers Award for outstanding new play for young audiences, which consisted of a plaque and a cheque for $10,000, which I almost lost in a bar that night. It’s a much longer story.

I hadn’t intended to write a teen play specifically, but the director told me it was perfect for them, and who was I to argue. I did several more plays over the years, aimed at young audiences and adult, too.

Then I was approached by the publishing company Annick Press, one of Canada’s leading publishers of YA, asking if I’d be interested in writing a book for teens.

Most of my novelist friends lament the fact that they write one or three novels and shop it around hoping to find a publisher. I kind of did it backwards. They offered me money up front, and I wrote it. I kind of prefer it that way. It’s easier

The Night Wanderer originally started out as a YA play titled, “A Contemporary Gothic Indian Vampire Story.” It had been produced once in the ’90’s but I wasn’t happy with the script. So I put it on the shelf and when I was presented with this opportunity, I blew the dust off it and reread it. Perhaps it was too big for a play. It needed the universe of a novel. So I adapted it.

Nothing in particular “inspired” me to write for teens or adults. It’s the story that suggests the audience. I just write them.

Again, things happened unusually for me. When my first play came out and was so successful, a publisher, Fifth House, called me up and asked if I’d like them to publish my play.

My first three books/plays were with them. Since then, I have had seventeen other books published by four other publishers. Different publishers prefer different genres, and I write in about half a dozen genres.

Congratulations on the success of The Night Wanderer: A Native Gothic Novel (Annick, 2007)! Could you tell us a little about the book?

Basically, because I am bi-cultural (have Native, half white), I like combining or exploring examples of each cultures.

So for this book, I took a European legend and indigenized it.

Simply put, its the story about an Ojibway man who, 350 years ago, made his way to Europe and was bitten by a vampire. He spent all those years wandering Europe, feeling homesick but unwilling to return as the monster he’d become. But finally, unable to stop himself, he makes his way back to where his village once was in Canada, and it’s now a First Nations community. He takes up residency at a bed-and-breakfast, in the basement apartment. In that same house is a sixteen-year-old girl, Tiffany, who is having problems with her white boyfriend, father, and herself. Eventually, both their lives intertwine, and things happen!

A sense of fun. And I wanted to explore two different perspectives of death: one from a teenage girl who is contemplating suicide and one from somebody who has been “dead” for several hundred years. What better way to do it!

About 15 years! As I said, it was a play originally that I wasn’t happy with. So I forgot about it until about three years ago when I was approached by Annick Press.

I wrote the first draft in about six weeks, deciding what to keep and throw out in the original play, and after two rewrites, it was published about a year later.

Research. I had to research life 350 years ago. And I hate research. That’s why most of my plays and stories are contemporary. And the research got kind of weird.

I remember talking with my travel agent on how to get a vampire from Europe to Canada.

Also, upon request from the publisher, I changed the title from “A Contemporary Gothic Indian Vampire Story” to “The Night Wanderer.” I wasn’t happy about the change, but they thought it was important.

Also, when I signed the contract for the novel, I was committed to 50,000 words, and I had never written a prose piece longer then 4,000 words. It was quite daunting.

The length between delivering the final draft and seeing the actual book.

How have you grown as a writer over the course of your career?

I have become more comfortable with prose. I started out writing television scripts and plays, both of which are dialogue oriented. Coming from an oral culture, it was easy to tell a story through how people talked.

Having never been to university, I was always nervous about prose. But as the years went by and I wrote more and more, I became more comfortable with it. Now, I have sold my second novel and am about to start on a third.

If you could go back in time and talk to your beginning-writer self, what would you tell him?

I would tell myself not to be so frightened of rewriting. It’s part of the process.

I always hated rewriting, and to a certain extent, I still do. I consider it a necessary evil.

Not a lot. Theatre and television. I travel the world lecturing on Native culture, identity, and literature. And chop wood.

My new novel [for grown-ups]. The working title is “Motorcycles and Sweetgrass.” And possibly a television series in Canada that I am developing, currently titled “Ojibwayworld.”