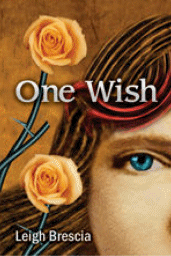 will launch its debut list of seven young adult novels in Spring 2009.

WestSide is a sister company to Everbind Inc., a distributor and pre-binder that has been selling to public schools for thirty years. Each year, Everbind ships nearly two million books into the school market, and their national sales force goes into high schools in all fifty states.

According to Publisher Evelyn Fazio, WestSide’s focus will be on novels from both established and debut authors.

The list will be available in jacketed hardcover and will be sold into the trade, school and library markets.

WestSide Books www.westside-books.com plans to publish approximately twenty titles per year by 2010, from the company based in Lodi, New Jersey.

“I’m thrilled to be publishing this exciting new list for teenage readers,” says Fazio. “I’ve fallen in love with the YA market because the books are so refreshingly direct, so immediate and so real. I know I’m very lucky to have the opportunity to create this kind of a list and to work with these wonderful writers, not to mention being able to rely on the resources and infrastructure of such a solid, established, well run and respected company.

“At WestSide, we believe there’s an opportunity to publish great books for the high school YA audience, especially teenage boys, and we hope to bring them many of the kind of books they’ll want to read. I work directly with each author, and all the manuscripts get hands-on treatment to help writers make their books the best they can be.”

WestSide will handle its own sales and distribution, according to Charles B. Davis, Vice President and Director of Marketing. Both Ms. Fazio and Mr. Davis report to WestSide Books’ President Stewart Penn. As a sister company to Everbind, WestSide Books already has infrastructure and warehouse facilities in place. The marketing and sales synergies between Everbind and WestSide give the new publisher a unique opportunity to reach target markets from day one.

WestSide novels will feature typical kids grappling with the real issues and problems that teenagers face in contemporary society, such as drug and alcohol abuse, mental illness, bullying, peer pressure, family problems such as divorce, and other typical teen issues.

Teenage readers will recognize themselves in these fresh stories of diverse young people who must navigate new friendships, learn about trust, or test the limits of family bonds.

The books will feature cover art by, among others, Michael Morgenstern, who created the cover art for Laurie Halse Anderson‘s Speak, and by Rick Leider, the cover artist for such YA bestsellers as A Single Shard, Linda Sue Park‘s Newbery Award-winning novel. 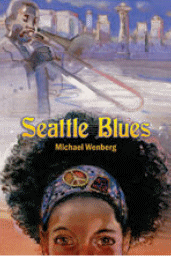 All seven authors on the debut list are first-time novelists with strong, original voices. They include a television writer and producer who has written for “Full House” and “Saved by the Bell,” and created the NBC Saturday morning series “Hang Time;” a classical trombonist who is CEO of a symphony orchestra, a former high school English and theatre teacher; a registered counselor; and several recent graduates of M.F.A. in Writing programs.

Evelyn Fazio has 28 years of publishing experience and has worked at Simon & Schuster/Prentice-Hall, Random House, Marshall Cavendish, and M.E. Sharpe. A former Vice President of E-Content Acquisitions for Baker & Taylor, she has also been a full-time literary agent and has co-authored seven nonfiction books. Ms. Fazio became publisher of WestSide Books in 2006, and is also publisher of the Everbind Anthology series.

Charles B. Davis worked at Van Nostrand Reinhold Company and was Marketing Director of the University of Pennsylvania Press before moving to Simon and Schuster in 1972. He spent ten years there, most of that time as Vice President, Marketing Services. In the early 1980s, he founded Practical Book Marketing Services, and later co-founded The Mesa Group, a boutique ad agency specializing in book publishing. After he sold off his interests in these companies in the 1990s, Mr. Davis joined Everbind Books, where he helped produce the Everbind Anthology series and has been instrumental in the early planning and start-up of WestSide Books.

Stewart Penn, co-founder and owner of Everbind Books and now WestSide Books, was a New York City high school English teacher prior to his involvement with Everbind. After running Everbind for many years, he decided to produce Everbind Anthologies, a publishing program for high schools that is widely used throughout the country. The success of Everbind Anthologies led Mr. Penn to seek a broader challenge, out of which grew the YA publishing company WestSide Books.