Judye Groner on Judye Groner: “I was born in Cleveland, Ohio, in 1942, earned a B.A. in Jewish Studies at Brandeis University and an M.S.W. in Community Organization from the University of Maryland. My early career was in the field of Jewish communal relations.

“In 1974, I wrote My Very Own Haggadah: A Children’s Passover Service, for my then 3-year old son. My friend Madeline Wikler added illustrations, we submitted it to publishers, and after several rejections, we self-published it a year later. Kar-Ben Copies (named for two of our children, Karen and Benjy) was born.

“Two years later, we wrote and published a Purim Book, then one for Hanukkah. Soon writers began approaching us with their manuscripts and we became a ‘legitimate’ publisher. A computer, a warehouse, and employees soon followed.

“When we sold the company to Lerner Publishing Group in 2001, we had published over 150 books on Jewish subjects for children and families, the creative effort of 80 authors and illustrators. Madeline and I were the recipients of the Women’s National Book Association ‘Bookie Award’ and the Association of Jewish Libraries Sydney Taylor Body of Work Award. We continue to serve as editorial directors for the Kar-Ben division at Lerner.”

What challenges and opportunities did you encounter at the company?

For 25 years, we learned by doing. We never took a business course, we never had a business plan. Our skills and our personalities are very complementary, and we were both willing to work hard.

How would you describe your list? What sorts of books do you publish?

We have a varied list of book about the Sabbath and Jewish holidays, as well as story books that amuse and entertain in the context of Jewish family life. We have some activity books and craft books, but we do not publish text books or games. Our target market is generally preschoolers and early elementary, though we have done a few books for pre-teens and teens.

What is the house’s philosophy?

While many of our books are of interest to non-Jewish audiences, our focus has always been the Jewish family. We publish books on lesser-known holidays and books that make the assumption that the family buying our books has a basic background in Jewish tradition.

If you had to highlight three recent titles that would give us a feel for the list, which would you choose and why? 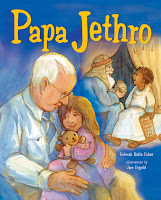 Papa Jethro by Deborah Bodin Cohen–a story about a Jewish child with a non-Jewish grandfather. When she asks him why they are different, he draws on the Biblical story of Moses, whose own son had a non-Jewish grandfather. Intermarriage is a fact of life in the Jewish community, and this book acknowledges that family members of different religions can love and learn from one another. 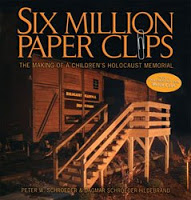 Six Million Paper Clips by Peter and Dagmar Schroeder–a book about the Holocaust Project at Whitwell Middle School in Tennessee. We are always on the lookout for Holocaust books that go beyond a retelling of the Nazi terror. This book shows how the Holocaust can teach tolerance in today’s world.

Let My People Go by Tilda Balsley. This readers’ theater recitation of the Ten Plagues is an example of books we publish that seek not only to teach, but to entertain.

Which additional titles would you recommend to writers for study and why? 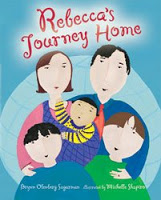 Rebecca’s Journey Home by Brynn Sugarman is the story of a Jewish family that adopts a Vietnamese child, reflecting the diversity of today’s Jewish community.

Abraham’s Search for God by Jacqueline Jules is the first in a new series to bring Bible stories to young children.

The Secret of Priests’ Grotto by Christos Nicola and Peter Lane Taylor. This book about the Holocaust is also a story of two spelunkers determined to solve the mystery of the artifacts they found deep in Ukrainian caves.

We are very selective in our acquisitions, our books are carefully researched and edited, and they are also well-designed and illustrated. We are also willing to consider books on Jewish themes that larger, secular houses would find too obscure.

What do you see as your jobs in the publishing process?

What are your challenges?

To find books that reflect the Jewish family of the 21st century and to uncover new stories that teach Jewish life and values.

How has publishing changed–for better and worse–since you entered the field?

We no longer have to do four-color overlays, which is the good news.

The dominance of the chains is the bad news. It is very difficult to market niche books to the chains.

How has the body of youth literature with Jewish characters and/or themes grown over time?

When we began publishing there were virtually no Jewish children’s books, except for Sunday School textbooks, the All-of-A-Kind Family, and K’tonton series. There are now many wonderful books for all ages.

In what areas do you think still exist a particular need and why?

I feel like I’m repeating myself, but the Jewish community is no longer monolithic and we need to acknowledge the diversity–intermarriage with and without conversion, adoption, single-parent families, gay families.

Any submission recommendations or pet peeves?

We expect an author to do a search of the literature to make sure they are not submitting the “same old, same old” story. We also expect the books to have accurate information and correctly-spelled words!

Do most of your books begin as submissions from writers, writer-illustrators, or agents? Why?

We do very little business with agents. Most of their submissions have not been to our liking.

Looking back on your career to date, which of the books you’ve worked on stand out most in your memory and why? 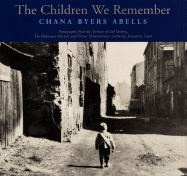 I am still very attached to My Very Own Haggadah, the first book I wrote. It is still in print, though it’s been re-illustrated twice. We’ve sold over 2 million copies and it still continues to be a favorite for families with preschoolers. I’m looking forward to using it with my new grandson!

The Children We Remember by Chana Byers Abells was our first Holocaust title. We sat with the author and agonized over every word and photo. It’s still one of the most powerful books on the Holocaust for children. When we were approached by Greenwillow to sell the rights, we were thrilled at the opportunity to give this book a wider audience.

Shalom, Haver by Barbara Sofer is a biography of Israeli Prime Minister Yitzhak Rabin, a very personal labor of love for Barbara and for me.

Six Million Paper Clips by Peter and Dagmar Schroeder. Working with these dedicated German journalists was an honor, and our lives were enriched greatly by our trip to Whitwell to launch the book.

The Bat-Chen Diaries [by Bat-Chen Shahak], just released, is an anthology of diaries, letters, and poetry written by a young teen who was killed in a terrorist attack in Tel Aviv in 1966. I was thrilled to be asked to publish the first English language edition of the work, and the many hours I spent reviewing the translation and editing the material brought me close to Bat-Chen and the Shahak family. I think that Bat-Chen’s love of writing, and her desire for peace, expressed to eloquently in her poetry, will inspire young readers.

What do you do outside the world of books for young readers?