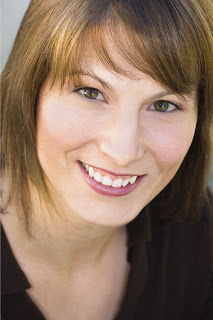 Yolanda LeRoy is editorial director at Charlesbridge, an independent Boston-area publisher. She has edited more than 100 books and has worked with Martha Alexander, Eve Bunting, Kathryn Lasky, David McPhail, Linda Sue Park (author interview), and Jane Yolen (author interview), among others. She was interviewed by Anita Loughrey in March 2008, as she is to participate on a panel at the Bologna conference. Anita Loughrey interviewed her in March 2008, as one of the speakers at the SCBWI Bologna Conference 2008 (scheduled for March 29 and March 30 in Bologna, Italy).

Well, the truth of the matter is that I wasn’t planning on this career at all. I was supposed to have an illustrious and exciting career as a Russian affairs analyst at the CIA. When my application was denied after a year of interviews, tests, medical exams, polygraphs, etc., I went for plan B., which was to stay in Boston and find a job in publishing. Adult publishing, because, after all, what did children’s book editors really do anyway? Add a few periods here and there, and call it a day. Hardly challenging.

I couldn’t have been more wrong, of course. And I couldn’t have found a profession more right for me. I interviewed at Charlesbridge for the position of publisher’s assistant, getting the job largely because the boss’s daughter had also gone to my university and majored in Russian studies. The rest is history.

A good editor possesses an analytical mind, fierce resolve, a creative streak, an intuitive sense of the marketplace, business acumen, and strong communication skills–able to negotiate office politics, manage and develop staff, and inspire and challenge authors and illustrators.

When you’re reading a manuscript for the first time, how long does it take you (approximately how many pages, chapters?) to figure out whether it’s something you want to pursue?

Ah, writers aren’t going to like this answer. For picture books, I can tell by the end of the first manuscript page. For novels, I’d say by five.

Obviously typos and grammatical/mechanical errors. Too much exposition. A bland premise. Lack of tension. Stiff dialogue.

Here’s my dirty editorial secret: I don’t read the cover letter until after I read the manuscript, and then only if I like the story. But when I do read a cover letter, I like to know any relevant publishing experience and perhaps a bit about how or why the manuscript was written. It’s also fine, and probably advisable, to keep cover letters brief.

For me, the biggest reality is that publishing is a very inexact science. You can think you know what will sell, but ultimately you have to throw the books against the proverbial wall and hope something sticks.

I love so much about it: the blend of the creative and the analytical, the opportunity to work with such amazingly gifted individuals, the fact that I can feel good about what I do. Publishing matters. Books matter.

I don’t know if it’s so much the characters who changed my life as the overall stories. There were a few books that hit me on such a visceral level that I felt as if something inside me had cracked wide open: Madeleine L’Engle‘s A Wrinkle in Time, Katherine Paterson‘s Bridge to Terabithia, and William H. Armstrong‘s Sounder all had that effect. 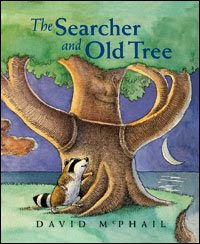 As any mother would say, I love all my children equally!

But of course it’s true that some projects tend to pull on my attention more than others. Currently I’m quite enamored with one of our spring 2008 books: The Searcher and Old Tree by David McPhail. It’s an allegorical tale about parental love and the safety of home, as seen in the relationship between a raccoon and a tree during a storm.

I think I love it so much for two main reasons. One, it was a dream come true to work with David, whose books I have admired for many years. Two, the book is deceptively simple and therefore exemplifies what I love so much about the process of making picture books, i.e. an incredible amount of planning, structure, intellectual energy, and symbolism goes into every decision along the way; yet in the final product, all that work is invisible and subliminal.

Anita Loughrey writes teacher resources and children’s non-fiction. Her books have been published by A&C Black, Hopscotch and Brilliant Publications. She also writes regular features for Writers’ Forum in the U.K. about authors and the writing industry. She recently interviewed all 32 speakers for 2008’s Bologna Conference.