Marc Aronson will appear on Book TV at 9 p.m. EST March 25, offer a talk on his latest book, Race: A History Beyond Black and White (Ginee Seo, 2008)(more on this title), to young readers at the Brooklyn Library. Read a Cynsations interview with Marc.

Author Laurie Halse Anderson is giving away ARCs of her upcoming book, Chains (Simon & Schuster, 2008) to the next ten people who donate at least $20 to her husband Scot’s run in Lake Placid Half Marathon on June 15–honoring Laurie’s cousin, Darcy Skinner, who is fighting non-Hodgkin’s lymphoma. Learn more!

Rules for Not Making Editors Hate You from Editorial Ass. Here’s a sneak peek: “Don’t call on the phone. Ever.” 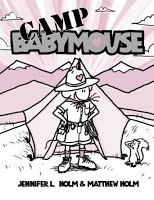 Borders explores sale, suspends dividend by Yinka Adegoke and Karen Jacobs from Yahoonews. Here’s a sneak peek: “While some analysts raised the possibility of a deal with Barnes & Noble, the company said on Thursday it had not been approached by Borders’ investment bankers, but would review a possible acquisition if it were contacted.” Source: Pub Rants. Note: yikes.

“The Writing Life: Lois Lowry: In which a chronic liar grows up to be a celebrated children’s author” by Lois Lowry from The Washington Post.

Author Jo Knowles posts about the celebration in honor of the New York Public Library’s Books for the Teen Age 2008. Read a Cynsations interview with Jo. Note: Tantalize (Candlewick, 2007) was one of the honored titles; I wish I could’ve made the event! It looks amazing!

Beyond The Big Idea by Chris Barton from Bartography. Here’s a sneak peek: “In a series of posts, I’m going to use examples of this book’s content in a tutorial geared toward my own children–and maybe just right for some that you know–about how to track down more information on a subject covered in a nonfiction book.” Don’t miss part two, part three, part four, and part five. Note: Chris is the author of several forthcoming picture books, including The Day-Glo Brothers (Charlesbridge), which is “the true story of how young Bob and Joe Switzer invented those eye-popping oranges, yellows, pinks, and greens.” 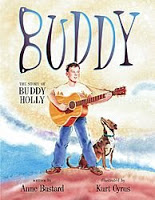 Attention authors, illustrators, and fans of picture book biographies! Author Anne Bustard‘s blog, Anneographies, highlights picture book biographies by the subject’s birthdays. Contact Anne for submissions queries. Read a Cynsations interview with Anne about Anneographies. Here’s a sneak peek: “Biographies and I have a special relationship. I chose my college major and, therefore, university based on my favorite biography from elementary school. I wanted to be like Anne Sullivan, Helen Keller’s teacher. I ended up switching my major to another field in education, but it was a biography that led my way.”

The SCBWI Bologna 2008 series is ongoing here at Cynsations! Check back tomorrow for more interviews with authors, illustrators, editors, art directors, agents, and more from the U.S. and around the world.

Don’t miss today’s interview with publishing director Laura Harris of Penguin Australia. Here’s a sneak peek: “It is a business, but I think everyone in it is striving for excellence and wants the best for their books and authors. It takes the same effort to make an average book as it does to make a great book, but no one sets out to be average.”