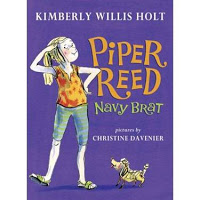 You last spoke to Cynsations in August 2005 before the release of your debut picture book, Waiting for Gregory, illustrated by Gabi Swiatkowska (Henry Holt, 2006). Could you update us on this title?

Waiting for Gregory has been an interesting journey after the writing. I’ve learned how not to do story time with young children. Quite frankly, my first attempts were a disaster!

It is not a short text, so how much I read aloud depends on the age of my audience.

I also discovered that the humor of the book seems to appeal to first-fourth graders. And it helps if I do some interaction with them as I read.

How was is different, being a picture book versus novel author?

The main thing I learned was that even though I wouldn’t be illustrating the book, I had to make room for pictures when I wrote. As someone that considers herself more auditory, this was a challenge at first. In a way, it’s helped my novel writing, because novelists have to do that, too.

Once I took a fiction writing workshop and heard a writer say, “Readers tend to hear what they read or see what they read, but writers have to learn to write for both.” In many ways, I owe that man my career because my writing improved greatly after that. I think that’s great advice for picture book writers, as well as novelists.

What additional new publications have you had since?

Part of Me, Stories of a Louisiana Family (Henry Holt) came out in Fall 2006, followed by another picture book, Skinny Brown Dog (Henry Holt, 2007).

Congratulations on the release of Piper Reed Navy Brat, illustrated by Christine Davenier (Henry Holt, 2007!). What was your initial inspiration for writing this book?

The most obvious is that I’m a Navy brat. Like Piper’s dad, my dad was a Navy chief. And also like her, I’m one of three girls. However I’m the oldest daughter. I was a pretty serious kid, and I wasn’t sure if that would be a fun point of view for young readers. My middle sister was the clown in the family. She was clever and funny. She certainly inspired Piper, although as I wrote the character became different.

I tease my editor that while she gave birth to Elena, I gave birth to Piper. In 2005, a voice came to me. It said, “I’ve lived everywhere.”

My editor was on maternity leave, and I was waiting for an editorial letter. I decided I might as well follow that voice while I was waiting. In the spring, I flew to Pensacola, Florida, to research. I was born on the base, but we moved away when I was two.

Military kids don’t have the same connections as other kids that grew up in one place. We rarely spend more than two years in the same location. So, while other people have lifetime relationships with people they went to school with since kindergarten, for us, it’s the Blue Angels. Everywhere in the world that we lived, the Blue Angels seem to visit and perform.

I used that connection with Piper. As soon as she sees them practice, she wants to be a Blue Angel.

Besides researching on the base, I visited a school and interviewed current Navy Brats. Times had changed. Some of them had a mom serving on a ship. That change can be found in the story.

In many ways, it was my life. My dad was away from us several times for long durations for my childhood. I can relate to what Piper and her sisters are going through as they dread their dad leaving. My sisters and I went through that when our dad would go before us because there was no base housing available or when he had special assignments. But I had to find out what kids today go through. That’s why I went to Pensacola.

On a literary level, I just tried to stay true to the voice of the book and characters. It wasn’t difficult for me to stay with a simpler plot because I knew there would be more books to follow. Piper Reed Navy Brat is the first in a series. I have a chance to tell more in later stories.

Depictions of military families are rare in children’s literature. What reactions have you had from that community of readers?

It’s still so early, but at Book Expo many booksellers came up to tell me their stories. Some had been military children. Some had been military spouses. So they could relate. One bookseller told me how they had always moved every year. Then they had an extended assignment and got to stay an extra year. Her young son was confused when he didn’t have to change schools the next year. He was so used to moving. I love that! I told her I’d might use that one day.

I would tell myself that no matter what would come my way–published books, awards, movies, that nothing beats writing a great sentence. Back then, I was like most unpublished writers. I thought the great joy would come from publication, but it is the process that keeps me returning to my yellow pads. If that ever leaves, I’m putting down my pen. Hopefully, it will never come to that.

How have you seen your writing abilities grow over time?

Writing is still as challenging to me as it was in the beginning. The one thing that has greatly improved is my ability to recognize what is wrong with my manuscript.

There was a day I didn’t know how to rewrite, mainly because I couldn’t tell what was wrong with my story.

I usually have to step away from the work, but when I return to it, I bring some knowledge with me. That doesn’t mean I discount other advice. I have a few trusted souls I depend on. At the top of that list is my editor.

In what areas do you still hope to improve?

I wish I were funnier.

Besides planning my next meal, (I’m always hungry.) I love reading, watching movies, daydreaming about my future dream home in the canyon.

My husband and I also bought bikes this fall, but, unfortunately, we only rode a few times before my travel schedule began. But I’m itchy to start peddling.

It’s only been the last two years that I’ve gotten a grasp on it. Now that my daughter is in college, I schedule my school visits in consecutive weeks. Sometimes that means I don’t go home for two weeks or more. But when I’m finished, I’m home for long stretches to write.

If I’m gone for longer than that, my husband meets me on the road for a weekend. I’ve also learned to limit my events.

Piper Reed The Great Gypsy comes out in August 2008. There will be at least three total. I turned in a historical novel for older readers, but I’m just now beginning the rewrite for my editor. So, that could be 2009 or 2010 before it’s out.

All in all, I love writing for every age. I think that comes at a cost, though. If I really wanted to make a name for myself, I would probably stick to writing for one age group.

Someone recently said to me, “You just want to do it all, don’t you?”

Yep, I guess that’s true. I love knowing that my readers can grow up with me.