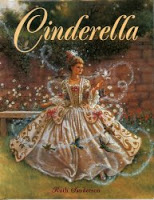 Writing Picture Books from Marisa Montes. Note: I’ve featured this link before and will again; offers an excellent overview and insights. Read a Cynsations interview with Marisa on Los Gatos Black on Halloween.

Artist to Artist (nonfiction) and Kidlitosphere Conference Recap from Planet Esme. Note: I’m so disappointed that I couldn’t make the conference. I hope everyone had a brilliant time! 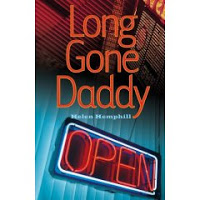 Congratulations to Writers’ League of Texas Teddy Award winners: Grandpa for Sale by Dotti Enderle and Vicki Sansum, illustrated by T. Kyle Gentry (Flashlight, 2006) in the short-works division and Long Gone Daddy by Helen Hemphill (Front Street, 2006)(author interview) in the long-works division. In the short-works category, the finalists were: Blue the Bird on Flying by Becky Due (Due Publications, 2006) and The Man Who Named the Clouds by Julie Hannah and Joan Holub, illustrated by Paige Billin-Frye (Albert Whitman, 2006). And in the long-works category: Journey to the Alamo by Melodie Cuate (Texas Tech, 2006) and Alpha Dog by Jennifer Ziegler (Delacorte, 2006)(author interview). The awards ceremony will be held during the Texas Book Festival, Nov. at 3 p.m. in Capitol Extension Room E2.030. Read Cynsations interviews with Dotti, Helen, and Jennifer. 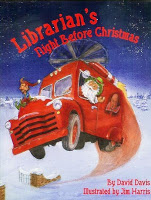 “The Lacapa Spirit Prize–a literary prize for children’s books about the peoples, cultures, and landscape of the southwest–is accepting submissions for the 2008 prize.” Source: American Indians in Children’s Literature.

National Geographic is sponsoring a Planet Contest in conjunction with David Aguilar‘s books. The contest encourages kids to create a mnemonic or slogan to help remember the order of the (now 11) planets: Mercury, Venus, Earth, Mars, Ceres, Jupiter, Saturn, Uranus, Neptune, Pluto, Eris; and the winning entry will be included in David’s spring 2008 book, 11 Planets: A New View of the Solar System.

Jo Knowles on Lessons from a Dead Girl at the YA Authors Cafe. Read the interview and ask Jo questions.

Hot Off the Press: A Sneak Peek at Publishers’ Newest and Hottest Titles from CBC Magazine.

Sound Off!: The Possibilities of Podcasting (PDF) by Anne-Marie Gordon from Book Links.

November is celebrated as Native American Heritage Month. While I recommend integrating Native studies throughout the calendar and curriculum (likewise, African Americans can be featured at times other than February), I recognize that many teachers and librarians are seeking related resources right now. Please note that I offer a section of my official site on Native youth literature. See my titles: Jingle Dancer, illustrated by Cornelius Van Wright and Ying-Hwa Hu (Morrow/HarperCollins, 2000), Rain Is Not My Indian Name (HarperCollins, 2001)(Listening Library, 2001), and Indian Shoes (HarperCollins, 2002) as well as educator guides/lesson plans. Don’t miss the free readers’ theater from Indian Shoes! See also Teaching Respect for Native Peoples (reproduced with permission from Oyate) and American Indians in Children’s Literature.

Here’s a sneak peek at my blurb for My Life as a Rhombus by Varian Johnson (Flux, 2007)(excerpt). Note: I must admit the post made me misty–thanks, Varian! (And Don, too, for the lovely comment).

Attention MySpacers! On the online events front, I’m honored to be featured tonight Oct. 29 as one of 31 Flavorite Authors by the Readergirlz! I’ll be chatting about Tantalize (Candlewick, 2007).

Thank you to Mathews School in Austin and BookPeople for your hospitality and enthusiasm at my school visit last Thursday! After my presentation, inspired by the fictional vampire restaurant in Tantalize (Candlewick, 2007), students broke into groups to devise menus for fictional restaurants catering to the following audiences: werewolves, werecats, werearmadillos, wereoppossums, and were-turkey-vultures (the types of shape-shifters featured in the novel). The results were inspired (and a little creepy!). 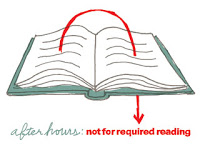 Attending the Texas Book Festival Nov. 3 and Nov. 4 in Austin? I will be among the YA authors featured at the Not-For-Required Reading Event from 7:30 p.m. to 9 p.m. Nov. 3 at the Alamo Drafthouse South Lamar (1120 S. Lamar). Authors also will include: Sherman Alexie, Jacques Couvillon, Adrienne Kress, April Lurie (author interview), Perry Moore, Neal Shusterman, and Brian Yansky (author interview). Note: I’ll be a little late as I’m driving in from Huntsville that evening with Greg and Mo. I’ll also participate with authors Adrienne Kress and April Lurie on the “Tough Girls” panel, moderated by author Julie Lake, from 1:30 p.m. to 2:30 p.m. Nov. 4 in Capitol Extension Room E2.012. See schedules for Saturday and Sunday.