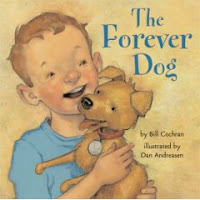 Bill Cochran on Bill Cochran: “I grew up in Palo Alto, California where I was a pretty lousy student in virtually every subject–in fact, I recall getting a 38 out of 124 on a chemistry test once and never getting good grades on any papers I wrote. I was strangely good at math, so I figured maybe I’d be a math teacher some day. I never really believed I could make a living being ‘creative.’

“But as the years went by I figured I had to at least try. After being asked out of the economics department, I backed into a theater major in college (with an emphasis on writing). After college and an appearance on the game show ‘Press Your Luck,’ I wound up working for talk shows and game shows in Hollywood–I helped run the voting machine on ‘Love Connection’ for one season, plus had an awkwardly close working relationship with Charles Nelson Reilley.

“I know, this all sounds so glamorous, but I wanted something even more creative, so I went back to school to study advertising copywriting. I am now a Creative Director at a large advertising agency in Dallas. I’ve been at the same agency now for 14 years and really love the job. It lets me be very silly and still get paid. I’ve done work for lots of different clients and gotten to work with everyone from Michael Jordan to Roger Clemens to Tim Duncan to a $35,000 robotic talking ham sandwich. Oh, and I had Easter Supper once with Michelle Pfeiffer but that’s another story.

“Oh, I also still hold my high school record in the high jump. That doesn’t have much to do with writing, but I’m proud of it.

“As far as being a children’s writer. This is my first book–I did have a story I wrote, ‘Dusk on the Klamath River,’ which appeared in my sixth grade year book.

“Oh, I also channel my creativity performing with Dallas’s oldest and most popular Improv comedy troupe.”

The only sprint along the way was writing the manuscript itself. That probably only took a day or two. Everything else: s-l-o-w. I wrote the manuscript 12 years ago, and it took about seven years from the time I wrote it until I had my contract with HarperCollins. It was really just a story I wrote–I didn’t know if it was children’s book material, magazine article material, or merely something for my mom to read.

Sure there were stumbles, but now that it’s out in stores, I just don’t really remember what they were.

Congratulations on the release of The Forever Dog, illustrated by Dan Andreasen (HarperCollins, 2007). Could you fill us in on the story?

It’s about a young boy, Mike and his dog/best friend, Corky. Warning: Don’t get too attached to Corky–he dies before the mid-fold. It’s a story about how Mike learns to work through his sadness and embrace Corky’s memory. Total tear jerker.

My golden retriever, Mo, died when I was 26. Mo was only two years old. And I was devastated. I mean–devastated. We had lots of pets growing up: dogs, cats, guinea pigs and even a green parrot named Broccoli, and losing them was always very painful, but nothing compared to losing my first pet. Mo was “My Dog,” the first one that I had raised from a puppy. Did I mention I was devastated?

About a week had passed after Mo died, through all my sorrow, I remember so clearly just having a moment where I simply remembered the good things about her. The love she brought to my world. The stupid things she did that made me laugh. And I knew that nothing could ever take that away from me.

I wrote the story a few weeks after Mo died. Then I just kind of sat on the story. One day I showed it to my mom and she burst out crying. Over the next few years I showed it to a few other people, slowly people encouraged me to “try to get it published.”

I didn’t know what that entailed, so I did the whole “trying to get published thing”–I went to the book store, bought a book entitled How to Sell Your Children’s Book, sent out manuscripts to 15–20 different publishers big and small, and I waited. It wasn’t long before I started to get my rejection “notices.” I’ve always thought that it’s funny that many of them aren’t even full letters. They’re quarter page things that are easier to fit in your SASE. Hilarious.

I had really hoped someone would’ve just told me it’s good or not good enough, but with those form letters I really just felt like no one was even reading it.

Anyway, after all those rejections I sort of sat on it again for a year or two. Then one day I was shooting a TV commercial (for my real, paying job) and I overheard the wardrobe assistant talking to a prop assistant about children’s publishing. I asked if they “knew” someone in publishing. Turns out she did. Her sister had a friend who was an editor.

After a few e-mails I sent my manuscript to this editor–and badda boom, badda bing–after nine months I learned she had lost my manuscript! Ha! So I sent it again. Then nine months later, she e-mailed me saying she’d read it and thought it could sell.

I had to re-read that e-mail several times to understand what it really said.

Three weeks later I had a two-book contact. Insane.

Of course, then things slowed down considerably. That was five years ago.

Over the next few years there was some trouble procuring the right illustrator, but finally Dan came on board and everything couldn’t look better. Plus, my release date got bumped a few times, but heck, it’s out now, so life couldn’t be better. What’s 12 years in the grand scheme of things?

The hardest part was actually killing off my main character–the dog Corky–in the book. It was really painful writing that portion of the story. But I’ll never forget writing the final words of the book and having a huge feeling of “Wow, this really came together nicely. I kind of gave myself goosebumps. And that doesn’t happen when I write that often.”

The title of the manuscript was The Forever Plan and almost immediately my editor told me, “Well, we’re gonna have to change that title.” That took me by surprise a little, the title meant a lot to me–it was sort of the whole original concept of the story and I hated to lose it. But now, lots of people come and tell me–“I love the title,” so I generally take full credit.

What did Dan Andreasen’s illustrations bring to your text?

It was funny. I was really nervous about seeing what he would do. I had lived with the manuscript for so long “un-illustrated” that I didn’t know how I would react. However, I was almost brought to tears when I saw them. I wrote Corky to be an “everydog,” a mutt that anyone could associate with, but the crazy thing is, Corky looks a lot like Mo did when she was a puppy–right down to the red dog collar. And Dan and I have never spoken–nor did he ever see picture of Mo.

There’s also this one illustration at the back of the book, it’s just a picture of a dog collar and a ball. Ooph. That one got me the first time I saw it.

First thing I would tell myself is: “You can do it.” I think more than anything that’s what I would want to hear. I know all creative people go through self-doubt, but I struggled so much in school I had huge confidence issues. I would also tell my “back-then” self to ask girls questions like “What do you want to do?” and not just nervously talk about myself all the time. Okay, that doesn’t have anything to do with writing, but it would’ve helped me with the girls.

I love hanging out and acting silly with friends–I throw very bizarre parties sometimes. I’ve had parties with a spelling bee, a paper airplane contest, and rock-scissors-paper tournaments. I also love working out as much as possible so that I can eat as much as possible.

That being said, I can seriously be a total couch potato and I’m not ashamed to say it. I watch tons of sports, but I can also get sucked into a day of VH1 without even realizing it. I’m also a huge fan of track and field, though I’m long retired from that. Oh, and I’m addicted to this backgammon game on my computer.

I’m trying to make it just a part of my life. It’s incredibly rewarding to see people reading your book. It’s incredible to look out during a reading and see four of five people with tears in their eyes as I read my story. It’s incredible to get e-mails from people I don’t know telling me how much my book helped them. I’m still so new to the whole thing that I just take it one day, one event, one challenge at a time. It’s too easy to look back and thing of all the mistakes I’ve made. I do love blogging though. I’m pretty sure it’s just friends and family who visit it regularly, but I have a great time doing it, and if nothing else it’s really interesting to go back and see what I felt like before my book came out and really relive the whole experience.

I’m really excited to say I’ve sold a second manuscript. It’s a story about a boy whose parents get divorced. Yes, another semi-autobiographical tear jerker. It’s just one of those things, I sent HaperCollins a fair amount of manuscripts which were all light hearted and fun.

Ultimately they said, we really like how you handled grief. Can you do it again? Okay, well, I was devastated when my parents got divorced–so the story kind of became “what I would really want to hear when I was seven.” It took a whole lot of false starts and bad finishes to get through the sugary-sweet saccharine manuscripts I didn’t want to write out of my system. But in the end, I’m really proud of the story, because actually, it’s pretty funny. It’s with the illustrator now.

Currently I’m working on writing a longer manuscript–I don’t know where it would fit in–mid grade, chapter book? I don’t know, but I’m really just trying to be authentic and write from the heart. And you know what? If it sells, great. If not, that’s okay. I’m really proud of this book because it’s totally “me.”

Oh, and if you’re ever in Dallas come see my show at Ad Libs!