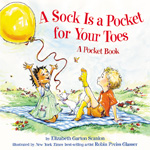 Elizabeth Garton Scanlon on Elizabeth Garton Scanlon: “I grew up in Vail, Colorado, before it was Vail, Colorado. Our ski passes were $57 a year and we lived in ‘the country’ outside of town. Television didn’t reach that far and stories were everything. My sister and I created serial imaginings that we’d go back to, day after day. Since then I’ve lived in Wisconsin, Ohio, the U.K., Wisconsin, Colorado and Texas–with my fair share of wanderings in between.

“Now I’ve been in Austin for 14 years–longer than I’ve ever been anywhere. I met my husband here and had my babies here and found my cats and dog here. I worked doing corporate copywriting when my husband was in graduate school and then gave myself a well-deserved pay cut to teach at Austin Community College. I’ve concocted a happy hybrid life, teaching, writing, mothering. Stories are still everything. Both the real ones and the made up.”

Visit Liz In Ink, her LJ!

For ages I didn’t know that it was the writing life I was settling into. I wrote letters and poems and political rants. I read like a fiend. I slept with my thesaurus. But I didn’t know what any of that had to do with my big-picture life. I went from degree to degree and from job to job with a scary sense of disconnect.

It’s really only been in the last five years that I’ve recognized the intuitive flow I followed from journalism to teaching poetry, from Michener fellowship to writing for IBM, from blogging to books.

The writing life can be fantastically nebulous, so much so that I didn’t know I was in it ’til I was in it. Now, I’d say that it’s been a calling more than a choice, and maybe what I love the most are the shifting borders, the flexibility, the dynamic space it makes for a changeling like me.

I wrote for children once I had children. I remember sitting in the rocker (and driving to the store and pushing the stroller) singing little ditties, silly rhymes with my daughters’ names and the cats’ names and the hot sun and the dogs leash, whoops, wrapped around my knees. And I thought, ahem, here’s another diversion. Now that they’re older (my girls), I’m writing for older kids. My books, growing with their books. I love that.

Oh, gosh. My first sale was so deceptively easy. I wrote in the stupor of early motherhood, mailed my manuscript out pell-mell and more than one house responded! It was the simultaneous submission nightmare–or dream–or something. I wanted to feel all a’flutter but instead I was sick with worry and indecision. Steven Malk, an agent with WritersHouse, rescued me and before that week was over, I had things all sealed up with HarperCollins. I was giddy. So, that was a sprint. Then began the long slog ’til it came out.

And since that first sale, a few stumbles. I’ve got four picture book manuscripts out there in the world, none of which have been snapped up with that early vigor. Once, I left a piece with a very interested editor for almost two years, exclusively. I revised for her and crossed my fingers and waited and hoped and it never materialized. I really learned about being a firmer, more careful advocate for my own work. In that way, stumbles are worth it, but oh-so-heartbreaking when you’re in the midst.

Your debut title was A Sock is a Pocket for Your Toes: A Pocket Book, illustrated by Robin Preiss Glasser (HarperCollins, 2004)! What was your initial inspiration for writing this book?

I was dressing my daughter–singing to her as she kicked on the changing table–and I heard myself say, “A sock is a pocket for your toes.” And then I thought, it is! It’s a pocket! The concept became an obsession for me; the world is teeming with metaphoric pockets. One of my sweetest delights is to hear the ideas school kids have for pockets of their own–a hat is a pocket for a rabbit, a head is a pocket full of brains, a napkin is a pocket for your green beans–things I’d never have come up with on my own. I really like taking something simple simple simple and exploding it wide open.

I began writing that piece in, I think, early 1999. It hit the shelves in March 2004. (See reference to sprint and slog, above.) The early stages were auspicious; the latter, full of pregnant pauses. (Literally, in one case. My first editor at Harper went away on maternity leave and never came back. The next switched houses, so by the end, I was on my third.) Still, each milestone thrilled me: receiving final sign-off on my edits; seeing the first pen-and-ink sketches; opening that year’s catalogs and seeing my book on page 24! Accepting offers from the Junior Library Guild and Children’s Book of the Month club; launching my Web site, and finally, receiving glossy F&Gs in the mail. Not long after, there was that satisfying thump–a box of books on my front stoop. It was worth the wait. Especially since it dawned on me that bringing the living, breathing book to children is the real beginning, the hatch, the birthday. I’m still celebrating that.

My first editor, Kara Vicinelli, asked me to even out the rhyme and rhythm of the piece. I’d written something akin to jazz, I thought, and she wanted it to scan. The argument was that children learn how to make sense of poetry by starting with more simple structure (in the same way that they learn to make sense of sentences) and then, later, they can climb up onto that building block with a more sophisticated eye and ear. I trusted this explanation, but oi, that was tough. Once verse (especially rhyming verse) is “complete,” it’s like blood-letting to go back in and pick it apart. My husband actually had to board a plane with our daughter and leave me to flog it out in private. But in the end, the piece became more lyrical and my daughter got to toddle around the Seattle Zoo, so no regrets.

After the edits were done, Kara left me in the hands of Ellen Stein (who gets credit for finding Robin) and later still, my book and I were adopted by Anne Hoppe, who saw it through. This editorial round-table may not have been the most efficient arrangement, but I think it made for a serendipitously collaborative effort, and a different, lesser book would’ve been born without all their insights.

The final, um, challenge, was that soon after Robin committed to doing my book, 9/11 happened. The myriad ripple effects of that horrific day, logistical and psychological, are impossible to fathom or trace. But I do know that a certain vice president’s wife had written a patriotic primer that suddenly seemed especially apt. Robin was Mrs. Cheney‘s illustrator, too, and her book naturally leap-frogged mine. I remember thinking that the pause in our timeline was a good way to slow down my mind during that mind-boggling time. Plus, I would’ve waited years–a baker’s dozen–for Robin’s art.

What did Robin’s illustrations bring to your text?

Everything. What a gift. I wrote a little verse–a string of metaphors–that I hoped would be funny and playful and clever and sweet. Robin laid a visual narrative over the top, a whole ‘nother layer that pops with joy. She really brought the human presence to the page. I think all that Robin does is genius. My personal favorite is You Can’t Take a Balloon into the Metropolitan Museum, written by Jacqueline Preiss Weitzman (Dial, 1998).

Read. Read stacks and stacks of picture books. They are instructive and inspiring, and I think there is nothing sillier than to imagine one can be a writer without being a reader. People worry about becoming imitative, but my own experience has been that reading the work that I admire (and the work that I don’t) helps me to recognize my own authentic voice more easily. When I read Cynthia Rylant, for example, I feel more determined than ever to stick to my own chops and write what I believe in. She’s been a North Star, to be sure.

How about beginning children’s poets?

Again, read. But read aloud. Poetry should resonate–and not just on the page. I think that to write compelling poetry, we need to be able to hear it. It’s like watching a kid learn how to play an instrument or sing on key. You’ve got to grow your poetic ear. Also, humor. Humor offers an open door into poetry for children. Mary Ann Hoberman comes to mind. And really, for adults, too. Billy Collins became poet laureate because he was able to make ordinary folks laugh–with poetry. Imagine!

What have you learned about publishing since selling your first book?

Really, I’m learning on the fly. Early on, I wrote and submitted intuitively so everything I know about craft and submitting and marketing is new, or at least new at the conscious level. I’ve been beneficiary to a remarkable breadth and depth of knowledge, thanks to a generous network of writers–many of whom I met through Austin’s SCBWI chapter. They exchange work with me, over coffee or online, and give me editor’s names and tell me stories and share their lucky omens. That’s been priceless, and fun. And the other most elucidating thing for me is teaching new writers about the craft; there’s something about articulating the practice to others that helps me embody it myself.

I do a lot of laundry and a lot of yoga, I watch a lot of home-made musicals and pick up a lot of piles. I’m a mom of young kids at a school with a lot of sign-up sheets. Time is a tricky juggle. Every day I try to balance one piece of my life with another. I’m lucky to have a desk, a heap of ideas and a husband who thinks it’s good, what I do.

I have high hopes that my picture books will see the light of day soon (look for titles “Alia’s Good Tidings,” “The Good-Pie Party,” “Moolie the Seasick Seal,” and “The Old Man and the Marvelous Wind.”) My newest project is an historical middle-grade novel that’s as-of-yet untitled. Stay tuned…