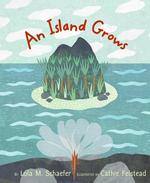 The Charlotte Zolotow Book Awards have been announced. The award “is given annually for outstanding writing in a picture book published in the United States in the preceding year.”

Honor books include Mrs. Crump’s Cat by Linda Smith, illustrated by David Roberts (HarperCollins, 2006)(recommendation), which was named to my list of Cynsational Books of 2006.

I’m heartened that the Zolotow award recognizes picture-book writing. This field tends to be underestimated and underappreciated. Brevity can be deceiving, suggest that the task is easier, quicker. Yet I know from my own efforts that some eighty or more drafts are often necessary. There is no time for false notes. Every word must sing.

Congratulations to the honorees! Scroll for the complete list.

See a June 2000 interview with Ginny Moore Kruse on the Charlotte Zolotow Awards. My apologies for the broken links on this page. CCBC has reorganized its site since they were posted; updates to my main site are ongoing.

How To Write A Children’s Book by Eve Heidi Bine-Stock (E&E, 2004). Analyzing more than twenty-five classics such as The Very Hungry Caterpillar by Eric Carle and Sylvester and the Magic Pebble by William Steig, this academic look at picture book and picture storybook structure can offer writers insights into their own work at many stages. Have an idea for a story but not sure how to begin? Read this book. Stuck in the middle and don’t know what to do next? Take a look at this book. Uncertain about the overall plot? Bine-Stock dissects the parts of each example to reveal how its author created the whole. This clinical approach to plotting shows how the masters of the craft have succeeded. Recommendation by Anne Bustard, author of Buddy: The Story of Buddy Holly (Simon & Schuster, 2005)(author interview). Visit Anneographies: Picture Book Biographies.

Picture Writing by Anastasia Suen (Writers Digest, 2003). Both wide and deep, this is a helpful overview and get-you-thinking look at various types of children’s books. Especially recommended to picture book writers and children’s poets. Check out Anastasia’s blog, Create/Relate: News from the Children’s Book Biz.